Engraving of the stowage plans of the slave ship Brooks, 1814.
GraphicaArtis/Getty Images
By Jim Downs

Since the outbreak of COVID-19, many have been frustrated by the ways in which the Centers for Disease Control and Prevention (CDC) keeps changing its rules and response to the pandemic. What most don’t understand is that the field of epidemiology is always like that. Protocols about how to control an epidemic mostly develop in the middle of crises. But those crises have not only been of the medical variety, and knowing more about that history provides an important lesson for those living through the pandemic today.

In fact, many of the tools that we are using to control the pandemic—observation, surveillance and data collection—developed not from scientific inquiry in isolated laboratories, but rather as urgent responses to crises that arose due to the transatlantic slave trade and the expansion of the British empire. That troubling past is a reminder of how medical advances can occur on the backs of human beings with no say in the matter.

Slavery and imperialism both led to unprecedented social arrangements that congregated people into crowded environments where they were under constant surveillance. Although military and government officials established surveillance mechanisms to subjugate these populations, doctors were also part of these regimes and began to observe the spread of infectious disease. Slave ships and colonial plantations emerged as new environments that enabled doctors to study epidemics. Their investigations happened just as medical knowledge in general was undergoing a transformation. Doctors began to move away from the idea that supernatural forces produced epidemics and began to turn to how environments caused the spread of infectious diseases.

Most histories trace the development of epidemiology to London in the mid-19th century when physician John Snow ventured into a poor neighborhood in Victorian London to investigate a cholera outbreak. By collecting data of various patients and observing their daily practices, Snow eventually traced the disease’s spread to a water pump in the center of the neighborhood. He expanded the role of the physician from a healer to a detective. By observing the cholera outbreak in real time, Snow was able to control it. He subsequently became lauded as the “Father of Epidemiology.”

But this label is not entirely accurate. Snow was part of the London Epidemiological Society, which included a group of physicians who had, out of necessity, become investigators of global epidemics. The doctors who served on slave ships, colonial regimes and throughout the empire became the first epidemiologists. The tools to manage the empire—record keeping, surveillance, and observation—have also, by no coincidence, become the major tools that epidemiologists depend on today.

While there are scores of books that examine the vexed history of medicine and imperialism, namely how these violent takeovers led to the spread of infectious disease, British imperialism also created vast bureaucracy that enabled physicians to systematically document their observations, collect data and serve as the liaisons between the medical profession and the government.

When a cholera pandemic broke out in Jamaica in 1850, British government authorities sent Gavin Milroy, a Scottish physician and Snow’s colleague, to assess the outbreak in order to protect its economic investment in the Caribbean. Milroy treated a Black fisherman named Phipps, who lived near the “filthy negro yards” and left his “hovel” early in the morning to go to a nearby village. During the day, he was “attacked with diarrhoea and pain in the bowels.” After returning home, Phipps felt “faint” and “very weak.” The symptoms persisted into the next afternoon, and Phipps died the following morning. He is thought to be the first cholera case in Kingston.

Milroy also evaluated the housing conditions that Black Jamaicans had to endure. He noted that the lack of ventilation exacerbated the spread of disease. Six to 10 people might be crowded together at night in a small room with the windows and doors closed. Milroy—observing the disease in the middle of a crisis—ultimately concluded that cholera spread as a result of unsanitary conditions.

Decades earlier in 1783-84, physician Thomas Trotter was assigned to oversee the health conditions aboard the Brooks, a slave ship that transported captive Africans to the Caribbean and the southern United States. When Trotter went below deck, he lated wrote that it was “difficult to move without treading upon them” and that he struggled to breathe. No precautions were taken “to preserve the health of the slaves.”

At one point, an African man whom Trotter described as “corpulent” complained of a hardness on his right arm. By the next day, the hardness had spread to the upper part of his forearm, and he experienced “some contraction at the joint of the elbow.” Eventually it spread to the shoulder, neck, and lower jaw. Once the enslaved man’s neck was affected, he became delirious. His tongue was “locked between the teeth” and then lolled out of his mouth for three days before he died.

Trotter’s initial treatment—a warm bath and medicine—was ineffective. When he inspected the man’s mouth, he noticed that his gums were “spongy” and “bleeding,” his back teeth were loose and his breath was “extremely disagreeable.” Once he noticed these symptoms, he was convinced that the man was suffering from scurvy.

By April 1784, three months after the ship had departed from Africa, seven to eight people had died. Trotter reported that the number of enslaved Africans with scurvy continued to escalate. Of the roughly 600 enslaved Africans who arrived in the Caribbean, Trotter diagnosed 300 of them as having some degree of scurvy.

Decades earlier, in the 1740s, the Royal Navy surgeon James Lind had demonstrated that consuming oranges and lemons could cure scurvy, but the treatment was contested at the time. Trotter, who had limited experience in treating the disease, noticed the enslaved Africans, like other scorbutic patients he had observed, displayed a strong desire for acidic foods. Through an experiment, Trotter found that those who ate ripe guavas did not improve, while those who consumed limes or green guavas “were almost well.“

Once the ship arrived in Antigua, and then when it stopped in St. John, Trotter procured fresh vegetables and fruits to feed those who had scurvy. Once the enslaved Africans began to eat citrus fruit, their symptoms quickly dissipated and their health improved.

In 1786, after returning from his voyage, Trotter published Observations on the Scurvy in London; a revised edition appeared in 1792. In the book, Trotter not only used his observations of enslaved Africans to corroborate Lind’s theory, but he also disputed alternative theories and discussed factors that increased susceptibility to the disease.

The field of epidemiology, however, is not simply about the methods innovated by even the most sophisticated medical practitioners. It’s a field that studies, in clinical terms, “populations” but, in more colloquial terms, people. Imperialism and the transatlantic slave trade depended on the violent subjugation of people. There are many history books that have powerfully detailed these horrors but this form of violence also has indelibly informed the advancement of science. Our efforts to control the pandemic were not invented by scientists at the World Health Organization or even by doctors two centuries ago in Europe and the United Kingdom. Instead, the tools to control the pandemic began when doctors observed the spread of infectious disease among enslaved and colonized people.

At the heart of epidemiology is a history of violence and conquest. Imperialism and the transatlantic slave trade depended on the violent use of power to assert authority over people in a particular setting in order to understand how diseases spread.

The names of the anonymous people who doctors studied have been mostly lost, not seen as a vital part of this larger scientific transformation, despite the fact that their sickness and often death led to the creation of epidemiology. The conditions in which these people suffered also reveals a key aspect about epidemiological practice: that new insights about the spread of epidemics happen on the ground in real time and cannot be simply imagined or even predicted as part of a thought experiment. History urges us to remember that at the center of epidemiology are people who are suffering.

Jim Downs, is the Gilder Lehrman-National Endowment for the Humanities Professor of Civil War Studies and History at Gettysburg College, and author of the forthcoming book, Maladies of Empire: How Colonialism, Slavery, and War Transformed Medicine, available Sept. 7 from the Harvard University Press. 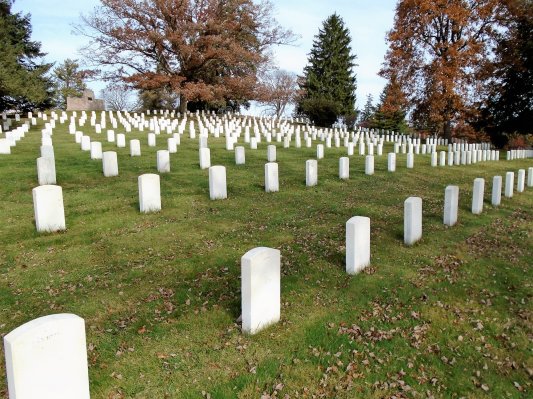