Let's Not Rush to Judgment About the Withdrawal From Afghanistan

As I listen to the commentators discuss the current situation in Afghanistan, the central question does not seem to be whether we should leave the country, but why it happened so fast and chaotically. The situation is being described as a catastrophe, a disaster or an American failure.

The developing consensus is that this is mostly the fault of the President and his administration—that the decision to leave was the correct one, but the management of the departure of our forces was mishandled and inadequately planned. Left unanswered and frequently unasked are the complicated questions of what alternatives were available, and how or whether they might have played out more effectively. Though I believe that mistakes were made, the rush to assign blame to the President and his team is unfair at this point, and there will be plenty of time this fall for the relevant congressional oversight committees to determine what went wrong—and right.

A key question is whether the speed of the Taliban’s takeover was either expected or should have been anticipated. In order to answer this, it’s important to focus upon the basic cause of the current situation—the utter collapse of the Afghan government and the failure of Afghan security forces to put up even token resistance to the Taliban’s lightning sweep across the country and into Kabul.

In their rush to assign blame to Biden, the critics largely ignore this elephant in the room—that it wasn’t our job to stop the Taliban in Kandahar or plan the defense of Kabul with the few American troops then remaining in the country; that was the responsibility of the Afghan government and they didn’t do it. But shouldn’t good intelligence have predicted this?

Some intelligence analysis deals with hard, tangible facts, and even then there is often not consensus. How many troops does the Taliban command? How many Afghans are in the security forces? How well are they trained? What is the status of arms and ammunition on both sides? Who controls what territory?

A more difficult intelligence challenge is to assess questions of psychology and motivation—how committed are the Taliban troops? What is the attitude of local leaders toward the Taliban? Toward the government? And, most importantly, do the Afghan forces have the will to fight? This latter turns out to have been the critical question and the most difficult to answer in advance of the final battles. The Afghan government collapsed faster than most anticipated, and it will be my job as a member of the Senate Armed Services and Intelligence Committees to help determine whether we either saw this coming or should have seen this coming, and, if so, why we seemed to be caught off guard.

As I mentioned, there have certainly been mistakes—the most serious of which was the Administration’s slow, overly bureaucratic response to the plight of the Afghans whose lives are in danger because of their assistance to us over the years, especially early in the process. Indeed I (and many of my colleagues) said publicly months ago that the White House’s “hair should be on fire” over this issue. But even the fairness of this criticism is not entirely clear: we now know that the Afghan government specifically informed the White House in June that they believed such a mass evacuation could easily trigger the downward spiral of morale and confidence which got us to the place we are in right now.

Similarly, the criticism that we were not prepared for the speed of the takeover is not entirely accurate. In fact, some troops that reentered the country to secure the evacuation were there within days because they had been prepositioned in the region for just such a possibility.

Since the initial chaotic start, the performance of the Administration was considerably better than is commonly understood; as of this writing, over 120,000 people—Americans, foreign nationals, and Afghans who have aided us during the course of the war—have been evacuated in one of the largest airlifts in history. This was a major logistic, diplomatic, bureaucratic and military accomplishment.

Of course, last week saw a deadly terrorist attack which took the lives of Americans and Afghans alike. This was a tragic and senseless loss and certainly underlined the precarious security situation at the airport. It’s important to acknowledge, however, that this attack was carried out by one ISIS-K suicide bomber with an explosive vest, one of the hardest of all terrorist plots to anticipate and thwart. I’m not making excuses here, merely trying to inject a little realism into the analysis of this complex situation.

My life in politics has taught me that when problems arise, it’s always someone’s fault; the role of chance, good faith miscalculation, or unanticipated consequences is rarely acknowledged. The problem, of course, is that layered complexity or waiting for more information doesn’t make for the most compelling television or analysis, but this doesn’t make it any less important that we search for it—for ourselves and for the men and women who served, who deserve clear answers to difficult questions.

The fact is that scenes such as those we are seeing today were likely sooner or later, once the decision to leave was made. One thing that is not in doubt is that U.S. troops, diplomats and coalition partners who served and sacrificed in Afghanistan over the last 20 years did so in pursuit of a noble cause: making us safer here at home. 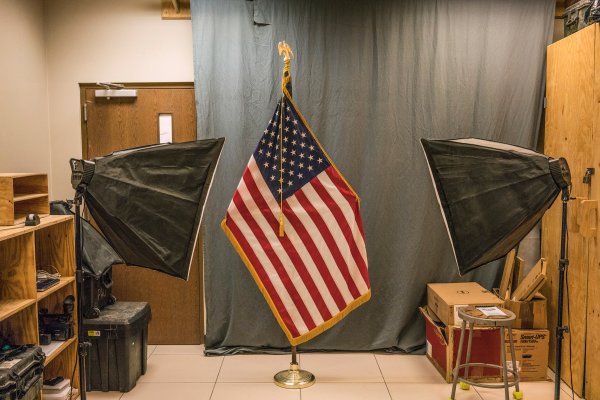 Afghanistan Withdrawal Exposes a Fault Line in Our Democracy
Next Up: Editor's Pick