California's Wildfire Problem Could Be Solved by a Few Legal Changes

It’ll take billions of dollars, tens of thousands of new forestry workers, and a systematic rethink of the way we build homes and manage the land to solve some parts of California’s wildfire crisis. Other aspects might be fixed with a paper and pen.

As a series of conflagrations burn through much of California, displacing thousands and filling skies with smoke, it might seem strange to say that changes to a few statutes could make a difference. Indeed, the lion’s share of the problem of West Coast wildfires is systemic, with decades of overgrowth in California forests combining with hot, dry weather exacerbated by climate change to create the perfect storm for the blazes that have consumed more than a million acres in the state this year. Easy answers have been hard to come by, with disagreements over strategy rampant and state and federal agencies at odds with one another over how to prevent seasonal wildfires going forward. But some lawyers say that tweaking a few legalities could make a real difference.

Take liability laws around controlled burns. Small, well-managed burns are an essential aspect of land management in many fire-prone areas, removing tall brush and dead foliage that can cause bigger fires to burn out of control under the worst weather conditions. But some laws actually disincentivize landowners from taking such steps. In much of California, a landowner who undertakes to start a controlled burn on their property has to jump through a series of hoops, proving they have the expertise to set a controlled fire that will stay controlled, and under conditions where smoke will disperse relatively quickly. But even if they do everything right, if a neighbor sees smoke from a permitted controlled burn and calls fire control, the landowner gets billed for the firefighters’ trouble under current regulations in many areas, incurring a debt that can run to tens of thousands of dollars.

“There’s a bias in the law over the last 100 years toward creating lots of liability for people who try to create fires on their lands, and no liability for people who keep their land as a tinderbox,” says Michael Wara, a research scholar focusing on climate and energy policy at Stanford University’s Woods Institute for the Environment. He says many of those who plan controlled burns are firefighters volunteering time in the offseason to make their own communities more resistant to wildfires. “If we’re not going to pay them, at least we shouldn’t put their own personal wealth at risk when they’re trying to be a good Samaritan,” says Wara.

In some parts of the state, particularly in the hotter, drier south, fire departments can declare a dangerously overgrown and fire-prone property a public nuisance, and then either have the landowner mitigate the problem themself, or else send workers to do it and bill the landowner later. But in some parts of Northern California, where drought has more lately brought extreme fire risk, county commissioners have to vote to declare an individual property a nuisance, a hurdle which all but guarantees that the procedure occurs seldom, if at all.

However, a significant chunk of California—and a large part of the land that has burned this season—is owned by the federal government, and with local authorities lacking jurisdiction over federal lands, no county board is going to make much headway accusing them of being a nuisance. Federal land management policy is a hotly contested issue in D.C. and Sacramento, with some officials advocating to stomp out every fire as soon as it is detected against the advice of scientists and forestry experts, who say it’s better to allow smaller burns to clear out decades of built up underbrush in order to prevent the worst and most dangerous conflagrations that can send clouds of wildfire smoke drifting into large cities.

There’s one legal change, Michael Wara thinks, which could help improve that conversation. Currently, wildfire smoke isn’t counted as air pollution under the Clean Air Act, even as it causes thousands of deaths across the state. A change to that policy might cause the U.S. Environmental Protection Agency to get involved in the issue of forest management, potentially forcing federal action with an eye more toward protecting vulnerable populations from wildfire smoke. “That’s the kind of thing that EPA should be thinking about,” says Wara. “They’re not, because they have no legal obligation to do so.”

The original version of this story misstated Michael Wara’s affiliation. He works at Stanford University’s Woods Institute for the Environment, not Stanford Law School. 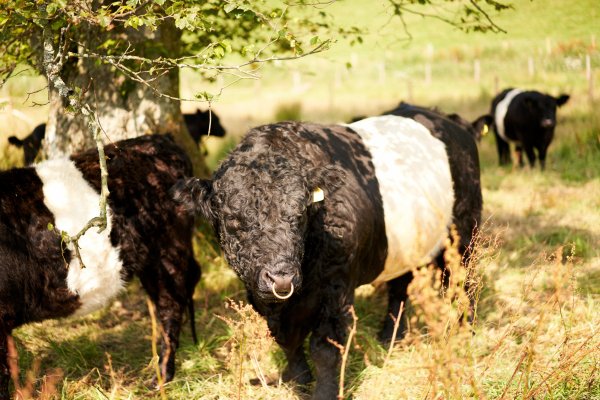