We Don't Need a Cure for Autism. We Need to Make Living With It Easier

The U.S. Capitol building.
Sarah Silbiger—Getty Images
Ideas
By Eric Garcia
Garcia, a widely published journalist, is the author of We Are Not Broken: Changing the Autism Conversation

In 2006, Congress passed the Combating Autism Act. When President George W. Bush signed the bill into law, he said, “I am proud to sign this bill into law and confident that it will serve as an important foundation for our Nation’s efforts to find a cure for autism.” The law’s bipartisan passage was a year after Autism Speaks was founded by Bob and Suzanne Wright in response to their grandson Christian’s autism diagnosis. Autism was entering the public discourse and becoming a cause for mobilization by elites. But this push has not made autistic people’s lives better.

I know because growing up in Southern California as a teenager with what was then known as Asperger’s Syndrome, I absorbed all this messaging about autism. I remember as a rock-and-roll-and-heavy-metal loving teenager, seeing an ad with Tommy Lee of Motley Crue and Roger Daltrey of the Who panicking about the rates of autism diagnoses in children. Gene Simmons of Kiss warned in that same ad that it affected more kids than childhood cancer, Type 2 diabetes and cystic fibrosis combined.

Of course, autism is not a deadly disease like any of those other diseases, and the spike in diagnoses were caused by improvements in both diagnostic criteria and public policy. There were more cases because we were looking for more cases. Nevertheless, this moral panic took hold, which opened the door for bad-faith actors like Dr. Andrew Wakefield and former model Jenny McCarthy to play to people’s fears about vaccines based on spurious claims. While the advocates for a cure for autism were not as pernicious as the anti-vaxxers, they were rooted in the same pernicious idea: that autism is something to be eradicated and therefore, autistic people were somehow damaged individuals.

In the 15 years since the Combating Autism Act was signed, there is little evidence that efforts to find a cure for autism have borne fruit that has improved our lives. Even as Autism Speaks and other organizations have moved on from focusing on a “cure,” much of the research continues to be on the causes and risk factors. According to the Interagency Autism Coordinating Committee’s Portfolio Analysis Report, in 2018, both public and private entities in the U.S. spent $387,680,492 on autism research, including public and private funders. In that year, 42 percent of research money was spent on biology, 19 percent on risk factors and 13 percent on treatments and interventions. Conversely, only six percent of the money was spent researching services and half of that was spent on lifespan issues.

Studying biology is not inherently bad, but focusing and spending so much on what causes autism to the detriment of learning what can improve autistic people’s lives today shows how our society has misplaced priorities. Spending reflects values and as of right now, it’s clear that autistic people’s needs and wants are not being clearly heard.

And this is not for a lack of things to research about autistic people’s lifespans. Many autistic people still struggle to find employment—one study showed that autistic people in their early 20s had a lower employment rate than their disabled peers—and that is to say nothing of autistic people who go undiagnosed or diagnosed later, which is often the case for women, femme-presenting people and people of color. Similarly, it is divorced from the legitimate health needs such as how that biggest killer of autistic people with intellectual disabilities is epilepsy while those without intellectual disabilities are also at risk of dying from circulatory diseases like heart disease or suicide. Similarly, plenty of autistic people I interviewed for my book dealt with homelessness and poverty, while others are unable to access programs like Supplemental Security Income because they are not “disabled enough,” even while struggling to find employment.

All of these problems illustrate how too frequently society disables autistic people as much as autism itself does—and lest I be misinterpreted, autism is indeed a disability with impairments. But the failure to address this will continue to make daily life for autistic people insurmountable.

Thankfully, in the years since then, a new generation of autistic advocates has begun to articulate their needs. The Spectrum Generation was diagnosed as the criteria for autism in the Diagnostic and Statistical Manual for Mental Disorders expanded in the 1980s and the 1990s and benefited from the promise of a Free Appropriate Public Education guaranteed in the Individuals with Disabilities Education Act. Those two prongs failed to fully meet their promises—many diagnoses were folded into the larger umbrella of Autism Spectrum Disorder while the federal government failed to fully fund what it pledged to spend on disability education. But these initiatives gave this generation (of which I am a part) their first tastes of rights and a better understanding of themselves.

Nowadays, these autistic people are asking that they have input in the policies that will determine their futures. The Combating Autism Act was later renamed the Autism Cares Act when it was reauthorized in 2014 and that was reauthorized in 2019. Autistic people advised presidential candidates as diverse as Pete Buttigieg, Elizabeth Warren and Bernie Sanders when they proposed disability policies in the 2020 Democratic primary. Similarly, when new members of the IACC were named, the gamut of autistic people were included, including minimally speaking people like Hari Srinivasan, and people with intellectual disabilities like Ivanova Smith.

Autistic people’s capacity to determine our own fates is only as good as the choices that are given to us as a direct result of policy decisions and culture. They deserve to help shape that decision making. In turn, autistic people are asking the world to lay down its arms and make peace with us. 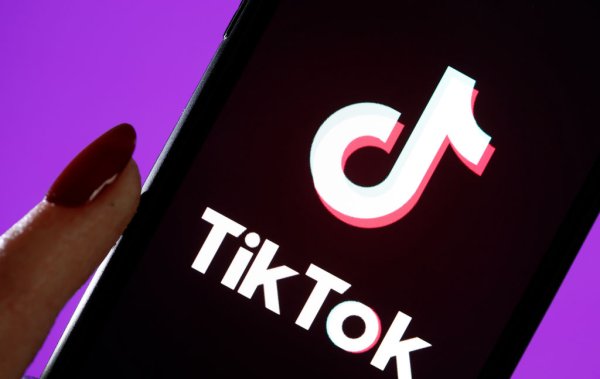 RushTok Is a Mesmerizing Viral Trend. It Also Amplifies Sororities’ Problems With Racism
Next Up: Editor's Pick