Biden Must Keep U.S. Operatives in Afghanistan To Enable the Counterterrorism Mission

Ideas
By Bilal Y. Saab and Mick Mulroy
Saab, a former Pentagon senior advisor with oversight responsibilities for security cooperation in the broader Middle East, is a senior fellow and director of the Defense and Security Program at the Middle East Institute (MEI). Mulroy, a retired CIA paramilitary operations officer and U.S. Marine, an Afghanistan Veteran, and a former Deputy Assistant Secretary of Defense for the Middle East, is a Senior Fellow at MEI.

In his April 14 speech, President Joe Biden stated that despite withdrawing all U.S. troops from Afghanistan, his administration will continue to do two things from over the horizon: First, it will “reorganize our counterterrorism capabilities…to prevent [the] reemergence of …the threat to our homeland.” Second, it will “keep providing assistance to the Afghan National Defense and Security Forces.”

Even though no one in the administration has officially said it yet, the second goal is assumed to be off the table now for the simple reason that a national Afghan army no longer exists. With the Taliban taking over the government, many Afghan soldiers have surrendered, some have joined the Taliban, while others have fled to neighboring countries.

The first goal, which relates to our ability to hit counterterrorism targets in Afghanistan from a distance, is feasible, but it requires a U.S. presence on the ground. No, not the thousands of American troops we had prior to the withdrawal, but merely dozens of CIA covert operators to enable a more effective counterterrorism strategy in the country (it’s unclear if the CIA already has a presence).

The U.S. military has lots of fighter, tanker, surveillance, and bomber aircraft at Al Udeid Air Base in Qatar, Al Dhafra Air Base in the United Arab Emirates, and Kuwait’s Ali Al Salem and Ahmad al-Jaber air bases that can strike enemies in Afghanistan from afar. But we need American eyes on the ground as well as a local partner to know which threats to neutralize, when, and how. The main reason why we were effective in the counterterrorism mission in places like Syria, Yemen, Libya, Somalia and elsewhere was because we had, and in some areas still have, a light, specialized footprint and a trusted domestic ally to contain and collect intelligence on the enemy.

But not all of the Afghan military has folded. There are elements within the Afghan Air Force and Special Operations Forces, with which we worked very closely over the past two decades, who are resisting and joining hands with Panjshir Commander Ahmad Massoud, the son of Ahmad Shah Massoud who led the Northern Alliance of forces as it fought the Taliban in the 1990s. In an opinion for The Washington Post a few days ago, Massoud Jr. has made it clear that he and his men have every intention of stopping the Taliban from completely taking over the country, but he also asked the U.S. for help with arms and logistics.

We can and must provide that assistance not to help defeat the Taliban, fix Afghanistan, or remove our moral stain, but to achieve a much more limited objective, one that’s stated by the President himself, which is to ensure that no major attack against the U.S. or U.S. strategic interests is launched from Afghanistan.

Yet we can’t do that strictly from afar. If we’re going to militarily assist the Afghan resistance that’s currently forming, the CIA has to have personnel on the ground to confirm where the weapons we’re sending are going and whether they’re being properly used, if at all. Only we can effectively monitor arms consumption rates and advise our Afghan partners on how to use the right type of ordnance for the right mission. Weaponeering—i.e., designing an attack with weapons—is crucial. You don’t drop a two-thousand pound bomb on a mud hut.

In terms of logistics, which Defense Secretary Lloyd Austin mentioned we could provide from over the horizon, we would actually have to do it from inside the country. If not, we would be forced to box up those military items and send them to Qatar and other locations including all the way back to Alabama and other U.S. manufacturers and maintenance facilities. Not only will this be wildly inefficient but it will greatly distract from the combat mission.

An over-the-horizon military assistance approach in Afghanistan would have been slightly more doable had the Biden administration, or the ones before it, acquired better access and basing in neighboring countries.

Granted, it was never going to be easy to establish such access from Turkmenistan, Tajikistan, and Uzbekistan, or further north from Kyrgyzstan and Kazakhstan because these states are either under the influence of the Russians, are allies with the Russians, are dependent on the Russian economy, or just wish to preserve a measure of political neutrality in their relations with Washington and Moscow.

But the apparent lack of U.S. preparation for such an eventuality is dumbfounding. Ever since we handed back our only Central Asian airbase to the government of Kyrgyzstan in 2014, which transported more than 5.3 million servicemen in and out of Afghanistan and administered tens of thousands of cargo shipments and refueling missions, it’s like we gave up on the entire region.

Many, probably within the administration, will oppose the idea of sending back U.S. military personnel to Afghanistan, no matter how few. They’ll claim that if hundreds of thousands of troops, billions of dollars, and more than twenty years couldn’t improve the situation in Afghanistan, a lighter, covert presence with a smaller budget will not do any better.

But that would be misleading. The objectives have changed. We’re not even pretending to stabilize Afghanistan anymore, or build a national army, or stop the Taliban from brutalizing Afghan society and denying women their basic rights. The ship has sailed on all those worthy goals. We’re now down to one core priority, which is to defend Americans. And there’s no way we can do that, at least effectively, without CIA officers with an effective partner force on the ground in Afghanistan. 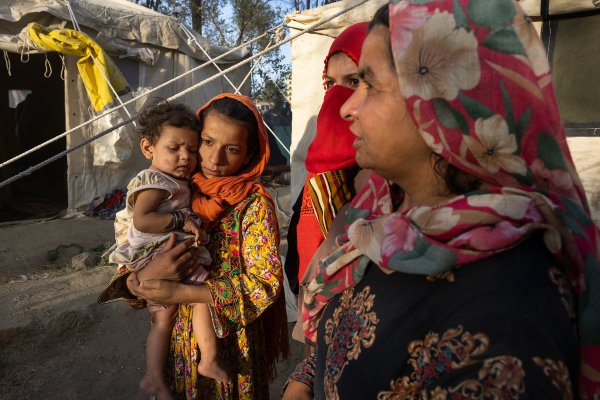 Afghans Deserve So Much Better Than This
Next Up: Editor's Pick