I'm a Councilman in the Least Affordable Region in the U.S. Here's How We Can Fix the Housing Market

Not long ago, I texted one of my constituents—someone who was deeply engaged in his community—to let him know about an upcoming debate for an issue on which he’d been a vocal leader.

Sorry, he texted back, he had actually moved out of the region a few months ago. Sadly, I wasn’t surprised. In the short months since being elected, nearly all of the young volunteers who had pitched in to help my campaign had either moved out of the region or were in the process of doing so. These were people invested in their community’s issues, who were forced to make a choice between staying and affording a home.

Campbell, Calif., where I serve, is part of the San Jose metro region, the most unaffordable housing market in the entire United States. I grew up here and experienced housing insecurity myself—my childhood family home was lost to foreclosure—so I’ve made housing a central focus. The pandemic has sharpened the inequality in the housing market, with single-unit prices in the Bay Area reaching their highest ever and tenants across the country facing an eviction crisis.

The problem is worsening nationally, but new research is increasingly clear on a solution that can be implemented locally: just build more housing.

While rising construction costs in labor and raw materials play a role in runaway housing costs, the major contribution is simply supply and demand. In a market as supply-constrained as housing, new construction—not just “affordable” but also market-rate units—helps to stabilize prices at both the metro-level area as well as in the immediate vicinity of new developments, as shown in a new UCLA study. “At the heart of this is the fact that we have just failed to build enough housing for a growing population over a period of decades,” says Shane Phillips, researcher on the study and author of The Affordable City, “and it’s only getting worse.”

Unfortunately, local city councils, which set housing standards through zoning ordinances, often impede new construction. Even when projects are approved, they are rarely built to the maximum density allowed and often downsized as the project progresses, often in response to the concerns of the most vocal residents. Many people who live in neighborhoods with single-family homes don’t want to see an apartment building or development go up in their area. But constraining supply in this way is precisely what has led to the exorbitantly high home prices we see today.

Nationally, 75% of residential land is zoned for single-family homes, limiting the amount of new housing that can be built to one house per parcel, and often with additional requirements for yard size and parking. In San Jose, that number rises to 94%, meaning that in one of the most prosperous regions of the country, it is illegal to build the vast majority of housing—anything larger than a single-family home. In some cities such as San Francisco, the appeals process is especially burdensome, with residents able to slow proposed projects down for years. With these kinds of restrictions on housing in place at the local level, construction costs will be higher. “It has become much more difficult to build housing,” Conor Dougherty, author of Golden Gates: The Housing Crisis and a Reckoning for the American Dream, says, “and as a result we have less housing—and the housing that we do build is more expensive.”

Signage lays on the ground during a protest outside the Santa Clara County Courthouse in San Jose to halt eviction proceedings from taking place on Jan. 27. Although rent moratoriums were instituted to help people who lost their jobs due to coronavirus shutdowns, certain types of eviction actions are still going forward.
Gabrielle Lurie—The San Francisco Chronicle/Getty Images

The societal costs of a national crisis in housing affordability are high—the risk of locking entire segments of the population out of homeownership. It’s a concern I hear consistently from constituents, and it’s borne out by the data. A report this year by the Urban Institute predicted that at current rates, homeownership in 2040 would fall to levels not seen since 1960, with losses concentrated among young people and Black households.

​​In fact, the origins of single-family zoning and other discriminatory zoning practices are pernicious and reach back decades. Historian Richard Rothstein, who has documented the racialized systems which shaped the American housing market, writes that “a series of racially explicit laws, regulations, and government practices combined to create a nationwide system of urban ghettoes, surrounded by white suburbs” — patterns which often persist today through the legacy of single-family zoning practices. As the population grows, Rothstein writes, restrictions on housing at the local level continue to reinforce this historic segregation.

With homeownership in America a primary means of building wealth, housing unaffordability therefore contributes to income inequality more broadly, resulting in an increased gap between those who can afford to buy and those who cannot—a dynamic which, in a feedback loop, fuels the affordability crisis. “We have seen a growing inequality and a bifurcation in the economy,” says Dougherty.

Data from real estate sales shows that in April of 2021, housing prices in the nine-county Bay Area were the highest in history. According to Dave Walsh, president of the California Association of Realtors, “the share of homes sold above asking price, the price per square foot and the sales-to-list price [are] all at record highs, while active listings remain at historic lows.”

But while housing is regulated by city councils and county governments, the implications of failing to build in one place, like California, are exported to the rest of the country. Predictions that the pandemic would bring the rise of telecommuting and thereby alleviate housing pressures have not borne out, Dougherty says. Even for those who have moved, “it’s not like people are telecommuting from some farm somewhere. They are moving from San Francisco to Seattle, or to Portland, or to Austin … Boise, Idaho.” These metropolitan areas, in turn, are facing their own affordability crises. The slow pace of construction in the Bay Area has a spillover effect across the country.

My community is ground zero for the housing pressures other regions could soon be facing. But we don’t have to wait for federal action—this is a problem that can be solved locally.

Nationally, governmental regulations are responsible for 23.8% of the cost of housing on average, so streamlining red tape can help to significantly reduce prices. Additionally, Shane Phillips says, policy proposals to address the housing crisis must not just increase supply, but also stabilize the housing market and prices through policies such as social housing—putting more housing in public hands and thereby keeping it affordable. “There is a larger role for government to play at the federal, state, and local level … The more that we can take things off the private market, the more stable things will be,” he says.

Local city councils can address these problems without any changes in law, simply by creating an environment encouraging of new developments rather than slow-walking projects or demanding reductions in density. This can also mean loosening zoning restrictions to allow infill construction in more locations and by reducing the areas zoned for single-family housing. In my experience, many communities already have duplexes and triplexes next to single-family units—developments which were grandfathered in despite current zoning practices—demonstrating that these denser units can add to both the character and inclusivity of a community. Local residents can make a big difference in this process by supporting new developments—having their say in the process without working to impede the additional construction which allows for communities to grow and thrive.

I’ve experienced firsthand what it’s like to face housing insecurity—feeling unmoored and at risk of losing your ties to the community. As a child, I witnessed strangers touring a house that no longer legally belonged to my family. I felt the swirling feelings of confusion, panic, and guilt that envelop you as you scramble to find a new place to sleep at night. It’s a burden that too many of my constituents are facing.

But while housing is an urgent issue of national scope, the good news is that all residents of a community can have a major impact at the local level. Anyone can speak up at city councils in support of housing and less restrictive zoning practices, helping to ease our housing crisis and building welcoming communities for all of us. 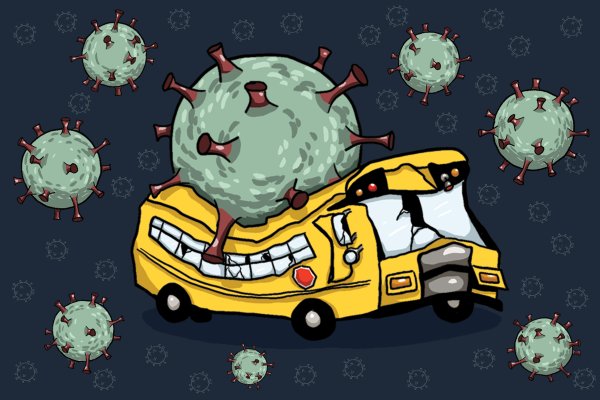 Parents Had Dreamed of a Smooth Return to School This Fall. This Is the Nightmare We're Facing Instead
Next Up: Editor's Pick