This fall, as many schools across the country are planning to reopen for full in-person learning, parents and educators are bracing for the third straight school year to be disrupted by COVID-19.

And yet, according to one survey by the Center for Reinventing Public Education, of the 100 biggest urban school districts in the nation, only 13 have some requirement that teachers be vaccinated. Just seven of those—Chicago, Denver, D.C, Portland, Seattle, Los Angeles, and as of Monday, New York City—have made the vaccine requirement universal for all school staff. Which means that the vast majority of biggest school districts in the country are allowing at least some unvaccinated teachers into the classroom, even if they have other safety requirements, like testing or masking.

“This should have been part of the discussion six months ago when teachers were asking for priority vaccination,” says Robin Lake, executive director of Center for Reinventing Public Education at the University of Washington, which tracks vaccination and masking requirements around the country. “It should have gone hand in hand with an agreement that if teachers are prioritized for vaccination, then all of their teachers will be vaccinated.”

After a summer of equivocating, both of the biggest national teachers unions have come out in support of vaccine mandates—kind of. The leaders of the American Federation of Teachers (AFT) and the National Education Association (NEA) have encouraged all teachers to get vaccinated, both unions have launched major vaccination initiatives, and both boast that roughly 90% of their teachers have already received the vaccine. But both unions are advocating for a policy of either mandatory vaccinations or regular testing, with language that leaves room for local unions to negotiate these requirements with their school districts. Which means the national unions are caught between their public posture and the inconsistent wishes of their local chapters, resulting in a sort of doublespeak: they say they’re supporting vaccine mandates, but they’re stopping short of demanding that every school district in America require every teacher to be vaccinated.

The question of whether to require teacher vaccinations ahead of the school year is becoming a matter of increasing urgency as the Delta variant rips through the nation. Early studies suggest that Delta is more contagious than the earlier iteration of the virus. Reports of child infections have skyrocketed. All of the available vaccines are safe to use, significantly reduce infection rates, and drastically reduce the incidence of severe symptoms and death—but children under age 12 are not yet eligible for vaccination, which is why there’s such a focus is on vaccinating the adults around them. But the patchwork nature of education policy means that regulations are often hammered out on a district-by-district or state-by-state basis, leaving some schools vulnerable to rules defined by the anti-vaccine sentiment entrenched in certain parts of the country. Still, the momentum may be shifting towards stricter vaccine mandates: on Monday, the FDA granted full approval to the Pfizer-BioNTech vaccine, the same day that New York City, the nation’s largest school district, announced it was requiring all school employees to be vaccinated.

The unions are in a difficult position: the national unions’ hesitance to embrace vaccine mandates has hurt their reputation on a national scale and angered parents fearing for their children’s safety, yet they are reluctant to do anything that might hamper the local unions’ bargaining power. And experts say that it’s very rare for national unions to do anything that would tie the hands of their local chapters. “National unions don’t want to usurp local bargaining power—if they come out in favor of a mandate, that could weaken the locals’ positions in bargaining,” says Brad Marianno, assistant professor of educational policy and leadership at the University of Nevada-Las Vegas. “They’re walking a really fine line balancing the local power of their unions against public perception.”

In their most recent resolution on vaccines in schools, the AFT encouraged all educators to be vaccinated but didn’t call for a strict nationwide mandate, instead stating that “as employers establish those vaccination policies, employees must have a voice in addressing the impact on workers through bargaining or other forms of consultation.” The NEA is also encouraging all educators to get vaccinated, while leaving room for local unions to negotiate their own mandates.

AFT President Randi Weingarten has been vocal about her personal support for mandates. But the resolution, she says, came from compromise, and a desire to leave room for teachers who can’t be vaccinated for medical reasons. “It is the language that I could get unanimity for,” she tells TIME. But the point, she insists, is that if local school districts implement vaccine mandates, the AFT won’t fight them. “What you see in this resolution is that we’re working with our employers, we’re not opposing them,” she says.

The NEA is taking a similar approach. “Everyone who can be vaccinated should be vaccinated,” says NEA President Becky Pringle. Still, she adds, “Any decision about requirements that school districts make, they need to be working with educators, they need to be at the table where collective bargaining is possible.”

But researchers say that requiring school districts to negotiate vaccinate requirements with unions is slowing down the mandate process. “In order for districts to work through those questions, they have to go back to the bargaining table often,” says Lake. “If districts mandate vaccines or other requirements for teachers, teachers are going to want to bargain those requirements almost always, and districts would rather not have to bargain right now. They have a lot on their plates.’’

All of this has contributed to the complex patchwork of COVID-19 regulations just as the school year is beginning, with positions quickly changing amid shifting state and local requirements. Some local unions, like the New York State United Teachers, have opposed vaccine mandates, while others are busy fighting for masking protections or social distancing.

In many conservative districts, vaccine mandates aren’t even on the table, no matter what the national unions say. In those regions, teachers are fighting simply to get school districts to require basic safety precautions like masks. Which means that while the national battle may be over vaccine mandates, the fight on the local level can be about anything from masking to social distancing to air filtration. “I don’t think teachers unions in places where they don’t want a vaccine mandate are pushing for a vaccine mandate,” says Lesley Lavery, an associate professor at Macalester College who studies education policy. The national unions, she says, “can say one thing, but they don’t have a ton of top-down authority, and so what happens across the country depends on what local unions want.”

For now, says Weingarten, encouraging vaccine requirements while allowing room for locals to negotiate was the best way to move the ball forward nationwide. “It was the most effective way to move the policy agenda,” she says, “since all of this is done locally.” 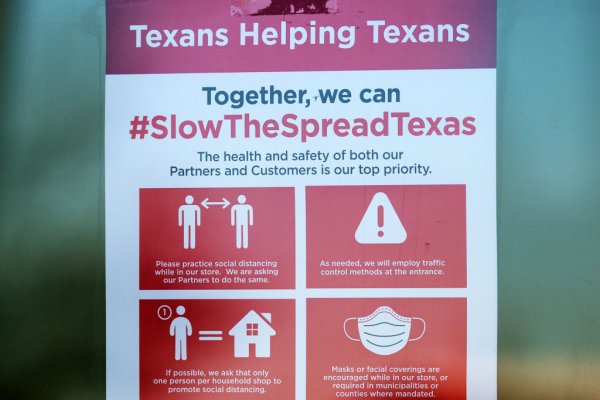 Why I'm Mandating that Austin Texas School Must Be Masked
Next Up: Editor's Pick