What to Know About the New 'Neon Genesis Evangelion’ Film, According to Series Creator Hideaki Anno

One of the most revered anime series in history has finally reached its thrilling conclusion with the Aug. 13 release of Evangelion: 3.0+1.0 Thrice Upon a Time, director Hideaki Anno’s final entry in the Neon Genesis Evangelion series. The fourth film of the series, which debuted in the U.S. on Amazon Prime, ends the story that began 26 years ago and remains a hallmark of Japanese animation.

TIME spoke with director Anno about his latest Evangelion film (itself part of a retelling of the original story dubbed Rebuild of Evangelion), and about what it means to end a franchise that’s maybe grown too big to satisfy everyone.

At last, newcomers and veteran fans alike can finally put an end to the story of Shinji Ikari and the world of Evangelion. The finale is here.

What is Neon Genesis Evangelion?

Neon Genesis Evangelion is set in the near-future rebuilt city of Tokyo-3, on an Earth suffering from an apocalyptic planetary disaster caused by giant, godlike creatures known as “Angels.” The show follows protagonist and Japanese teenager Shinji Ikari, who is coerced by his estranged father to put his life on the line as the pilot of a giant robot made to fend off the Angels.

NERV, the U.N.-funded paramilitary organization run by Shinji’s father Gendoh Ikari, defends the world from Angel attacks. But they’re also secretly fulfilling another aspiration unknown to the increasingly traumatized Shinji, his fellow teenage robot pilots, and his adult colleagues: the forced “ascension” of humanity and the elimination of individuality itself. In short, NERV wants to bring on the (second) apocalypse.

The series, with its subtle and not-so-subtle Judeo-Christian inspiration (it contains references to Biblical symbols like Adam, Nebuchadnezzar, and the fruit of knowledge), depicts the turmoil facing Shinji in a way viewers found enthralling, while highlighting the traumatic experience of life with an emotionally abusive parent. The show’s science fiction background and action-packed battles keep each episode engaging, even during the slower-paced moments when it plumbs the depth of each character’s mental state. Each Angel encounter, each request from Shinji’s father, each test of his own limits increasingly brings Shinji to his breaking point. All the while, secret organizations continue to manipulate Shinji and his fellow pilots to fulfill their nightmarish goal of “human ascension.”

The series debuted in 1995, during a period where the future of the Japanese animation industry looked uncertain. Evangelion became an international sensation and astounded audiences with its introspective nature, sometimes shocking imagery and a futuristic vision of deity-killing robots.

It was followed by films which reimagine the original series’ ending and expand upon its content, including 1997’s Neon Genesis Evangelion: Death & Rebirth, 1997’s The End of Evangelion and the Rebuild of Evangelion film series.

Additionally, Evangelion’s backstory has been added to in other forms of media, including a commercially successful manga series, video games and a series of award-winning musical scores.

Who is Hideaki Anno?

Hideaki Anno, the Japanese animator and director is most known for his creation of Neon Genesis Evangelion, and for founding the animation studio Gainax. Anno has also worked on animated films like Nausicaä of the Valley of the Wind, and live-action films like the critically acclaimed 2016 film Shin Godzilla.

In a translated interview with TIME, Anno explained how he views the final Evangelion film as a continuation of the series, but also a new perspective on the same reality.

It’s also why the ending of Evangelion: 3.0+1.0 Thrice Upon a Time may be a bit more upbeat than the traditional soul-crushing melodrama that the series has often delivered. In the end, Anno says Shinji mirrors his own experience.

“In the previous films, Shinji was only able to save himself,” says Anno. “But in the fourth film he grows, becomes more mature, and has room to save and care for those very close to him.”

It might be Anno’s final Evangelion project, but it won’t be his last anime. He says he’d be happy to create more as long as the opportunity is there.

“I love both [anime and live-action films],” he says. “I’m just choosing at the time what I want to do the most.”

Where can I watch the original series?

For a long time after its release, the Neon Genesis Evangelion anime was hard to find outside of Japan, with American audiences resorting to importing (or stealing) the series. Luckily, Netflix purchased the viewing rights to it in 2019, and it’s available for streaming right now, including the End of Evangelion film.

As for the four Rebuild of Evangelion films, they are now available on Amazon Prime Video, including this latest film, Thrice Upon a Time.

What is Rebuild of Evangelion?

The four-film tetralogy, known as Rebuild of Evangelion, is a retelling of the series, one that delves deeper into the world after the original series’ finale. It functions as a film adaptation that intends to bridge the gap between old and new fans. The films were also Anno’s way to create the series as intended, without financial restraint and with proper production quality; the original series ran into noticeable budget issues toward the end of production, leading him to alter the story.

Thrice Upon a Time, which Anno says is the final film he will be involved in writing, comes almost a full decade since the last entry in the Rebuild of Evangelion series.

Do I need to watch the original series before seeing the film series?

According to Anno, the film series should be enough of a self-contained story to satisfy newcomers, and act as a primer for the original series. As for the finale, it sure is a spectacle of a movie. Shinji is forced to confront his father one final time while rebuking his pre-written fate as the catalyst for the world’s end.

“People who haven’t necessarily seen the Evangelion series can also enjoy [Thrice Upon a Time], but the ending of the movie was also a bit of fan service to the previous fans who watched the entire series,” says Anno. “I put over a decade of my experience into this movie, so I think a lot of people can enjoy it.”

So is it good? That depends on your point of view. For newcomers, it would wrap up a pretty interesting retelling of the Evangelion universe, albeit one missing possibly the same emotional gravitas it had during its 26-episode run.

For fans, myself included, the feeling of watching what is said to be the final film is surprisingly soothing. While it leaves long timers with even more questions, it answers many. It wraps up the series the only way it can: with a universe-bending climax.

That doesn’t mean the book is closed on more Evangelion, however.

Ranging from action figures, model kits, custom-made bullet trains and thousand dollar Evangelion-branded Yoji Yamamoto jackets, the brand inspired by Anno’s series is strong, and shows little sign of slowing. It’s no wonder he’s left the door open to even more Evangelion in the future, even if he’s not at the reins.

“Story-wise, at least the story I’m involved with, has ended,” says Anno. “Between the second and third film there’s a 14-year gap. So there might be a story by someone told during that time.” 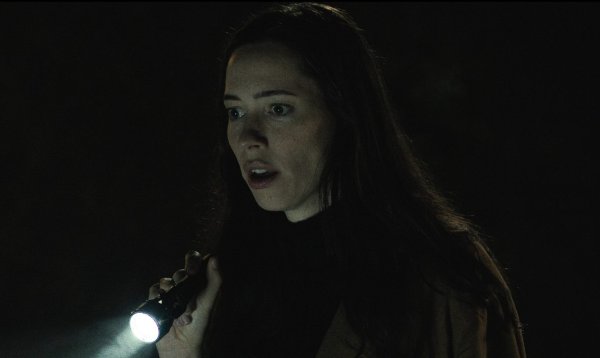 Rebecca Hall Shows Some Bristling Energy in the Otherwise Turbid Ghost Thriller The Night House
Next Up: Editor's Pick