You’re Not Imagining It: Biden Is Building His Team Slower Than Recent Presidents

Earlier today, President Joe Biden wrestled a win out of a deeply divided Senate and inched closer to signing a bipartisan infrastructure bill that spends roughly $550 billion in new money to fix roads, pipes and power grids. It was an inelegant finish to a messy process that has consumed much of his first days in office—and potentially one of his most important legacy achievements. Biden’s next fight is already underway on a bigger-ticket, $3.5 trillion, so-called soft infrastructure package that is far from a guaranteed win. And if you’re the White House communications team, you’re cursing New York Gov. Andrew Cuomo for resigning at the exact moment of the landmark bill’s passage, potentially bumping this victory from above the fold of tomorrow’s New York Times and off the covers of the city tabloids. With friends like Cuomo, who needs opposition leaders like Senate Minority Leader Mitch McConnell?

Getting infrastructure through Congress has been front and center to Biden’s first 200 days in office, which passed us by on Saturday. It also helps explain why other parts of his Administration are moving so slowly, in particular Senate confirmation of his nominees to top government jobs. Biden has put forward approximately the same number of nominees at this juncture as predecessors George W. Bush and Barack Obama, and markedly more than Donald Trump. Yet Biden is badly lagging all three in terms of getting them approved, according to a new analysis.

In all, 1,200 federal gigs require Senate sign-off under the body’s “advise and consent” power, from the big ones like Cabinet secretaries to lesser known posts like overseeing the quality of life for residents of the Mississippi Delta region.

At this point in his presidency, Bush had nominated 448 people to those positions, Obama had nominated 430 and Trump had nominated 308. Biden stands at 400. But the Senate at this point had confirmed 65% of Bush’s picks, 71% of Obama’s and 42% of Trump. Biden’s success rate is parked at 32%.

Sure, control of the Senate matters, but not as much as you’d think. Bush enjoyed a Republican majority for his first 137 days in office, racking up a 58% confirmation rate—but that rate jumped even when a GOP defection gave Democrats the majority in June of 2001. Obama had a Democratic Senate at his start, and Trump a Republican one. So, at least at the beginning of the first term, each had nominal allies at the Capitol.

Max Stier, the president of the Partnership for Public Service, the group that conducted the study, says the Senate’s “advise and consent” power has become used to delay and derail on many of these positions, a slow-walk meddling in what are meant to be senior positions at a co-equal branch of government.

“The incentives are on the side of creating a blockade,” says Stier. “A lot of times people don’t truly understand the consequences of preventing a confirmation. Look at Sen. Cruz, who’s saying no one’s getting through to the State Department because he has his concerns. He’s able to make his political point, [but] the cost of that isn’t something that most people actually track and understand, and it is a big cost.”

Stier has spent years considering the problems facing a federal workforce that, to his mind, has far too many positions that require Senate confirmation. The rigmarole of background probes, invasive questionnaires on personal conduct and finances, the political theater of confirmation hearings and the reality that these are all temporary positions make it tougher to recruit the best and brightest to Washington.

Now, I know there will be readers of this newsletter who will cheer the hollowing out of some highly paid federal bureaucrats. Such a war on professionalism was a hallmark of Trump’s presidency. Stier offers a counter-argument to that, that there are still hundreds more who are still in their jobs without someone actually running their operations. The career staff remain from one regime to another but leadership in these bureaus and agencies actually does matter. Billions are still being spent, whether someone is minding the store or not. And that’s why the numbers of vacancies may suggest a tightening of the belt but the reality is probably not as frugal, especially with no one at the helm. “It’s not actually about the individuals who are in charge. It’s about the limitations on their situations,” Stier told me last week by phone.

Two things happened between the Bush-Obama era and Trump that incentivized nominees’ delays. One, Senators became more involved in vetting the picks. The days of deferring to the White House are now long gone. It’s almost comical to remember Sen. John McCain’s constant criticism then-Defense Secretary Donald Rumsfeld but sliding in an aside of “the President has a right to pick his team.” By the time Trump was sending a raft of characters to the Hill, Senators were more than willing to call shenanigans on some, such as Andrew Puzder as Labor Secretary, (now-Congressman) Ronny Jackson to run the V.A. or K.T. McFarland to serve as the U.S. Ambassador to Singapore.

Two, a lot of these nominees are now household names. Activists have found you don’t have to be elected to be turned into a boogeyman; political operatives are getting the unwelcome glare of becoming proxies for their party’s political agenda. Education Secretary Betsy DeVos won confirmation during the Trump years only with Vice President Mike Pence breaking the tie, a history-making first for a Cabinet-level post to require that level of intervention. Neera Tanden saw her nomination fail in the current Democratic Senate, and Biden still hasn’t named a replacement for her nomination to lead the Office of Management and Budget. Biden fought like hell behind the scenes to prevent that from happening to two Justice Department picks whose names were broadcast almost hourly on Fox News in coverage and paid ads.

Which is why making these individuals ubiquitous—at least in very small circles—also makes them valued targets. We work in a political environment that incentivizes some pretty dubious behavior, and it’s not solely owned by one party. Derail a nominee, get booked on cable news. Badger a bureaucrat at a hearing, get a book deal. Prosecute a Supreme Court nominee, get short-listed and picked for Vice President.

To be sure, Biden is still getting some of his nominees approved, just very, very slowly. We saw six confirmations happen by voice vote just as negotiators were finishing up the timing of the infrastructure vote last night. Part of that is his deliberate pace. Unlike his three immediate predecessors, Biden is a creature of Washington and has a lot of favors to repay for decades stretching to his arrival in the Senate in 1973. But part of it is that there is a finite amount of time in the Senate, and a limited political capital the White House wants to spend on confirmations that should be routine. As Cuomo’s surprise resignation shows, even the tightest of political operations can be thrown off by outside events. It’s possible to do both the routine and the aspirational in Washington when the incentives to throw rhetorical bombs are low. Derailing the general counsel at the Department of Energy isn’t a headline-making move, but it begs the question: did the Senate really need to approve that gig in the first place? 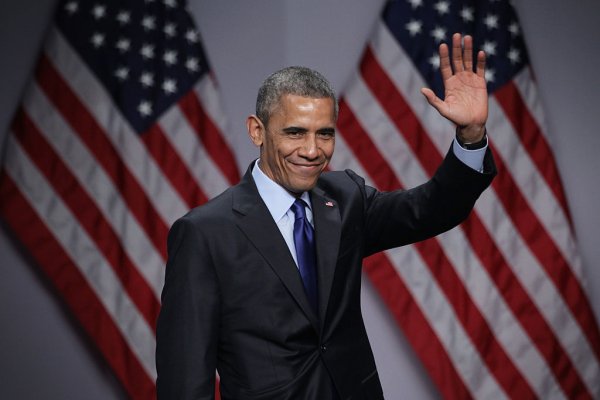