The One Silver Lining in the Bleak IPCC Report

As heat waves, hurricanes and other extreme weather events around the world hit harder and more often in recent years, scientists have become more confident than ever before in placing the blame unequivocally on human-made climate change.

That shift was reflected in a starkly updated section of the latest version of the International Panel on Climate Change’s (IPCC) Assessment Report, published Aug. 9, which compiles years of climate science into what is widely considered the definitive document outlining the current state of knowledge on the atmospheric changes happening around us, and what the future may hold. The overall message of the new report—the sixth iteration of the document—was worrying, describing large average global temperature rises in recent decades and a shrinking window to reduce emissions and avert worst-scenario outcomes. But the scientists’ increased confidence in linking current extreme weather to climate change may be a notable bright spot, offering a potentially crucial weapon that climate activists and communities affected by heat waves and flooding can use to pressure politicians and industry to take action before it’s too late.

On worldwide extreme weather, the difference between the new IPCC assessment and the last such document, published in 2014, is dramatic, reflecting a rapid coalescence of scientific understanding that has taken place in recent years. The 2014 report took a fairly cautious tone in describing how climate change was affecting extreme weather, stating primarily that “some” changes in extreme weather in recent decades had been “linked to human influences.” In a scientific report, that sort of language is a kind of hedge, the authors perhaps having suspected that climate change was the primary cause of worsening heat waves around the world, but not having enough evidence to say it definitively.

But over the past seven years, a slow trickle of scientific papers linking such weather events to human-caused climate change has become a torrent, and the new report’s summary for policymakers offers a radical update to the old IPCC line, expressing “high confidence,” for instance, that human emissions were the “main driver” of more frequent and extreme heat waves around the world. (The last such summary only stated that emissions “contributed” to worldwide extreme heat.) The worst of those heat waves, the report states, are now likely to occur almost five times as often as before.

And the new report goes well beyond heat waves. For example, it states that human influence was likely the main cause of increased extreme rainfall in many regions, and that it “contributed” to more droughts in some parts of the world as well. The 2014 assessment only stated that heavy rains were “linked” to emissions.

Describing the new international consensus on extreme weather, the IPCC authors were unequivocal. “Extreme weather is occurring with more frequency across the entire planet,” said Paola Andrea Arias Gómez, an author of the report’s policymakers’ summary and professor at the School of the Environment at the University of Antioquia in Colombia, speaking at an Aug. 8 press conference. “We can now attribute that these changes are mainly driven by human activity.”

That updated perspective reflects radical changes in the scientific study of extreme weather events and climate change in recent years. Since the 2014 report, new methods that attempt to quantify how emissions have contributed to specific extreme weather, known as extreme event attribution, have been accepted into the scientific mainstream, while faster climate models and improved forecasts, among other advances, have allowed scientists to conduct more studies comparing the probability of a given event in climate models with or without greenhouse gas emissions factored in, in shorter time frames. Scientific collaborations like the World Weather Attribution initiative have streamlined such efforts, organizing scientists around the world to study how climate change may have impacted the likelihood and severity of recent extreme events, with their results sometimes being published within days.

“I was involved in debates among climate scientists advising [the U.S. National Oceanic and Atmospheric Administration] saying, ‘Wouldn’t it be nice if we could do these attributions quickly?’” says Jonathan Overpeck, a professor of environmental education at the University of Michigan. “That was 10 years ago. The scientific community now, 10 years later, is pretty comfortable with what some of these groups are able to do.”

Taken together, those advancements have shifted the narrative. Formerly, climate scientists who spoke confidently on global temperature trends could find themselves on shaky ground if the conversation came around to recent extreme weather. Now such disasters are driving the discussion, with scientists able to use quantitative methods to show if and how global warming has made such events more likely—in some cases, as in the recent heat wave in the Pacific Northwest, this line of research has given experts the evidence they need to go so far as to say certain extreme weather events would have been all but impossible without the effects of climate change.

Discussion of such advancements may be mostly confined to an academic realm, but their overarching conclusions carry deep importance. To combat decades of disinformation and deep-pocketed PR machines of corporate players with a short-term interest in burning more fossil fuels, advocates and politicians need clear, unimpeachable scientific statements on which to base their policy proposals and arguments.

That’s why the prominent inclusion of the new science of extreme event attribution in the new IPCC report is so important. Such definitive assessments of the role of climate change in creating wildfire conditions, for instance, could offer a political cudgel for climate activists who have struggled for years to communicate the pressing nature of climate change impacts when forced to rely on relatively vague-sounding scientific predictions around sea level rise and rising global temperatures. Now, with the weight of the most respected climate establishment behind arguments that climate change is worsening heat waves, flooding, wildfires and other disasters right now, those activists might have a better shot at moving the world to cut emissions, and keep those crises from getting worse in the decades ahead. 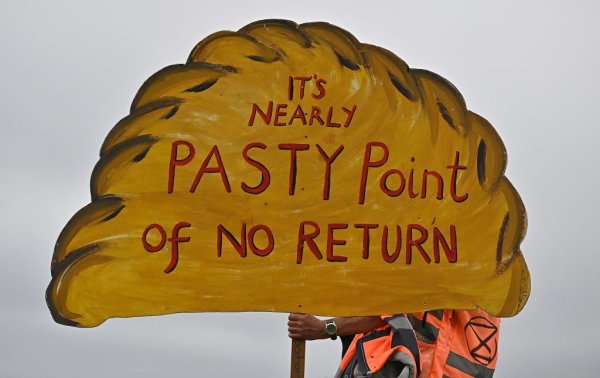 The Language Of Climate Change Just Changed in a Major Way
Next Up: Editor's Pick