The harbor of Lubec Maine
Katie Walenter
Ideas
By Gigi Georges
Georges has had an extensive career in politics, public service, and academia. A former White House special assistant to the president, she has taught political science at Boston College and served as program director at the Harvard Kennedy School. Her new book is Downeast: Five Maine Girls and the Unseen Story of Rural America.

This summer, tens of thousands of vacationers are making their way to Maine. Resorts, camps, and local airports have posted record numbers, and the state’s typically biggest tourism month, August, has only just begun. Those of us living here see it bursting at the seams.

Yet, Maine’s image as the home of lobster rolls, rocky coastline, and “vacationland” doesn’t quite capture the vibe of most of the territory of the state—there are vast areas that remain largely untouched by the current tourist boom. Less akin to Portland, Ogunquit, or Bar Harbor than they are to rural Tennessee, Texas, and Michigan, these faraway parts of Maine may be geographically separated from what some might think of as rural America—but in their sparseness and economic challenges, they exemplify it.

There’s been no shortage of conversation in recent years about rural America. For political, sociological, and other reasons, the national spotlight has flooded our small towns, and we have heard countless heart-wrenching stories and a conventional narrative about rural hopelessness and despair, of a local populace clambering to escape.

In my five years of reporting and writing in one of the most geographically remote reaches of the eastern seaboard, what I’ve discovered runs counter to the conventional downbeat narratives—and debunks the notion that young people in particular have to flee to succeed. Indeed, there are lessons for all of us in the strength of community, resiliency and rootedness to place in many of our nation’s most rural regions.

My research centered on an often-overlooked part of Maine called Downeast, principally Washington County, that sits just an hour north of the summer resort area of Bar Harbor. Despite its relative vicinity to bustling Acadia National Park, it is one of the most rural regions of the most rural state in the country. Yes, there are significant challenges. But the bigger picture is that there is also much to celebrate.

This celebration starts with a wealth of social capital. Even in the toughest of circumstances—including childhood poverty, limited economic opportunities and opioid addiction—rural-dwellers in these parts sustain themselves and each other through robust community networks, deep connections to the land and sea around them, and optimism about the future of their hometowns. They’ve built community technical education centers to address shortages of boat mechanics, nurses, and aquaculture workers. Their lives are based on a common understanding of the need to support each other—as frequently happens when, if a lobsterman is injured, others step up to pick up his hauls, or when at the end of a grueling day, residents routinely rush home from their fishing boats and workplaces to cheer their high school girls’ basketball team.

Downeast Maine’s people work long, hard days—in lobster fishing, blueberry raking, and other labors based in the rich natural resources that surround them. Many are multi-generational Mainers. Yet, newcomers, attracted by the combination of the region’s challenges and community spirit, have come too, and are standing shoulder-to-shoulder with those who claim long Downeast legacies. Migrant workers who arrived decades ago to work in processing plants and blueberry farms have chosen to remain and raise their children here. Many of these children are now succeeding as business and community leaders. Similarly, individuals and families from other parts of America—I met several from Long Island, Massachusetts, Pennsylvania, and California—have found their way Downeast, often as teachers and mentors, coming to cherish the shared experience of small-town life. Their commitment augurs well for the rural future.

In the 1830s, French writer Alexis de Tocqueville toured our nascent country and marveled at the prevalence of deeply ingrained “civil associations.” He observed that in stark contrast to the English way of executing “great things in isolation…there is scarcely an undertaking so small that Americans do not unite for it.” That spirit, built on the foundation of neighbors helping neighbors, nurtured from the ground up, is alive and well in many rural places.

Some in Downeast Washington County, while recognizing the power of these attributes, worry that they will fade away as older generations pass. They point to dwindling economic opportunities and wonder: will younger people remain in their hometowns?

Strong evidence indicates they will. Among the hundreds of locals I interviewed and dozens I profiled in my book, “Downeast,” I saw a deep and multi-faceted attachment to place. Many are opting to stay and build, not abandon, their hometowns—and among those that are leaving for now, most want to ultimately return. And national data indicate that my experiences among rural young people are not unique to Maine. A 2018 Pew Research Center survey found that rural residents are more likely to want to stay in their communities than their urban and suburban counterparts. They are also more likely to live near extended family and know all or most of their neighbors.

These phenomena are if anything even more pronounced among high achievers. Contrary to popularized notions of a “brain drain,” one study by the American Educational Research Journal discovered that top-achieving rural students have “the highest community attachment” of their peers. Indeed, among youth across all achievement levels who do leave, top achievers are those most likely to want to return. Their attachment is fostered by “the close-knit nature of the community and school environment,” the personal attention and opportunities that come with being in a small school, and an overall “sense of belonging and inclusiveness.” According to University of Minnesota sociologist Ben Winchester, who has been tracking rural population trends in the upper midwest for more than twenty-five years, while young people are still leaving rural areas for college or city-based work, many are returning. His widely-recognized Census-based work has documented the presence of a rural “brain gain” among 30-49 year-olds.

No doubt tremendous challenges still exist. In Washington county, around 25 percent of children live in poverty. Mortality rates from drug and alcohol abuse are significantly higher than in the rest of the state. Indeed, opioid addiction is a persistent and tragic presence, and those who seek recovery services tend to have few options and must travel great distances to secure them. Nationally, among rural women—who were the central focus of my research and reporting—there are lower levels of educational attainment and higher levels of poverty than among urban women, poorer overall health outcomes, and less access to health-care services. Average earnings per worker are lower in rural than urban areas, even after accounting for cost-of-living differences. And overall employment among prime-age workers in rural areas also declined from 2000 to 2018 while rising in cities and suburbs.

But on balance since then, something noteworthy seems to be developing—even pre-COVID, people have been coming to, and staying in, rural America. Add in the current dynamic of an influx to more rural places driven by remote work and COVID lockdowns, and there may be a shift on the horizon. According to the Population Reference Bureau, which analyzes statistical population trends, “most nonmetropolitan areas have been enjoying a ‘rural rebound.’ More people are moving from urban to rural areas and fewer rural people are leaving…This rebound is occurring in virtually every part of the nation and is not limited to a single age group or kind of county.” Moreover, current data shows a COVID-accelerated outflow from urban counties to more rural places.

Along a central hallway of the high school that serves the towns I researched, a poster hangs with the words: “Staying Isn’t Settling.” Surrounding it are photos of successful alumni who’ve decided to remain in or return to the area. The message holds strong sway. The strength of emotional, familial and community-oriented ties is significant. It may prove determinative in the choices rural youth make to commit to and ultimately improve their hometowns.

Of course, every day in rural towns across America, some young people pack up and leave, perhaps never to return. But even if they do not end up in the hometowns of their growing years, they will always be of them, and many do intend to return with the skills they develop elsewhere. And as I experienced in Maine and found in my research of rural areas nationally, more locals are staying, while people from near and far are arriving.

Recognizing the value of civic strength while helping these towns build for the future through initiatives like technical education and broadband development can have profound effects, not only on our rural places but on our nation as a whole. 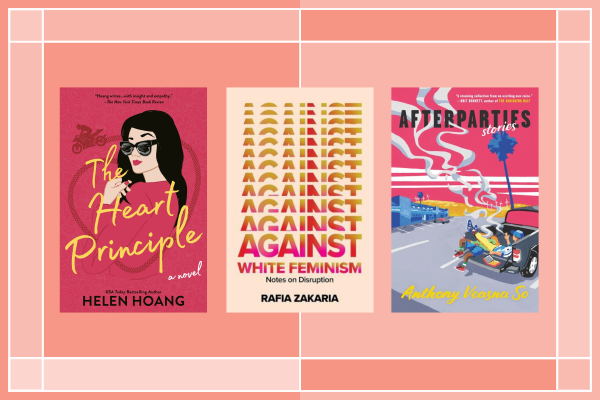 The 11 New Books You Should Read in August
Next Up: Editor's Pick