The COVID-19 Vaccines Are Safe and They Work. The FDA Must Move Faster to Approve Them

Ideas
By Dr. Ashish K. Jha
Jha, M.D., MPH, is the Dean of the Brown University School of Public Health.

Our nation now confronts a new and uncertain time in the pandemic. Vaccination rates are only inching up, allowing the highly infectious Delta variant to spread among unvaccinated people like an out-of-control wildfire, challenging the immunity of vaccinated Americans, too. The Centers for Disease Control and Prevention (CDC) has responded by calling for increased masking and social distancing, even for the vaccinated, which feels like a frustrating, unexpected step backward. The vaccines were supposed to get us out of this mess. But the problem is not vaccines—they’re working—it’s translating vaccines into vaccinations.

Without higher rates of vaccination, even the best vaccines in the world (which are the ones we have) cannot 100% contain Delta’s spread. Rare breakthrough infections will occur with increasing frequency as vaccinated people are repeatedly exposed to the virus from the many Americans who remain unvaccinated.

What’s holding unvaccinated Americans back? Why have all the efforts, like incentives, outreach, and pop-up clinics not been enough? For too many Americans, the decision is the result of straight up misinformation about the vaccines. For others, central to getting vaccinated is full approval of the vaccines from the Food and Drug Administration (FDA).

Full FDA approval—as opposed to the Emergency Use Authorization (EUA) under which more than half of American adults have now been fully vaccinated and over 70% have gotten at least one shot—would help to shore up confidence in the safety and efficacy of the shots, counter misinformation, and allow businesses and schools to feel more comfortable issuing mandates.

With rising pressure, the FDA recently announced that it will “sprint” to an approval. Pfizer applied for full approval nearly three months ago. The FDA accepted Pfizer’s application under “priority review” two months later and suggested it might be January 2022 before full approval is issued. Under intense pressure to cut red tape, the FDA has promised this “sprint,” but the timing remains uncertain.

It is critical, of course, that the FDA do its job. A full approval will be empty if it is perceived as anything but thorough. But there is thoroughness on the science versus thoroughness in the paperwork. The science of these vaccines has been thoroughly vetted. The pandemic has allowed the efficacy of these vaccines to be demonstrated far more rapidly than any other vaccine in history, simply because of the sheer number of infections during their trials. The evidence—from both clinical trials and studies of their impact since they were authorized for emergency use—is unequivocal: these are some of the most effective vaccines in history.

They are also the most highly scrutinized medical products ever. The vaccine trials rank among the largest clinical trials in history—literally 100 times larger than a study that formed the basis of the FDA’s approval of an H1N1 vaccine in 2009, for example, and 10 times larger than any of the trials underlying the approval of many other vaccines.

The actual clinical trial data is of course only part of the overwhelming body of evidence available to the FDA. The CDC counted more than 192 million Americans who have received a first dose, and more than 165 million who have been fully vaccinated as of Aug. 4. Nearly 350 million doses have been administered in the U.S., and the FDA has diligently monitored for side effects through its Vaccine Adverse Event Reporting System. They have found some side effects, all extremely rare. The Janssen/Johnson & Johnson shot—like some vaccines for other diseases—is associated with Guillain-Barré syndrome, affecting fewer than 10 people for every million people who receive the shot. Separately, some young men receiving the mRNA vaccines have experienced rare heart inflammation after receiving their second shots. While Guillain-Barré usually resolves on its own, heart inflammation is more concerning, though the CDC has not recorded any deaths from it. But this adverse effect is both rare—about 40 cases for every million second doses given to young men—and must be balanced against the clear risk of COVID-19 infection. Even in this young cohort that typically weathers infections well, COVID-19 kills more than 100 times as many people as are likely to experience heart inflammation.

Nothing is perfect but these vaccines are among the closest thing we have to perfection when it comes to protecting against COVID-19. Yes, it is true that we don’t yet have long-term follow-up—but we rarely do for most therapies and vaccines that are approved. And fortunately, as with all vaccines, adverse events from the currently authorized COVID-19 shots show up within a couple of weeks of vaccination and there is no vaccine where adverse effects first appear more than eight weeks after the shot. So we can be confident that we now know what to expect.

Given all of this, it is incumbent on the FDA Acting Commissioner Janet Woodcock to explain why this has taken so long, what scientific steps remain; what exactly a “sprint” to the finish means; and when we should expect that finish. In these difficult days of the pandemic, reviewing these vaccines must be the agency’s number-one priority.

Schools are opening in weeks. The Delta variant is killing people these vaccines could save. The FDA must transform its promises about vaccine evaluation into action, reflecting the deadly reality we face. Lives are at stake. 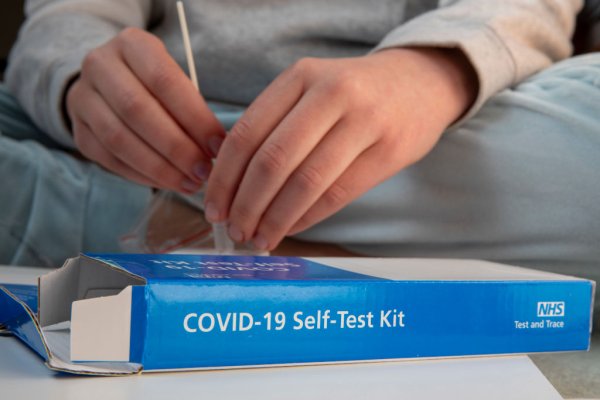 Most Children Don't Develop Long-Haul COVID After Infection
Next Up: Editor's Pick