Can Your Employer Require That You Get Vaccinated? It Depends Where You Live

Ideas
By I. Glenn Cohen

Cohen is the Deputy Dean and James A. Attwood and Leslie Williams Professor of Law, Harvard Law School, and the Faculty Director, Petrie-Flom Center for Health Law Policy, Biotechnology & Bioethics

The COVID-19 pandemic not over for the U.S., but the Delta variant means the “war has changed,” as leaked CDC slides made clear. The development and production of COVID-19 vaccines are an achievement on the scale of the Manhattan Project, but unless and until more of the U.S. public is vaccinated infections, hospitalizations, and deaths are likely to increase in scale across much of the country. After an impressive roll out, our vaccination rates have stalled. Canada, which faced challenges early on getting enough doses and thus started later than the U.S., by mid-July had surpassed the U.S. both in first-dose and full vaccinated and enters August much better poised to confront Delta.

In the face of these challenges, the Biden White House and the country’s public health infrastructure is struggling with how-to drive-up vaccination rates. The result has been a slow embrace of a word that had thus far seemed like political kryptonite: “Mandates.” Last week President Biden announced the federal government would require federal employees to attest they have been vaccinated against the coronavirus or else have to comply with rules on mandatory masking, distancing, weekly testing, and other health measures. Major companies like Google, Facebook, and Lyft are also requiring vaccination for their workers. Many universities have already required vaccination unless a religious or medical exemption is granted. Indeed, 47% of ABA-accredited law schools have already done so and as more news from Delta emerges we should expect more companies and institutions to join.

One thing that has held some employers and universities back has been the question of whether such mandates are lawful—Houston Methodist Hospital faced a lawsuit from over 100 workers who did not want to be vaccinated. Some students at the University of Indiana challenged that school’s mandate as unconstitutional. But while every lawyer learns to couch advice with “it’s complicated” and “it depends” (more on that below) the recent weeks have provided assurance that such mandates can be lawfully put in place, a claim that legal experts have been making for months.

Mandating vaccination actually has a long history in the U.S. Indeed, at the turn of the 20th century some schools and employers required proof of smallpox vaccination, even resorting to a “show the scar” requirement when there was concern about forgeries of a document. Rather than deny that the state may impose vaccination requirements, a point the U.S. Supreme Court confirmed in 1905, those opposing mandates have focused on the fact that the current COVID-19 vaccines have been authorized as part of the FDA’s Emergency Use Authorization (EUA) process and not yet approved as a full Biologics License Application (BLA). That may soon change with signs that FDA may give a BLA approval to Pfizer’s vaccine in which case this argument would go away. In any event, the first court to rule on it, the U.S. District Court for the Southern District of Texas, soundly rejected the “EUA = no mandate” position in the Houston Methodist Case. It held that the EUA statute “neither expands nor restricts the responsibilities of private employers; in fact, it does not apply at all to private employers like the hospital in this case.” The court also rejected the claim that this was human experimentation or coercive.

This conclusion was further bolstered by the release of memo from the U.S. Department of Justice’s Office of Legal Counsel (full disclosure in a pre-academic life I was a DOJ attorney), that was asked to weigh in for the President on whether the law permits mandating a vaccine authorized under an EUA and not yet receiving a BLA. The memo decisively concludes that relevant provision of the EUA statute “concerns only the provision of information to potential vaccine recipients and does not prohibit public or private entities from imposing vaccination requirements for vaccines that are subject to EUAs.” While this determination is not binding on courts, its excellent analysis is likely to be persuasive and shows the views of the executive branch on the question.

But what about state entities, like public universities or government offices? Against them, those opposed to vaccine mandates can raise constitutional claims because they are “state actors.” In the first major analysis of the question, on July 18, 2021, the U.S. District Court for Northern District of Indiana rejected such a challenge to Indiana University’s vaccine mandate in a thorough 101-page opinion authored by a judge appointed by President Trump. The opinion was respectful and took seriously the students’ claims, but ultimately rejected it, writing:

This university policy isn’t forced vaccination. The students have options—taking the vaccine, applying for a religious exemption, applying for a medical exemption, applying for a medical deferral, taking a semester off, or attending another university. This policy applies for the fall 2021 semester only. Students may make their choice after being advised of the risks and benefits of the vaccines, thereby giving informed consent. The court recognizes that for certain students this may prove a difficult choice, but a choice nonetheless. The choice isn’t so coercive as to constitute irreparable constitutional harm. Although it proves a condition to attend this fall, it is reasonable under the Constitution.

These court decisions pave the way for vaccine mandates that are well-tied to public health and build in religious and disability-related exemptions and accommodations. But, in true lawyerly fashion, there is a “it depends.” All of the cases thus far have focused on claims that mandates violate federal law, but much of the legal firmament that guides our lives is state law. While in my view and those of the courts thus far nothing in federal law prohibits mandates, at least at the moment for non-federal employees nothing requires mandates either, such that states can seek to block employers or universities from instituting such mandates. Several states have passed or introduced bills to prohibit employers or universities from requiring vaccination or allowing the use of vaccine passports.

The details vary and matter—some apply only to public institutions for example not private ones—but where a state has enacted a valid prohibition on vaccination mandates, employers or universities may be prohibited from imposing those mandates. For example, in Florida—the government passed a bill stating that businesses entities “may not require patrons or customers to provide any documentation certifying COVID-19 vaccination or post-infection recovery to gain access to, entry upon, or service from the business operations in this state,” with similar provisions for governmental and educational institutions. This means that those entities cannot require proof of vaccination, thus frustrating any attempt at vaccine mandates, though some in the state have already tried to defy the law. In Texas, a recently passed state law prevents public but not private universities from requiring vaccination. These odd patchworks will unfortunately persist because in the absence of a contrary federal law requiring vaccine mandates or that vaccine verification be permitted or in some other way preempting state law in the area, the state’s law governs. Thus far, there has been no move for the federal government to pass such a conflicting law, and given the current make-up of Congress any attempt seems unlikely to succeed. Predictably but tragically, many of the states that have been the most active in trying to prevent mandates are also places where vaccination is lowest and Delta poses the most serious threat.

Even where the law clearly permits vaccination mandates, there are many things that may hold an employer or university back. How will students or customers react? Are they in a tight market such that they might lose employees to competitors? We have already seen mixed reactions from labor unions. In a sense, this is how it should be. Like all public health interventions, mandates should be carefully reticulated to the facts on the ground, including vaccination rates and Delta spread. But the recent legal decisions and the President’s nudge will hopefully free us up to have that data-driven conversation outside of the shadow of threats of lawsuits. 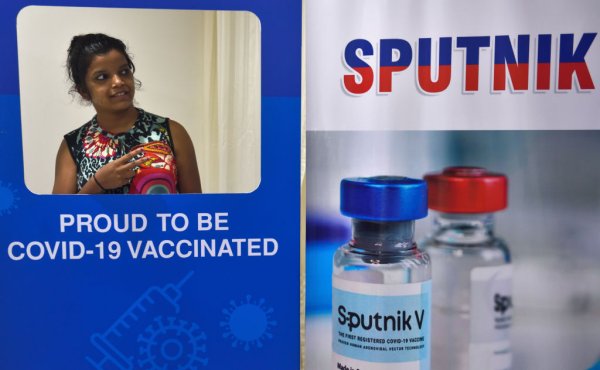 Chinese and Russian Vaccines Haven't Been Geopolitical Wins
Next Up: Editor's Pick