On Monday a small band of U.S. Capitol Police officers delivered vivid, emotional testimony about a previously unthinkable event—the day a partisan mob stormed the Capitol to try to overturn an American election. Many Americans had already seen the sounds and images of that shocking day, but there was something about their description that brought the event more vividly to life.

Yet it’s unlikely to change hearts and minds, at least not Republican hearts and minds. In GOP circles, two things are true at once. First, large majorities of Republican voters disapprove of the January 6 rioters. At the same time, large majorities still approve of Donald Trump, and Liz Cheney—the Republican most prominently intent on investigating and exposing what happened—is less popular with Republicans than renowned conspiracy theorist Marjorie Taylor Greene.

In fact, Cheney might now be the least popular Republican in the entire Republican Party, in spite of her consistently conservative voting record and her support for Donald Trump’s re-election in 2020. The reason is simple. She has violated the prime directive of negative partisanship. Even if she’s right to be upset by the riots, she’s attacking her own team. It’s the responsibility of GOP politicians to always, always train their fire on the left.

Negative partisanship is a simple concept with profound implications. At its most basic, it means that “the parties hang together mainly out of sheer hatred of the other team, rather than a shared sense of purpose.” When negative partisanship dominates, a political coalition is united far more by animosity than policy. The policy priorities are malleable and flexible, so long as the politician rhetorically punches the right people.

The problem is severe and getting worse. Available data indicates that partisan perceptions of the opposing party have been plunging for more than 30 years, to the point where the overwhelming majority of Republicans and Democrats have profoundly negative perceptions of their political opponents.

Liz Cheney’s changing polling is Exhibit A of the phenomenon. She was and is one of the House’s most ideologically conservative members, yet she’s now three times more popular with Democrats than Republicans. Fight Republicans, and you’ll get Democratic fans, even if your underlying ideology remains profoundly conservative.

Republican acceptance of conspiracy theorists like Marjorie Taylor Greene is Exhibit B. The same poll that showed Cheney significantly underwater with Republican voters showed Green with a slight positive rating. She’s endorsed truly bizarre and baseless conspiracy theories, including allegations that Hillary Clinton ritually killed a child. But she fights the left, and the left despises her, and for millions of Republicans that is more than enough to earn their regard.

Given our culture of negative partisanship, a true bipartisan effort to explore the events, causes, and consequences of January 6th never had a chance. The riots at the Capitol weren’t an external attack from a shared enemy (like the attacks on 9/11). They were a purely partisan attack launched by fanatical Trump supporters. That means a close examination of January 6th was always going to be a close examination of the failures and misdeeds of one partisan side.

There is even a link between the malady of negative partisanship and America’s ongoing struggle with vaccine hesitancy. As the vaccination gap between blue counties and red counties continues to grow, Republicans who advocate for increased vaccine uptake have to strike a delicate balance. They can exhort vaccinations, but critiquing those who amplify doubts about the vaccine–especially, say, a powerful personality like Tucker Carlson–carries its own perils.

Nobody thinks that negative partisanship is confined to the right side of the aisle. All the polling data indicates that animosity is a bipartisan concern. Democrats dislike Republicans just as Republicans dislike Democrats. But at the moment, two of the greatest challenges to the American body politic–the belief that the 2020 election was “stolen” and the vaccine hesitancy that is infecting Americans by the hundreds of thousands and killing them by the thousands–come from the right, and thus it is imperative that the right clean its own house.

When animosity is the guiding principle, however, there is no tolerance for any degree of introspection that could lead to potential political weakness. Cheney knows understands this intimately. During the hearing she asked the key question, “Do we hate our political adversaries more than we love our country and revere our Constitution?”

Republicans might be embarrassed about January 6th. They may even be frustrated or angry that the riot occurred. But those feelings pale in comparison to their desire to defeat Democrats, and they’re keenly aware that every second spent relitigating January 6th is a second spent highlighting the worst of their party and their movement. Of course they want to move on, quickly. Of course they’re angry at any Republican who wants to investigate.

To say that Republican frustration is understandable is not to argue that it’s excusable. January 6th was a historic atrocity. It represented a violent effort to overturn an election. The health of the American experiment is not determined by the electoral success of the Republican Party. It’s ultimately determined by its commitment to its constitutional ideals, and in January the Constitution came under frontal attack.

So the investigation must continue, and conservatives like Cheney and her House Colleague Adam Kinziger who seek to know the full truth of January 6th should maintain their lonely stands. After all, the truth is important even if the truth doesn’t move the polls. The present centrality of negative partisanship doesn’t necessarily imply its permanence, but for now Republican hearts are hard to change. 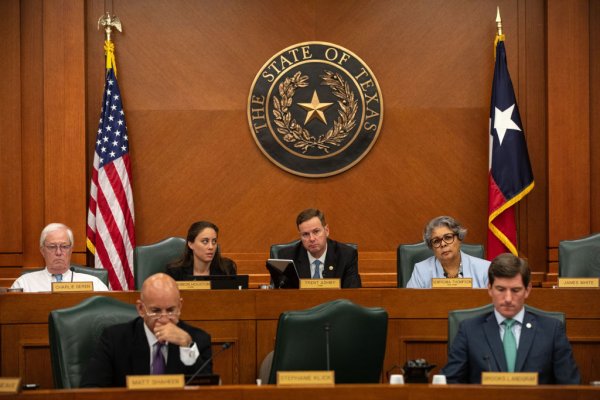 The Conservative Case Against Banning Critical Race Theory
Next Up: Editor's Pick