Gap Inc. is backing the decision by its star athlete endorser Simone Biles to put her mental health first and sit out the gymnastics team competition at the Tokyo Olympics.

“We stand by Simone and support her well-being both in and out of competition,” Kyle Andrew, chief brand officer for Gap’s Athleta line, said Tuesday in a statement. “Being the best also means knowing how to take care of yourself. We are inspired by her leadership today and are behind her every step of the way.”

The world’s preeminent gymnast, age 24, pulled out of the team competition after faltering on a vault, citing her state of mind and the risk of injury. Her team went on to win a silver medal.

On Wednesday, USA Gymnastics said Biles would also be pulling out of the individual all-around competition set to take place Thursday. “We wholeheartedly support Simone’s decision and applaud her bravery in prioritizing her well-being,” USA Gymnastics said in a statement.

Biles hasn’t yet decided whether to compete in the four individual event finals for which she has qualified, but her decisions so far are a blow to Comcast Corp.’s NBCUniversal. The broadcaster is counting on stars like her to draw viewers to its costly Olympics production, as well as sponsors that need a large TV audience to promote their products.

Athleta signed Biles to a long-term partnership earlier this year, ending her affiliation with Nike Inc. Gap’s athletic-wear label has been the apparel retailer’s hottest brand in recent years and is getting worldwide exposure at the Olympics after bringing on Biles and track star Allyson Felix as its first two sponsored athletes.

Tennis star Naomi Osaka, a Nike endorser, put a spotlight on the stress that professional athletes face earlier this year when she pulled out of the French Open before the second round, citing anxiety over speaking to the media. Like Gap, Nike Inc. expressed support for its athlete’s decision.

Osaka lit the cauldron at the opening of the Olympics last week and won her first two matches before getting knocked out.

—With assistance from Jordyn Holman. 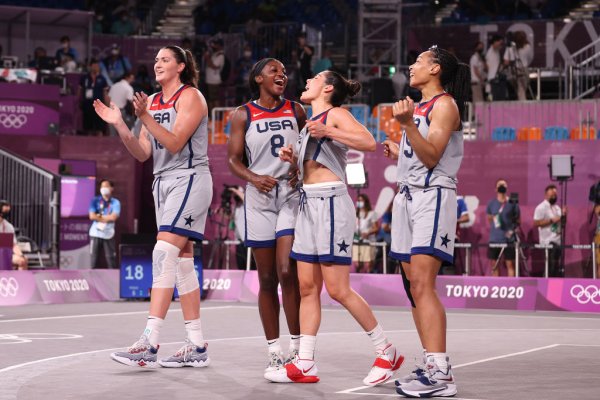