The American Booksellers Association apologized on Wednesday for including what the nonprofit trade organization described as “an anti-trans book” in a recent promotional shipment to members.

“This is a serious, violent incident that goes against ABA’s policies, values, and everything we believe and support. It is inexcusable,” the ABA said in a tweet. “We apologize to our trans members and to the trans community for this terrible incident and the pain we caused them. We also apologize to the LGBTQIA+ community at large, and to our bookselling community.”

Though the ABA did not identify the book in question, it has widely been reported that it is Irreversible Damage: The Transgender Craze Seducing Our Daughters by Abigail Shrier, which purports to help parents “inoculate” a “generation of girls” from a “trans epidemic.”

Casey Morrissey, a book buyer in Brooklyn, tweeted on Wednesday, “I’m seething. I was excited to open our July white box, and then the first book I pulled out is Irreversible Damage. Do you know how that feels, as a trans bookseller and book buyer?” (Morrissey tells TIME that they’d like to see the ABA make amends by “giving free space to trans authored books in upcoming promotional mailings,” and donating any fees they received from the book’s publishers to a Black-led trans advocacy group, among other efforts.)

Asked for comment, Shrier said in a statement to TIME that the ABA’s apology was “a tragically misguided position” for the organization to take. “The ABA did nothing wrong in sending my book to independent booksellers. No one was forced to read it or display it,” she said.

This is not the first time the book has stirred controversy. Hundreds of Amazon employees have in recent months supported an internal complaint against the e-commerce giant’s decision to sell the book—which is currently the #1 bestseller in Amazon’s LGBTQ+ Demographic Studies section—arguing that it frames LGBTQ identity as mental illness. NBC News reported that the issue was first raised in Amazon’s internal ticketing system in April and has since been backed by at least 467 Amazon corporate employees. At least two employees have resigned over the issue, according to NBC.

The complaint asked the book be reevaluated for violating a March statement the company made confirming that it had “chosen not to sell books that frame LGBTQ+ identity as a mental illness.” In comments on the ticket, employees argued selling the book disrespected trans and nonbinary employees and questioned the vetting process in place for such material, according to screenshots provided to TIME.

After Amazon reviewed the ticket and decided to continue selling the book, Selene Xenia, a 30-year-old trans software developer manager who’d worked for the company for over 7 years, says she decided to quit.

Xenia says that trans coworkers at Amazon were messaging her outside of work with serious concerns about the moral implications of working for a company that was “effectively advancing” anti-trans thought. “For those of us in the trans community, we’re coming out of the pandemic into… an escalated assault on our rights,” Xenia says. “And I could not keep working somewhere that was not going to do anything to really help these people.”

Xenia left the company in June and knows of one other employee who resigned for the same reason. She adds that she believes “a large portion of folks in the trans community are planning exits.”

An Amazon spokesperson defended the decision to sell the book in a statement to TIME. “As a bookseller, we believe that providing access to written speech and a variety of viewpoints is one of the most important things we do,” the statement said, “even when those viewpoints differ from our own or Amazon’s stated positions.”

In her statement to TIME, Shrier denied that her book implies trans people are mentally ill and says it “explicitly honors the experiences of transgender adults” and “never disparages them.” (Trans advocates have disputed this characterization.)

Last November, Target announced it would stop selling the controversial book, only to reverse the decision a day later after backlash online and in the conservative press. Shrier said in February that the book has been pulled again. (Target did not immediately respond to TIME’s request for comment.)

The renewed controversy around Shrier’s book has emerged alongside a larger debate in the publishing world around free speech and censorship when it comes to transphobic rhetoric—as well as an unprecedented slew of anti-trans bills in U.S. state legislatures. At least 31 states have introduced anti-LGBTQ bills this year, according to the advocacy group Human Rights Campaign, and at least 35 bills have specifically targeted the ability of trans people to receive gender-affirming healthcare. 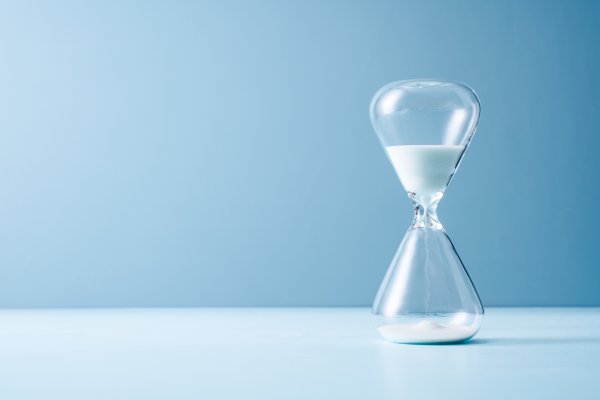 Our Brains Make Us Way Too Optimistic About Deadlines
Next Up: Editor's Pick