MRNA's Next Chapter Has Nothing to Do With COVID-19 Vaccines

It’s safe to say that before the development of the Pfizer-BioNTech and Moderna COVID-19 vaccines, most people hadn’t thought about messenger RNA, or mRNA, since high school science class—if ever. The molecule plays a pivotal role in the body, carrying the recipes for making various proteins to the parts of cells that produce them. But “mRNA” wasn’t exactly a common phrase until Pfizer-BioNTech and Moderna harnessed the genetic material’s power to teach the body to make a piece of a protein found on the COVID-19 virus’ surface, thus training it to fight the real thing, were it to attack.

The tremendous efficacy of mRNA-based COVID-19 vaccines has generated plenty of excitement about its potential use in vaccines for other diseases. And vaccines may be just the beginning. Last month, researchers used mRNA to deliver CRISPR gene-editing technology that could permanently treat a rare genetic disease in humans—an advance that experts say has implications far beyond the treatment of a single condition.

Medical science research utilizing CRISPR—a system that allows scientists to add, remove or change specific genetic information within the body—had already been advancing rapidly in recent years. Researchers have shown its potential for reversing blindness and sickle cell anemia, and to treat genetic diseases in animals. But new work described in the New England Journal of Medicine in June marks what researchers are calling the first time CRISPR has been shown to treat a genetic disorder when directly administered to human patients.

In this case, the technology was applied towards a therapy for transthyretin amyloidosis, a genetic disease that causes sufferers’ livers to produce a protein that eventually builds up to toxic levels. The disease’s prevalence varies depending on patient demographics—it affects about one in 100,000 Americans of European descent, but as many as one in every 538 people in northern Portugal, for example—and can be passed down to future generations. While there are drugs that can help patients manage the disease, the goal of the new research was to stop the problem at its source.

“To imagine using [CRISPR] as a therapy for people, you need to figure out how to get these editing tools into the cells you’re trying to fix. That’s where messenger RNA comes in,” explains Daniel Anderson, a professor of chemical engineering at the Massachusetts Institute of Technology and a co-founder of CRISPR Therapeutics, which uses CRISPR technology to develop medications. Anderson was not involved in the research.

The research team, led by Dr. Julian Gillmore, an amyloidosis expert at the U.K.’s Royal Free Hospital, programmed mRNA to deliver gene-editing instructions to the liver, shutting down the part responsible for producing the toxic protein. After a one-time injection of the drug, three of the six people in the trial saw an almost complete drop-off in protein production; the remaining three, who received a smaller dose, saw less dramatic results. It will take a few months to see if that accomplishment translates to symptom relief, but the early findings are promising. (The work was funded by pharmaceutical companies Intellia Therapeutics and Regeneron, which produce the injectable CRISPR drug.)

As Dr. John Leonard, Intellia’s president and CEO, puts it: “mRNA is a way to make CRISPR gene editing come alive. CRISPR is the workhorse; mRNA encodes it.”

In theory, the same general technology could be used to treat conditions beyond transthyretin amyloidosis. “There are a host of diseases in the liver where this might work in an analogous manner,” says Dr. Kenneth Chien, a senior professor of cardiology research at Sweden’s Karolinska Institutet and a co-founder of Moderna Therapeutics, who was not involved in the research. “The most important aspect of this is the implications that the technology can be repurposed.”

Chien has believed in mRNA’s drug-development potential for more than a decade. When Moderna was founded in 2010, in fact, its chief goal was to develop mRNA-based drugs, not vaccines. (Chien no longer works at Moderna and is now an advisor to the pharmaceutical giant AstraZeneca.) He continues to work on an mRNA-based drug he hopes could eventually treat heart conditions.

The tricky part, Leonard says, is figuring out how to get a drug into different tissues, since the strategy for delivering CRISPR-based therapeutics varies depending on its target. The new research offers a blueprint for liver-based conditions, and Leonard believes similar approaches could be used in the near-term for bone-marrow, nervous-system and muscle diseases. The list theoretically grows from there, so long as researchers can fine-tune delivery.

“COVID [vaccines are] a big success for mRNA, and if it does nothing else, it’s been great,” Chien says. “However, I think you’re going to see the next chapter of mRNA is going to be as exciting, if not more so, than the story of mRNA vaccines.” 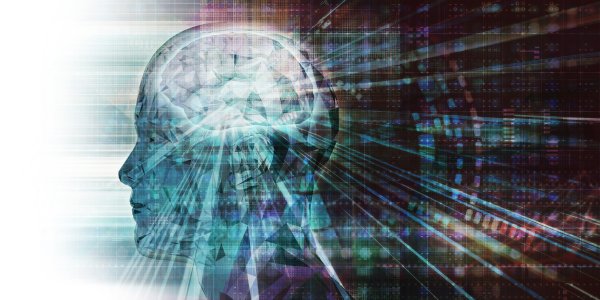 Psychiatry Is Still Stuck in Freud's Era. Big Data Can Revolutionize How We Care for Patients
Next Up: Editor's Pick