New York City Democratic mayoral nominee Eric Adams joins hundreds of police, fire, hospital and other first responder workers in a ticker-tape parade along the Canyon of Heroes to honor the essential workers who helped navigate New York through Covid-19
Spencer Platt/Getty Images
Ideas
By Kevin Kosar and Elayne Allen
Kevin R. Kosar (@kevinrkosar) is a senior fellow at the American Enterprise Institute. Elayne Allen (@Elaynethepain) is a research assistant at the American Enterprise Institute and an alumna of Hudson Political Studies, the Hertog Foundation, and the John Jay Institute.

After an embarrassing administrative gaff, a few zany candidates, and nationwide anticipation, New York City’s final vote tally for the mayoral primaries is in. Eric Adams won the Democratic contest and will face off with long-shot Republican nominee Curtis Sliwa for Gracie Mansion. Both candidates were selected by ranked choice voting—the city’s first mayoral election that used this unconventional but promising voting system.

Both Adams and Sliwa ran on law-and-order as central themes of their campaign. Over the last year New York City has witnessed an uptick in gun violence and hate crime. Brazen crimes, including one in Times Square that wounded a 4-year-old girl, heightened bipartisan voter anxiety about violence in the Big Apple. Adams’ and Sliwa’s campaigns spoke to voters’ concerns.

It is unsurprising that a retired police captain (Adams) and a private law enforcement leader (Sliwa) are the two major parties’ mayoral candidates. This is exactly what ranked choice voting (RCV) is designed to accomplish: it elevates candidates who command the broadest possible support. Eric Adams was the top choice of 30 to 40 percent of voters in four of the city’s five boroughs, and citywide was 31.8 percent of voters’ first choice. And, critically, more than half of all voters found him good enough to rank on their ballots.

This is a welcome development, as too often local elections produce winners who are liked by only a small slice of the public. Under the old election system, current New York City mayor, Bill De Blasio, was chosen by only 40 percent of Democrats in the 2013 primary. He has been famously unpopular throughout much of his tenure. Adams, on the other hand, has majority support, unlike De Blasio or many other New York City mayors.

RCV avoids this minority rule situation by asking voters to rank their candidate preferences. Put a 1 next to your favorite, a 2 next to your second favorite, and so forth. If no candidate wins 50 percent of first place votes, then the last-place candidate is eliminated from the ballot and his or her votes are distributed to the candidates whom voters listed as their number 2. This cull and distribute process continues until someone wins a majority.

Whether Eric Adams would have been elected under the city’s previous one-vote-for-one-candidate is unclear. Under that system, voters often do not choose good candidates because they fear a candidate might be unelectable for one reason or another. Maybe another candidate has more money and media attention. Maybe a candidate is a racial or ethnic minority. Blacks comprise 24 percent of New York City, a fact that might well have led some Adams supporters to question his electability.

Despite RCV’s clear success in producing consensus candidates, many doomsayers and detractors carped about it. Before election day, skeptics on the left worried that the new system would work against minority candidates and voters. But this anxiety was baseless, as two of the top three candidates were Black, and Adams’ victory was fueled by votes from nonwhite sections of the city.

Other RCV opponents suggested that this new system would produce a fringe or celebrity primary victor. Around 50 individuals threw their hats into the ring, and none of the fringe candidates nor the celebrity candidate Andrew Yang came anywhere near becoming mayor.

Understandably, some critics feared that NYC’s Board of Elections, notorious for incompetence, couldn’t handle RCV’s multi-step process and insisted the winner would be unknown for many weeks. Within 24 hours, however, Adams had emerged as the clear front-runner, and major media deemed Adams the victor two weeks after election day. None of his Democratic challengers have challenged the results.

That said, the BOE did blunder by counting 135,000 test ballots during an early stage in the tabulation process. Fortunately, the agency admitted the gaffe within hours and corrected it, and the counting continued without drama.

On the whole, the city’s experiment with ranked choice voting was a success. This too is no surprise. FairVote reports that most New Yorkers prefer to keep RCV in place and understand the system “very” or “extremely well.”

This tracks with other communities’ experiences with RCV.

More communities across the nation may well be inspired by New York City’s election to try RCV. Some 26 cities and states have conducted 428 RCV elections, and where RCV has been tried it has been liked. Large majorities of voters in Portland, Maine, Santa Fe, New Mexico, and Cary, North Carolina are happy they switched to RCV.

New York is a tough town and has been deemed ungovernable at times. Its elections long have been flagged for malfeasance and misadministration. And yet RCV worked in the 2021 mayoral primaries, which goes to show that if ranked choice voting can make it there it can make it anywhere. 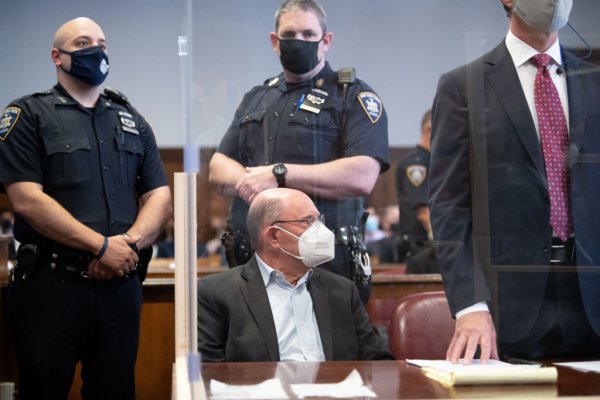 The Indictment of His CFO Hits Trump Where It Matters—In His Wallet
Next Up: Editor's Pick