The Justice Department is preparing to eliminate legal distinctions between straight and same-sex couples in the federal criminal justice system, Attorney General Eric Holder announced Saturday, ensuring that gay Americans have the same rights as heterosexual couples when filing bankruptcy, testifying in court or visiting partners in prison.

The policy memorandum, which Holder released Monday, gives same-sex spouses important rights in court, though the federal rules will not change state laws.

Same-sex couples will be afforded the right to decline to give testimony in court that might violate marital privilege; will be eligible to file for bankruptcy jointly; and will be subject to domestic support obligations such as alimony debts. Same-sex couples will also be entitled to visitation and correspondence rights with spouses in federal prisons.

“In every courthouse, in every proceeding and in every place where a member of the Department of Justice stands on behalf of the United States, they will strive to ensure that same-sex marriages receive the same privileges, protections and rights as opposite-sex marriages,” Holder was expected to tell a crowd at a Saturday event organized by a prominent gay rights group.

Holder said the Justice Department’s move was part of a tradition of expanding civil rights, coming shortly after the 50th anniversary of Dr. Martin Luther King, Jr.’s “I Have a Dream” speech, in 1963, and this summer’s anniversary of the passage of the Civil Rights Act of 1964.

“As all-important as the fight against racial discrimination was then, and remains today, know this: my commitment to confronting discrimination based on sexual orientation runs just as deep,” Holder was due to say at a human rights campaign gala in New York. “Just like during the civil rights movement of the 1960s, the stakes involved in this generation’s struggle for LGBT equality could not be higher.” 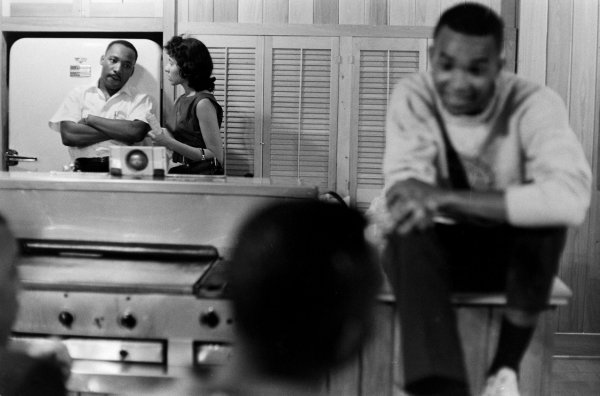 Martin Luther King Jr. and the Freedom Riders: Rare and Classic Photos
Next Up: Editor's Pick