Women line up for water at Goudoubo camp in Burkina Faso, on June 20. The camp is sheltering thousands of Malians who have fled jihadist violence in the region.
Olympia de Maismont—AFP/Getty Images
Ideas
By Angelina Jolie
Jolie, a TIME contributing editor, is an Academy Award–winning actor and Special Envoy of the U.N. High Commissioner for Refugees

Burkina Faso is gripped by a war we seldom hear about, even though Western nations had a hand in its creation. Until the NATO bombing campaign in Libya in 2011, the West African nation had enjoyed decades of peace and, though it faced challenges including endemic poverty, was considered a beacon of stability in the Sahel region.

After the overthrow of Muammar Gaddafi’s government, militants and weapons flooded southwest across the Sahara and into Mali, Niger and Burkina Faso. By 2015, those guns had been turned by extremist groups upon villagers, cattle herders and children in rural Burkina Faso. More than 1.2 million Burkinabe people have fled their homes because of the intensifying violence. Camps for refugees from neighboring Mali have also been brutally attacked.

In the days before I arrived, militants attacked a village in the north of Burkina Faso and executed at least 138 people. Separately, a convoy of the U.N. Refugee Agency and partners came under fire traveling to a refugee camp I was due to visit. It was my first experience with the insecurity experienced daily by the Burkinabe people. Most of the families I met had moved several times, with nowhere truly safe for them.

A striking number of the outwardly calm men I met told me that they lived in a constant state of terror. Many of the displaced had seen male relatives murdered for refusing to join the armed groups.

I was visiting Burkina Faso with the U.N. Refugee Agency, to mark June 20—World Refugee Day—with displaced people. I’ve taken a trip like this nearly every year for the past two decades, but this journey felt different. I had to keep moving, spending only a short while in each location, because of the high risk from terrorist groups. I traveled by road from the capital Ouagadougou to Kaya, a city that is home to some 110,000 displaced people. The next day we flew—the road judged unsafe because of roadside bombs—to Dori, and then made the 10-minute drive to Goudoubo refugee camp in the remote, isolated and arid north of the country, close to the border with Mali.

It is a measure of their grace that not a single person I met in Burkina Faso called out the role Western intervention in Libya played in fueling the instability that plagues their country. In Goudoubo camp, I met 16-year-old Ag Mossa, a poet and refugee from Mali. He asked me if my children were in school, and when I said yes, he congratulated them. Schools are a prime target of militants in the Sahel, and millions of children across the region are missing out on their education as a result. Ag Mossa gave me one of his poems. “These little verses are a cry from the heart,” he wrote. “Oh for a roof for a small child from the Sahel, and help for him not to suffer fear.”

Humanitarian aid is no substitute for a livelihood, and the funding trickling into the country doesn’t come close to matching the scale of the suffering. The U.N. appeal for Burkina Faso is less than a quarter funded. This means that UNHCR and partners have only been able to provide shelter—a basic plastic tent with a wood frame—to 1 in 10 displaced people in the country.

As my visit progressed, a feeling of dread took hold of me. It felt like I was glimpsing the future. I’ve made more than 60 visits to refugees globally in the past 20 years. I’ve watched as political solutions to conflicts have dried up for an ever growing population of forcibly displaced people and their children—born displaced or stateless, passing their entire childhoods in limbo.

Wars no longer seem to end; they simply shift, just as al-Qaeda and the Islamic State have shifted their operations from Afghanistan and the Middle East to the Sahel and Sub-Saharan Africa. Meanwhile, the number of forcibly displaced people has doubled globally in a decade, to more than 80 million people. Looking back on those lost decades, it is as if everything was leading us to the kind of conflict now seen in Burkina Faso, combining the reality of a protracted war, fueled by terrorism.

These threats are made worse by the devastating effects of man-made climate change. African nations have generated only a tiny fraction of the emissions heating our planet. Yet in Burkina Faso, arable land and their natural water supplies are drying up at a terrifying rate, making it next to impossible for families that have farmed the earth for generations to feed their children. One Malian refugee, who had fled to Burkina Faso with his family and their livestock, described how their cows died one by one from the lack of grazing and water.

We had decades to try to prevent conflicts from breaking out or to find peace agreements to enable refugees to return to their home countries. We now face the prospect that climate-change effects will mean there is no home for displaced people to return to.

Governments in wealthy industrialized nations act as if refugees can be treated as someone else’s problem if they simply fortify their borders or pay developing nations to continue to host millions of displaced people. They make shiny new humanitarian announcements to distract voters, and themselves, from decades of unkept promises. The hypocrisy makes it harder to hold to account governments that commit mass atrocities against their own people, causing them to flee.

At which point will we be concerned enough to recognize that the model is broken as well as immoral? When 100 million people are displaced? Or 200 million, which we could reach within the next 20 years?

As citizens, we need to shift our thinking. We’re learning to understand the human cost of the minerals mined in conflict zones to meet our demand for smartphones and the environmental cost of manufacturing our clothes. Our foreign policies—the promises we break, the allies we indulge, the exceptions we make, and the atrocities we overlook—also carry a vast human cost. That price is being paid by millions of children like Ag Mossa. 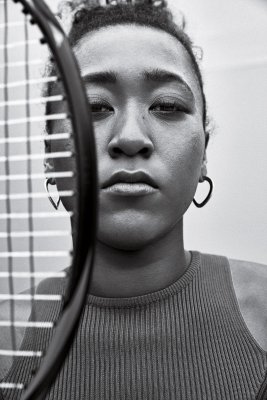