China issued a sweeping warning to its biggest companies, vowing to tighten oversight of data security and overseas listings just days after Didi Global Inc.’s contentious decision to go public in the U.S.

While the statement from China’s State Council on Tuesday was thin on details, it suggests Beijing is preparing to intensify a crackdown on its corporate sector that has spanned everything from property debt and fintech to antitrust issues and now cybersecurity.

Rules for overseas listings will be revised, the State Council said, while publicly-traded firms will be held accountable for keeping their data secure. China also said it will step up its regulatory oversight of companies trading in offshore markets.

The move comes after the cyberspace regulator announced a probe into Didi, which controls almost the entire ride-hailing market in China, and pulled the company’s app from stores. The strong response from Beijing, which came just days after the $4.4 billion IPO, prompted Didi’s shares to plunge in U.S. trading on Tuesday. The latest statement marks an escalation in President Xi Jinping’s campaign to bring the nation’s technology firms—and their reams of valuable data—under control.

“It is a big step from China, but on the other hand it is part of series of events that started over a year ago,” said Peter Garnry, head of equity strategy at Saxo Bank in Hellerup, Denmark. “The uncertainty is still over to what degree all of this regulation will impact longer term profitability.”

U.S. exchanges remain a popular choice for Chinese entrepreneurs, especially in the tech industry, despite efforts by Beijing to encourage companies to list back home, including Hong Kong. Chinese firms raised $7.9 billion in the U.S. last month through first-time share sales, the most since Alibaba Group Holding Ltd.’s IPO in September 2014, according to data compiled by Bloomberg.

But U.S. exchanges are becoming increasingly hostile to Chinese companies, which may face delisting if they refuse to hand over financial information to American regulators. An effort by the U.S. Securities and Exchange Commission to gain access to audits of overseas companies, which began under former President Donald Trump, is continuing under the Biden administration. Some Chinese firms have said China’s national security laws prohibit them from turning over audit papers to U.S. regulators.

The move could prompt Chinese technology firms traded in the U.S. to reconsider their listings. Weibo Corp. chairman Charles Chao and a state investor are in talks to take Weibo private, Reuters reported on Tuesday, citing people familiar with the matter. The structure of the deal would allow major shareholder Alibaba Group Holding Ltd. to exit its stake, according to the report. “The speculation is not true,” a representative for Weibo told Bloomberg News, declining to elaborate.

Beijing may also be seeking to close loopholes that allow Chinese firms to list overseas without approval if they are incorporated offshore. Many technology firms including Tencent Holdings Ltd. and Alibaba are registered in places such as the Cayman Islands or the British Virgin Islands.

Beijing has grown increasingly concerned over the amount of data that Didi and other technology firms hold. Didi for instance has vast amounts of sensitive information from half a billion annual active users, mostly in China. Over the past year, Xi’s government has sought to gain control of such data, both to protect users from abuse and find a way to use it to spur broad-based economic growth rather than enrich a cohort of billionaires that could potentially challenge the Communist Party’s authority.

The latest statement from the State Council makes special provisions for cross-border data supervision, which suggests that overseeing sensitive information has become one of the most important regulatory fields in China, said Xia Hailong, a lawyer at Shanghai-based Shenlun law firm.

“Since there is no mechanism in place for cross-border supervision of securities, conducting a security review on data could serve as an effective tool for Chinese regulators to rein in overseas listed companies,” Xia said. 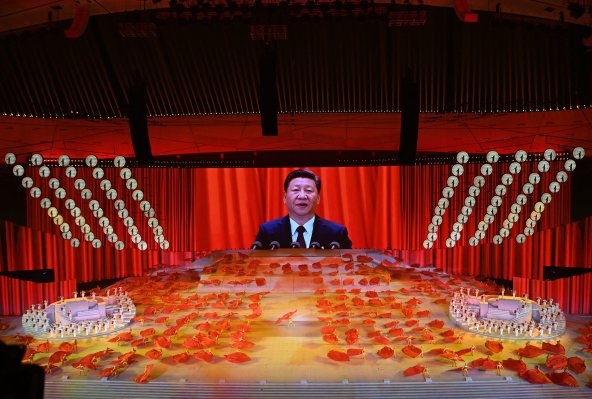