Britney Spears, Sinéad O'Connor and the Radical Act of a Haircut

A version of this article also appeared in the It’s Not Just You newsletter. Sign up here to receive a new edition every Sunday. And write to me at Susanna@Time.com.

In Sinéad O’Connor’s new memoir “Rememberings,” there’s an incredible chapter about the first time the Irish singer-songwriter-activist shaved her head. Barely 20, it was the mid-1980s and she had only just left her job at the Bad Ass Cafe in Dublin where the servers wore shirts that said “Nice Pizza Ass.” O’Connor was in London working on her first album and a record exec told her to grow her hair out and start dressing like a girl with short skirts and boots. In response, she turned to the other exec in the room and said: “Lemme get this straight. He wants me to look like your mistress and the bird he left his wife for?”

The next day she showed up at a barbershop and asked the young Greek man minding the store to shave her head and make her “look like a boy.” Utterly undone by this request, he begged her: “Please don’t make me do this…your beautiful hair.” He asked what her father would say, what her boyfriend would say.

Subscribe here to get a fresh edition of It’s Not Just You every week.

The young barber finally gave in and shaved O’Connor’s head down to the scalp, still protesting that this transgressive act was “not right.” And when she stood up with that shorn head and soon-to-be iconic look, this man who was not much older than she, shed a tear.

You can see the arc of that rebelliously bare skull on her first record, to the stunning image on “Nothing Compares 2 U” (on the “I Do Not What I Haven’t Got” LP) which made her a massive star a few years later, to the image on the cover of her 2021 memoir and every controversial moment in between–including her infamous 1992 appearance on Saturday Night Live.

The book is poetic and often funny even as she chronicles both the horrific abuse she suffered as a child and the terrible toll it took on her mental health. It’s something she can’t live down. She told the Washington Post that doing interviews for the book or any time she does press to promote a project it’s difficult because some reporters poke at her wounds and deepen. “It’s so demeaning having to answer questions about whether you’re sane or not,” she said. “Or being invalidated on the grounds that you suffer from the symptoms of trauma.”

It was impossible not to think of O’Connor’s “Shaving My Head” chapter when news broke about another singer whose struggles with mental health have been excruciatingly public. In nearly all the articles about Britney Spears’ June 23rd courtroom plea for freedom from a 13-year conservatorship that she says controls every aspect of her life, there’s a mention of a 2007 “meltdown” when Spears shaved her head with a hurricane of vampiric paparazzi looking on.

Britney Spears arrives for a film premiere at the TCL Chinese Theatre in Hollywood, Calif. on July 22, 2019.
Valerie Macon—AFP/Getty Images

At the time, Spears was struggling with substance issues and recently split from the father of her two children, whom she was prevented from seeing. The pop star walked into a salon and asked the stylist to shave her head and when the stylist refused, Spears took the clippers and did it herself.

Those images of her in that salon solidified her reputation as not stable. Not long after that, her father gained guardianship over everything from her finances to whether she works and when, and, according to her testimony, even her ability to have another child.

But in a 2018 interview, when asked why she shaved her head, Spears’ reasons don’t sound any different than those of O’Connor, or any one of the many women who’ve shaved their heads from Parkland activist Emma Gonzalez to actor, Cara Delevingne, all of whom have said that cutting their hair is liberating–a kind of reprieve from sexist beauty expectations, or just high-maintenance hair. “People thought that it was me going crazy and stuff. But people shave their heads all the time,” Spears explained. “It was me feeling a form of a little bit of a rebellion. Feeling free. Or shedding stuff.”

And when you look at the 2007 paparazzi photos, it’s clear Spears is happy while cutting her hair. It’s the same feeling of lightness that other women describe when lopping off a head of hair. But when she emerges from the salon to the thicket of photographers screaming, pushing and crushing in on her, that’s when her face gets furious. And she would not be the first woman labeled crazy for being angry.

Nor is she the first woman to opt for a radical hair change at a time of stress or transition whether it’s pregnancy, divorce, a new job, or a social movement. Some of those looks stay, others just mark a moment.

It’s not a coincidence that American women bobbed their hair in the 1920s as they won the vote. It was a radical act to walk into an all-male barbershop and ask for a boyish cut, just as it was nearly 70 years later when O’Connor did it. In 1927, Actress Mary Gordon put it this way in Pictorial Review: “I consider getting rid of our long hair one of the many little shackles that women have cast aside in their passage to freedom. Whatever helps their emancipation, however small it may seem, is well worthwhile.”

To quote Phoebe Waller-Bridge’s character, Fleabag, “hair is everything,” but it’s not permanent. I say this as a woman who’s gone from a glam rock-size cloud of dark curls to short blond hair, to long red hair, and who knows what next. Each of these looks marks a specific time, mental state, and a specific me. And well, we should all be allowed to move on, like so many men are.

Subscribe here to get a fresh edition of It’s Not Just You every week.

A few images from the week that was.

When I went to my local cafe today, lyrics to “Under Paris Skies“ were on the chalkboard. A petit reminder that France and other European countries have just lifted COVID-19 travel restrictions for tourists from an array of non-E.U. nations, including the U.S. (Note C.D.C. travel advisories.)

How hot was June? The Pacific Northwest saw record-breaking temperatures of 104+ degrees Fahrenheit leading to more than 100 deaths and a bit of a climate reckoning. Meanwhile, most of the East Coast was under a humid haze that had dogs and humans at Brooklyn’s Prospect Park already dragging early in the morning.

Gin up a little happiness with NPR’s delightful interactive Joy Generator. And this companion piece has techniques to get out of a psychological funk. New research suggests a reversal of the adage that our emotions prompt a physiological fight or flight response. Instead, the brain may sense bodily changes, and then decide on the emotional reaction which leaves the door open to cultivating more positive responses.

Did someone forward this newsletter to you? Subscribe here. You can share this edition here, and you can send your comfort animals to me at Susanna@Time.com 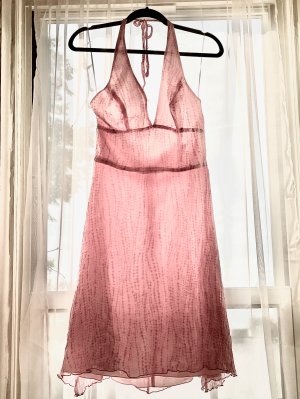 Who Bought All These Ridiculous Clothes and Why Are They In My Closet?
Next Up: Editor's Pick