Allen Weisselberg, chief financial officer of Trump Organization Inc., appears before a judge at criminal court in New York, on July 1, 2021. The Trump Organization's longtime chief financial officer has surrendered to authorities in New York, facing tax-related charges.
Barry Williams—New York Daily News/Bloomberg
Ideas
By Barbara McQuade
McQuade is a professor at the University of Michigan Law School, a former U.S. Attorney for the Eastern District of Michigan and an NBC News and MSNBC legal analyst.

Will former President Donald Trump ever be held accountable for the crimes that seem to swirl all around him?

Perhaps he already has. Thursday’s indictment against his business and one of its top executives could hit the former president where it might hurt him the most—his wallet. The Manhattan District Attorney and New York Attorney General charged two entities doing business as the Trump Organization and Chief Financial Officer Allen Weisselberg with 15 fraud counts in a years-long scheme to evade income taxes by compensating employees “off the books.” The corporate defendants are accused of providing employees with cars, apartments, private school tuition, home improvements and bonuses without reporting the payments as income. By hiding benefits provided to employees, the Trump Organization was allegedly able to avoid payroll taxes and employees were able to artificially reduce their taxable income. The indictment accuses Weisselberg alone of concealing approximately $1.7 million of his own compensation from tax authorities.

While defense lawyers dismissed the charges as “inappropriate and unjustified,” the crimes are serious. As I learned during my career as a federal prosecutor, this is the way rich people steal money. The means are more sophisticated than sticking up someone with a gun on a street corner, but purpose is the same, which is why one of the charges is grand larceny— stealing property that doesn’t belong to you.

While Trump himself is not named as a defendant, he owns the corporate entity, which faces substantial criminal exposure. Corporate defendants cannot go to prison, but can be assessed fines, penalties and restitution in the form of back taxes. In addition to the potential penalties, Trump will incur legal fees in defending his business from the charges—all direct dents to his pocketbook.

An even greater cost could come in terms of the collateral consequences of the criminal indictment. The Trump Organization makes its money in real estate and construction ventures, heavily leveraged industries where loans are essential to participating in deals. With a criminal indictment looming over it, the Trump Organization may find it even more difficult to borrow money. Banks will assess lending to a company under indictment as a risky venture, and may decline to authorize new loans or even call existing ones. Obtaining insurance coverage could also become more challenging for a business that is under indictment because of increased risk and the potential for a monetary judgment against it. Some policies contain clauses that allow insurers to bow out of their obligations if criminal charges are filed. With limits on capital or loss of insurance coverage, the Trump Organization could find it increasingly difficult to sustain its operations at their current level.

Besides these consequences, the reputation of the Trump brand is likely to suffer harm. The Trump Organization promotes the Trump name, monetizing it to market hotels, resorts, golf courses, wine and other products. An indictment could tarnish the brand and diminish its value, resulting in lost revenue.

In addition to the offenses alleged in the indictment, it is also possible that more charges will follow. Attorney General Letitia James issued a statement saying that the investigation is “ongoing” and would “continue.” In a previous court filing, Manhattan District Attorney Cyrus Vance, Jr., stated that bank and insurance fraud were part of the Trump investigation. That scope would be consistent with information provided by former Trump attorney Michael Cohen, who testified in 2019 before Congress that Trump routinely manipulated the value of assets to serve his own purposes, increasing the value for purposes of obtaining loans and decreasing the value of the same assets for purposes of paying taxes. Reports indicate that another area of potential inquiry is the payment of hush money to adult film star Stormy Daniels to buy her silence about an alleged extra-marital affair leading up to the 2016 election and falsifying of business documents to conceal the payment, a crime for which Cohen went to prison. If those inquiries were to result in charges, they could also add to the potential financial penalties to the business. And unlike Thursday’s indictment, those charges could extend beyond the corporate entities and name Trump himself as a defendant, exposing him to personal liability for financial penalties or even prison.

Of course, none of this may matter politically to Trump. Members of his base have shown themselves to be loyal supporters, and a criminal indictment may actually serve as a rallying point rather than a stain on Trump’s reputation. Trump, who has referred to the New York investigation as a “witch hunt,” may even be able to use the indictment as a fundraising opportunity, encouraging donors to support his legal defense. A spokesperson for the Trump Organization said after the arraignment in court on Thursday that the charges were a “political vendetta,” and “an inappropriate use of a local prosecutor’s vast and unchecked power to target a political opponent.” Just the right words to fuel up the base and generate cash. Trump does not miss opportunities to solicit funds from donors, pulling in more than $200 million in the month after losing the November election.

But if Weisselberg and the Trump Organization are convicted of crimes, support from his political base will be meaningless. And if the evidence trail leads to charges against Trump himself, he will have greater concerns than lost profits. 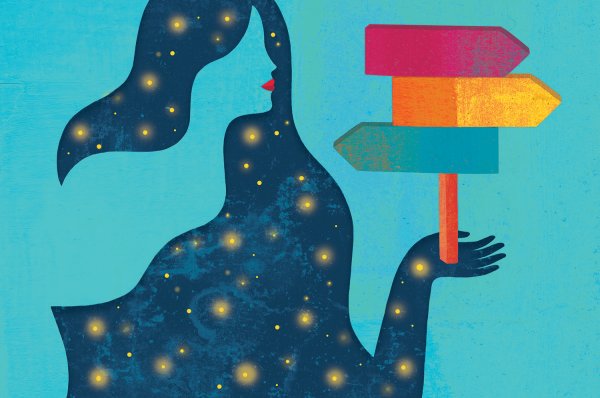 Why Must Women Wait for the Supreme Court to Decide What We Can Do With Our Bodies?
Next Up: Editor's Pick