‘The Fear Is Very Real.’ The Surfside Collapse Is Renewing Focus on Climate Change Risks

By Vera Bergengruen and Justin Worland

In the days since the deadly collapse of a condo tower in Surfside, Florida, residents of Miami’s waterfront buildings have found themselves looking up more often. Cracks in garage ceilings, corroded rebar in concrete columns, and signs of saltwater seepage after bad weather—not uncommon features of older seaside structures in this part of the state—are being seen with new and wary eyes. They are being documented on social media, spread rapidly on group chats and shared in unnerved emails to building managers and inspectors.

“Sometimes it takes the exposure from a tragedy for people to really pay attention!” one person commented on an Instagram video posted on Tuesday that’s been viewed more than 620,000 times, which showed a long crack in the ceiling garage of an apartment building in Key Biscayne, an island off the coast of Miami.

The sudden collapse of a 13-story condo tower on June 24 just north of Miami Beach has left at least 18 people dead and more than 140 people still missing as of Thursday. The tragedy has shaken Miami residents who have grown used to natural disasters and regular warnings that they are in the crosshairs of climate change as rising sea levels threaten the city’s coastline. But though it’s not yet clear what factors caused the building to crumble, experts say the fresh sense of panic that the Surfside disaster has set off could have ripple effects that shake years of breakneck growth in Miami real estate, threatening the regional economy which depends on a robust real estate sector.

“I think this just makes the coast a lot less valuable,” says Jesse Keenan, an associate professor at Tulane University who has led research on climate change and financial risk. “That value plays out in the market, it plays out in public finance and it plays out in people’s perception of what it means to move to Florida.”

A memorial wall, set up on a nearby tennis court fence, full of posters of missing victims on June 30.
Ysa Pérez for TIME

For years, experts have warned that real estate in Miami is vulnerable to climate-induced rising sea levels and increasingly stronger storms. For those living on South Florida’s coast, waking up with an ocean view comes with calculated risks. From June to November, homes can be battered by hurricane-force winds that force occupants to evacuate inland. It’s not unusual for people to to wade through knee-deep water to get to their cars after a heavy rain, or watch U.S. Army Corps trucks dumping tens of thousands of pounds of fresh sand to replenish the beaches that serve as a buffer from the rising water. The City of Miami, population 470,000, is home to 26% of all U.S. homes at risk from rising seas, according to real estate site Zillow. According to studies conducted by the Risky Business Project, between $15 and $23 billion of property in the city could be underwater by 2050.

But all of this was supposed to happen gradually. The illusion of time allows for a certain dissonance, with booming real estate continuing to sell the dream of sunny Florida. It remains to be seen what role—if any—climate-related conditions played in the collapse in Surfside, but the event has nonetheless brought to the fore concerns about the ability of the Miami real estate market to sustain its pace of growth as the region grows increasingly vulnerable to the effects of climate change.

“Before, when you hired an inspector to inspect your condo, you would never think that the building could just fall,” says Miami real estate analyst Ana Bozovic. “It just doesn’t happen. That’s crazy.”

The immediate aftershocks of the disaster have played out in a raft of investigations and audits meant to reassure anxious residents. Miami-Dade Mayor Daniella Cava-Levine ordered an immediate review of all buildings in the county that are five stories or taller and constructed more than 40 years ago. (The Surfside building was built in 1981, before Florida’s building codes were strengthened after Hurricane Andrew devastated the area.) The National Institute of Standards and Technology (NIST), a federal agency that investigated the collapse of the World Trade Center on 9/11, has dispatched researchers to the site. The town of Surfside has also hired a leading structural engineer to analyze what caused the collapse and determine if the adjacent buildings are at risk.

But the tragedy has also focused outrage and public attention on the infighting, mismanagement and lack of transparency of some homeowners and condo associations, which in South Florida is worsened by the often astronomical cost estimates for fixes which may defer necessary maintenance. Residents of Champlain Towers South were looking at a $15 million assessment to repair “major structural damage” flagged by engineers, with owners being asked to pay between roughly $80,000 for one-bedroom units to $336,000 for the penthouse.

A sign, that reads "Surfside Strong", hangs off of the balcony of a nearby apartment building.
Ysa Pérez for TIME

Experts say it may take months before clues start to emerge in publicly reported data on what effects the Surfside collapse will have on real estate in the long term. Most immediately, more buyers may be reluctant to buy condos in older buildings located on the ocean’s edge out of concern that a building may have some of the same issues as the one in Surfside, leaving owners to sell at a steep discount or take their property off the market. In the medium term, insurance companies may decide to reprice their policies for oceanside condominiums, raising the cost of living there and likely decreasing their value. In a region where a significant share of the population—and the taxbase—lives in close proximity to the ocean, this could have a ripple effect, drying up public coffers in a state where 30% of local government revenue comes from property taxes.

Speculation about this potential chain of events isn’t anything new. Experts have warned for years that South Florida is particularly vulnerable to a climate-related real estate devaluation. In a January 2020 interview before he joined the Biden Administration, Brian Deese, who now heads the National Economic Council, told TIME that climate risk had not been adequately priced into housing in South Florida and that the region faced the possibility of devaluation as that awareness grows. “Physical risks are not being appropriately priced in,” Deese said. “The degree of capital reallocation and the speed of that is going to be larger and happen more quickly than most market participants expect.” The White House didn’t respond to a request for a comment.

Flowers attached to barriers on the beach near where the Champlain Towers South collapsed.
Ysa Pérez for TIME

For now, concerns of buildings going underwater in the coming decades still seem distant. Condominium associations are reassuring residents that the factors in their own oceanfront buildings “vary drastically” from those of the Surfside building and that they should have “peace of mind,” according to emails seen by TIME. And as far as the market goes, demand in Miami was so high that it can survive a small dip following a one-off event—if that’s what the Surfside disaster proves to be. The pandemic has driven the local market to record highs: from May 2020 to May 2021, sales of existing condos jumped 286%, from 563 to 2,176, according to the Miami Association of Realtors.

But for many who live here, the sudden wake-up call to the tangible and deadly consequences of ignoring costly inspections, maintenance and repairs in oceanfront properties may lead some to realize that their Florida dream is unsustainable. Indeed, Keenan, who is on the faculty of Tulane’s architecture school, estimates that addressing the problems at the collapsed building could have been an even steeper bill that would draw into question the economics of the building altogether.

“The fear is very real,” says Bozovic, the real estate analyst. The older condo buildings dotting the beach may be hard hit in the short term, especially those around the site of the collapse, just north of Miami Beach, where she says buyers won’t want to live in view of the site of the tragedy. “People died there. Who wants to look at that? It’s very sad.” 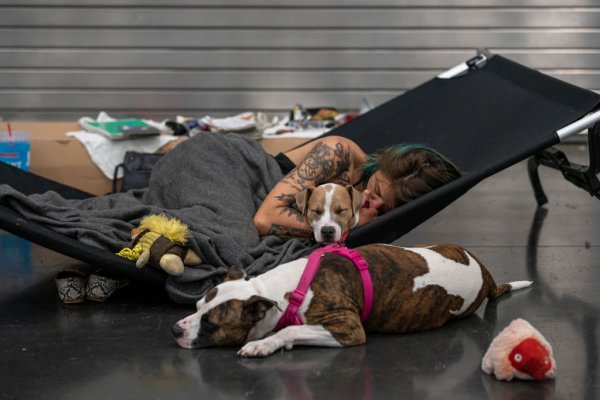