States Are Leading the Way on a Public Health Insurance Option

An operating theatre for trauma and cardiac arrests, among other urgent emergencies.
Ashley Gilbertson —Redux/VII
By Abigail Abrams

When Joe Biden ran for president, he campaigned on lowering health care costs and expanding coverage by adding a government-run health insurance option to compete with private insurers. That’s far from becoming a reality at the federal level, but three states have now passed their own versions of a public option—test cases that can reveal the possibilities and pitfalls of implementing such a system in the U.S.

Colorado and Nevada both signed public health insurance options into law in June, and Washington state recently updated its public option, first approved in 2019. All three plans are more limited in scope than what Biden and other Democrats have suggested a federal version might look like, but members of Congress are nevertheless watching closely to see how they fare.

“I’m really interested in what the states’ experiences have been in enacting and implementing [a public option], what the barriers have been, some of the challenges they see so that we can learn from them and put together legislation that works,” says Sen. Patty Murray, a Democrat from Washington. She and New Jersey Rep. Frank Pallone announced in May that they want to develop new federal public option legislation, and Democratic Senators Tim Kaine of Virginia and Michael Bennet of Colorado also reintroduced their Medicare X public option plan earlier this year.

With an evenly divided Senate and a slim Democratic majority in the House, it’s highly unlikely lawmakers will pass a federal public option any time soon. Instead, Democratic states are tackling what Congress has failed to do ever since Republicans and centrist Democrats spiked a public option plan during the Affordable Care Act (ACA) negotiations in 2009. The new state level public option plans attempt to decrease health care costs by paying lower rates to hospitals, doctors and other medical providers than private insurance companies do. “The unifying theme among the three states is essentially using the power of the state government to try to lower premiums for insurance consumers,” says Sabrina Corlette, co-director of the Georgetown University McCourt School of Public Policy’s Center on Health Insurance Reforms.

This is a major issue for many Americans. Survey after survey shows that large shares of Americans cannot afford necessary health costs. People frequently skip medications, put off treatments or avoid seeking care altogether, which can hurt their own health and endanger others during a public health crisis. Even before the pandemic, 137 million Americans struggled with financial hardship due to medical bills. Nearly 30 million Americans remain uninsured. More than half of those people are eligible for ACA subsidies or Medicaid plans, but research has shown that concerns about cost deter them from signing up.

For the first time in a decade, Democrats need to figure out new political messaging on health care that doesn’t involve defending the ACA. The conservative Supreme Court upheld President Barack Obama’s signature health care law in June, marking the end of 11 years of efforts by Republicans to eliminate the law. Biden is focused on passing his infrastructure and care bills, which would make permanent expanded subsidies for Obamacare plans, but do not include more ambitious health care reforms. The party is now in the early stages of coalescing around its next health care priorities, and some hope that advocating for a public option will be one of its next steps.

Critics of the public option argue that it’s not the solution, saying that it amounts to a government takeover of health care and could lead to widespread hospital closures. The early test cases in Washington, Colorado and Nevada have already revealed the challenges ahead. Each of the three states faced intense pushback from hospitals and providers, and none was able to implement a true public option—despite retaining Democratic majorities in both houses of their state governments.

How the system works in these three states will mark the first experiments in the United States of whether public options on the health care marketplace can help solve the persistent, devastating problem of the country’s ballooning health care costs. If they fail, both Democrats on the far left, who favor a single payer system, and Republicans, who oppose government intervention in health care, could see their critiques vindicated. But if they succeed in lowering costs for consumers, moderate Democrats like Biden could point to the states as proof that a public option holds promise for more Americans in the future.

How the public option works

The plans in Washington, Nevada and Colorado were forged by compromise amid intense medical industry opposition. In the end, none of them are truly government-run public options.

Instead of plans that are administered by the government, the states are working with private insurance companies to create new health plans that will be overseen and partially designed by the government. This also means the states don’t have to set up whole new infrastructures to administer their own health insurance plans. Rather, the “public” plans will be sold to individuals alongside other private options on the ACA marketplace.

Washington was the first state in the country to pass any form of a public option in 2019. But it struggled in its first year. Many hospitals refused to accept the public option plan, called Cascade Select, due to its lower rates of reimbursement. That meant the plans were only available in 19 of the state’s 39 counties and fewer than 2,000 people signed up for the plan. Premiums also didn’t drop as lawmakers hoped; while the state-mandated benefit designs reduced out-of-pocket costs, Cascade Select premiums were an average of 4% higher than average 2020 premiums.

Washington is trying to fix these issues with new legislation signed in May. The law will require hospitals to contract with the public option plan in some circumstances and adds premium subsidies that will help people afford the plans starting in 2023. “I was disappointed that we didn’t have a statewide plan,” says state Rep. Eileen Cody, a former nurse who sponsored the 2019 legislation. “But as a first step and considering COVID, I feel like we did okay. And I’m really hopeful waiting to see what happens with ’23.”

In Colorado, after the pandemic paused discussion of a public option last year, lawmakers came back in early 2021 with a more aggressive proposal for a true government-run public option. But legislators ultimately reached a compromise with industry groups and scrapped the idea of a state-run plan in favor of mandating that insurers offer standardized public option plans that reduce premiums by 15% over three years. “The hospital lobby’s powerful and they have a lot of money,” says Joe Hanel, director of communications at the nonpartisan Colorado Health Institute, “and you don’t want them spending millions of dollars every year for the next several years trying to tear down what you just built.”

Nevada’s plan will require some insurers to bid to offer public option plans with monthly premiums that must start at 5% below the “benchmark” ACA plan in the first year and go down to 15% less over four years.

Hospitals and providers fight back

Hospitals and providers fought hard against the plans and garnered some major victories, but proponents of a public option have become savvier at selling the idea, too.

In general, opponents of public options say that the plans could disrupt people’s current coverage, cost the states money and mean that providers don’t earn enough to cover their costs. Hospitals warn that lower reimbursement rates will make it harder for them to offer necessary services, particularly in rural areas where many are already struggling to operate. There’s also a fierce political debate: Republicans in each state argued that the programs would be expensive to implement and would threaten hospitals and providers after a tough pandemic year, while Democrats asserted a public option would ease costs for patients and help providers by encouraging some uninsured patients to buy the public plans.

The Partnership for America’s Health Care Future, a coalition of health insurers, hospitals and business groups that has lobbied against a public option and other reforms at the federal level, established affiliates in Colorado and Nevada. They ran ads, sent mailers and commissioned research to argue that a public option would harm providers in those states. In Colorado, the Partnership spent more lobbying this year than any other group has since at least 2011, according to the Colorado Sun. “There were millions of dollars spent here because Colorado was looked at as, ‘We let this happen in Colorado, it could happen in other places or go national,’” says Hanel.

But proponents of the plans learned to fight the opposition with members of their own, enlisting doctors and insurance executives to talk about why they support a public option. “They try to lump the whole system together and say, well, the system’s against this, doctors, hospitals are all against this,” says Dr. Rob Davidson, an ER doctor and executive director of the Committee to Protect Health Care. “Doctors felt this need to stand up and say, wait a minute, we do this because we want to help people. And when we see this legislation that could actually help people, this is something we want to be a part of.” Davidson’s group organized physicians on the ground in each state to write op-eds, appear in commercials and lobby their legislators in favor of the public option.

Dr. Harpreet Tsui, an internal medicine doctor in Nevada, said she advocated for the public option legislation after seeing patients cry in her office because they couldn’t afford medications or worried they’d have to stop paying for their insurance. “I think it’s important to put a name and a face to the story,” she says. “Even a patient of mine could open the newspaper and be like, Oh, yeah, there’s Dr. Tsui, this is a good idea.”

Former Cigna executive Wendell Potter got involved to call out what he terms “the BS from the other side.” Potter created fact sheets that poked holes in industry talking points, testified in favor of the public option in Nevada, and sent letters directly to lawmakers there and in Colorado. It’s difficult to tell whether the messaging strategy moved the needle on public support for the plans, but the idea is popular: A March poll from Morning Consult found that 68% of Americans supported a public option. And the number of states with a public option could soon double. Connecticut, Oregon and New Mexico have already considered public option legislation, and advocates say they want to keep pushing the idea in more states in the future.

Potter, who has been in this fight for more than a decade, is seeing progress. In 2009, he had recently left Cigna and testified for the first time in favor of a public option during the ACA debates. Now, years after that effort was killed, he thinks these state plans can build momentum for the idea. He says: “I am becoming a bit more optimistic.” 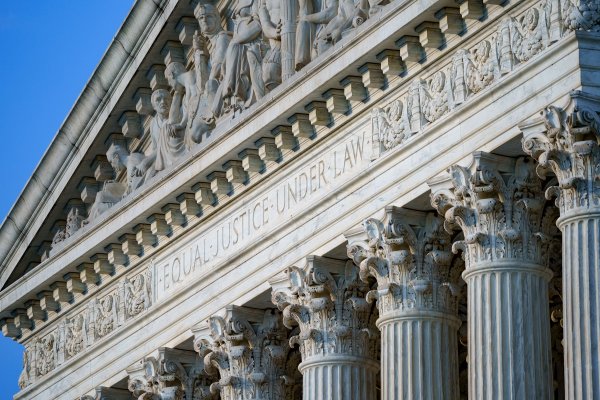