No, the Vikings Did Not Discover America. Here's Why That Myth is Problematic

The myth of the Norse discovery of America is tied directly to the country's history of racial inequality
Alamy
Ideas
By Gordon Campbell
Campbell is a Fellow in Renaissance Studies at the University of Leicester and a Fellow of the British Academy. His new book is Norse America: The Story of a Founding Myth

Who discovered America? The common-sense answer is that the continent was discovered by the remote ancestors of today’s Native Americans. Americans of European descent have traditionally phrased the question in terms of identifying the first Europeans to have crossed the Atlantic and visited what is now the United States. But who those Europeans were is not such a simple question—and, since the earliest days of American nationhood, its answer has been repeatedly used and misused for political purposes.

Everybody, it seems, wants a piece of the discovery. The Irish claim centers on St Brendan, who in the sixth century is said to have sailed to America in his coracle. The Welsh claimant is Madog ab Owain Gwynedd, who is said to have landed in Mobile, Ala., in 1170. The Scottish claimant is Henry Sinclair, earl of Orkney, who is said to have reached Westford, Mass., in 1398. The English have never claimed first contact, but in the English colonies John Cabot was sometimes invoked in connection with English origins.

After the War of Independence, when the new American republic needed to dissociate itself from England, Cabot was displaced in the popular imagination by Christopher Columbus, despite the fact that he had never visited what is now the U.S. Eventually, the fact that Columbus was an Italian Catholic sailing in the service of Spain caused unease in a country in which the dominant group was descended from English Protestant colonists, and so the myth of a Norse discovery was born in the late 18th century. In the years since, the continued persistence of this myth has illustrated just how easy it is for false history to have serious consequences.

The heyday of the idea that the Norse were the first Europeans to have “discovered” America was the second half of the 19th century. The “evidence” took the form of inscriptions and Norse artifacts discovered in areas of Scandinavian settlement. In 1841 an account of the evidence from the Norse sagas was published in English, and in 1874 Rasmus Anderson published America Not Discovered by Columbus, which lent powerful support both to the historic myth that the Norse had visited New England repeatedly from the 10th to the 14th centuries, and to the Teutonic ancestral mythical link between the Norse and the New England cultural elite known (in the memorable phrase of Oliver Wendell Holmes) as “the Brahmin caste of New England.” The difficulty that the Norse were pre-Reformation Catholics was surmounted by treating the eventual conversion of Scandinavia to Protestantism as a retrospective virtue already embedded in the national character of the Norse.

Scandinavian Americans are now part of the cultural mainstream, but in the 19th century, Scandinavian farmers struggling to make a living in Minnesota, Wisconsin and the Dakotas were regarded with condescension by the New England cultural elite. The discovery in 1898 of the Kensington Runestone, with its inscription recording the arrival of a group of Norse explorers in 1362, enabled rural Minnesotans to feel proud that their ancestors had visited the region five centuries earlier. Scholarly dismissal of the authenticity of the Runestone has not erased belief that it is genuine.

On the east coast, the dominant group was of British rather than Scandinavian descent, but a myth arose that combined the two ancestries. As Charles Kingsley, the Victorian novelist, said in a letter of 1849, “the Anglo-Saxon (a female race) required impregnation by the great male race—the Norse.” This idea led Scottish historian and essayist Thomas Carlyle to declare that a “vacant earth,” in the form of an unpopulated America, needed to be seeded by Anglo-Saxons. It is of course the case that America was already populated by the descendants of those who had arrived many millennia earlier, but native Americans were discounted. Laura Ingalls Wilder’s Little House on the Prairie (1935) began with a description of the American West as a place where the wild animals wandered free, “and there were no people. Only Indians lived there.”

Why do unfounded claims about the Norse in America matter, beyond the simple desire to make history truthful? One of the glories of America is the ambition to realize Thomas Jefferson’s contention that all men are created equal. Yet even today, racial and ethnic equality remains unrealized, and racial entitlement remains a potent force.

Some who have touted the idea of the Norse discovery are benignly proud of their ancestry, and curious about exploring it. But such sentiments can become sinister, leading to claims of ethnic superiority. At the extreme, Nazi sympathizers in the U.S., whose numbers included Charles Lindbergh and some other members of the America First Committee, found a link to the Aryan supremacy claimed by Hitler’s followers.

The origins of such entitlement can be traced to the colonial period, when English migrants felt entitled to conquer and occupy someone else’s homeland, to disinherit and force to the margins of society the people that they displaced, and to go on to enslave the peoples of another continent. It was this sense of ethnic superiority that allowed a spurious historiography whereby America was discovered by Vikings.

The larger context for such questions is the process whereby a settler society creates political and educational power structures, and then fashions an imagined history in which the indigenous people are characterized as uncivilized, and then marginalized with respect to land. The fiction of the Norse discovery was coupled with the idea of northern Europeans as racially and culturally superior, and so the legitimate owners of Native American lands. This ahistorical notion of English settlers constituted of a fusion of Anglo-Saxon and Viking blood has been used to justify the appropriation of the homeland of indigenous peoples in the 19th century; the discrimination against Irish, Italian, and Jewish migrants in the 20th; and the continued marginalization of Americans of African and Latino origin in the 21st. The notion that “true” Americans are the descendants of English settlers whose character has been fortified by the admixture of Viking blood is abetted by the myth of the Norse discovery of America. The myth may be an old one, but the reasons to correct it are as timely as ever. 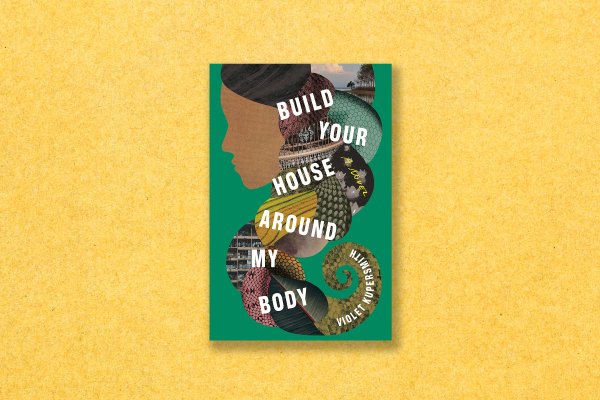 Build Your House Around My Body Offers a Satisfying Story of Possession and Revenge
Next Up: Editor's Pick