Dutch Prime Minister Mark Rutte challenged Viktor Orban to trigger the process of leaving the European Union as a spat over LGBTQ rights deepened the Hungarian premier’s isolation in the bloc.

During a summit in Brussels on Thursday, Rutte asked why Orban doesn’t leave the EU if it doesn’t subscribe to its values, according to two diplomats familiar with the comments. Other countries joined the chorus lambasting Orban over a controversial law curtailing public discussion of LGBTQ issues.

Swedish Prime Minister Stefan Lofven told the leaders during the two-day meeting that his country’s taxpayers wouldn’t contribute funds to member states that don’t respect human rights, said one of the diplomats, who asked not to be identified because the discussions are private.

The furor comes after Hungary’s parliament approved legislation last week outlawing content for children that can be deemed to “promote homosexuality.” The bill, which pairs the LGBTQ community with pedophilia, extends a law adopted last year that effectively bans same-sex partners from adopting children and enshrines in the constitution that marriage is only between a man and a woman.

During the talks, Orban complained that he was being attacked from all sides and that other leaders had misunderstood the law, according to diplomats briefed on the meeting. Orban said the legislation doesn’t target homosexuality and that he is ready to work with the European Commission over any possible infraction.

Italian Prime Minister Mario Draghi told Orban it is up to the commission to establish whether Hungary may have violated EU treaties, the diplomats said.

The EU’s executive arm has triggered legal proceedings against the law, adding to signs that it will toughen its stance when assessing whether Hungary and regional ally Poland have descended into authoritarianism. Later this year, the commission may propose the freezing of payments from the bloc’s jointly financed stimulus program and common budget to the two countries, citing risks for the misallocation of funds due to the lack of democratic checks and balances. 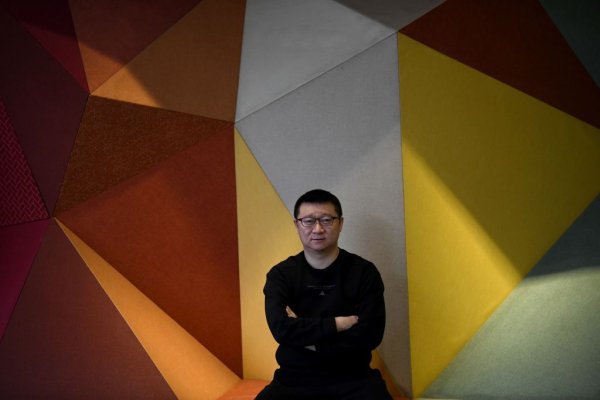 Meet the Chinese Ex-Cop Creating a Global LGBTQ+ Community
Next Up: Editor's Pick