President Joe Biden has largely relegated his public remarks on domestic policies to two topics: the COVID-19 pandemic and the economy. But rising murder rates over the past year and the potential for a summer spike in violent crime have prompted him to wade into much thornier political territory and unveil a new strategy to combat rising gun violence.

The Administration has developed a five-pronged plan, according to senior officials: curbing the flow of firearms, disseminating federal funds to local law enforcement for both personnel support and investment in community violence intervention programs, expanding summer programming for teenagers, and helping formerly incarcerated individuals with reentry. Biden and Attorney General Merrick Garland will lay out this plan in detail in public remarks on Wednesday, after meeting with a bipartisan group of activists and local elected officials to tout the policies.

This White House rollout comes amid a mounting national conversation about the spike in gun violence during the coronavirus pandemic, but there are political risks in wading into this issue for both Biden and congressional lawmakers on the ballot next year. The Administration has repeatedly stressed that the surge in violence is a direct result of the pandemic that preceded the Biden Administration. “There’s been actually a rise in crime over the last five years, but really the last 18 months,” White House Press Secretary Jen Psaki told reporters Monday. But Republicans have rallied around the numbers as part of a messaging tactic they believe will benefit them in the 2022 midterm elections. “If this isn’t for political purposes, it darn well should be,” says Republican strategist Matt Gorman. “Democrats have been banging the defund [the police] drum, while violent crimes have risen.” In the last election cycle, several Democrats from moderate swing districts lost their reelection campaigns after Republicans tied them to rhetoric about wanting to defund the police.

Now, with the party in power historically expected to lose seats in a President’s first midterm elections, Democrats are on the defensive. Biden’s advisors are concerned that Republicans will use the statistics as a political cudgel to blame the Biden Administration for the uptick in violent crime. According to data from the National Commission on COVID 19 and Criminal Justice, homicide rates in 2020 were 30% higher than in 2019. The average aggravated assault rate was 6.4% higher and the gun assault rate 8% higher. Both Administration officials and gun violence prevention advocates, citing historical trends of summer spikes of violence, believe these numbers will only increase in the coming weeks. “We’re going into the season where we’re going to see mass shootings almost every day,” says Brian Lemek, executive director of BradyPac, the political arm of the Brady Center to Prevent Gun Violence. “We really think this could be one of the most dangerous summers yet.”

The new plan Biden will unveil Wednesday is an effort to reverse that trend and blunt Republican criticism. The $350 billion in federal funds to assist local law enforcement comes from the American Rescue Plan, the $1.9 trillion coronavirus relief package Biden signed into law in March. The funds can be used to hire additional law enforcement officers, or be put towards community violence intervention (CVI) programs. Senior Administration officials say this set of funding, along with $122 billion from the American Rescue Plan for school funding, can also be used for programming and employment opportunities for teenagers, young adults, and former prisoners trying to reenter society.

“This is a historic amount of funding that the President is making available to cities and states through the American Rescue Plan to invest in a range of tools to reduce gun violence in their communities,” a senior Administration told reporters on a June 22 briefing call.

In what Administration officials are hailing as a “historic policy,” the Bureau of Alcohol, Tobacco, Firearms and Explosives (ATF), a subsidiary of the Justice Department, is also announcing Wednesday that it will revoke the licenses of any federal firearms dealers the first time they violate federal law, and notify them about transferring any remaining inventory. In addition, the DOJ is spearheading an initiative to curb illegal gun trafficking in New York, Chicago, Los Angeles, the San Francisco Bay Area and Washington, D.C.

Since the money being used under these proposals has already been appropriated by Congress, the Administration can implement the plan unilaterally. But for long-lasting change on gun control, the most effective policies still need to come from Congress, and nothing appears imminent. Two gun violence prevention bills are currently stalled in the Senate after passing the House because they lack the requisite 60 votes. 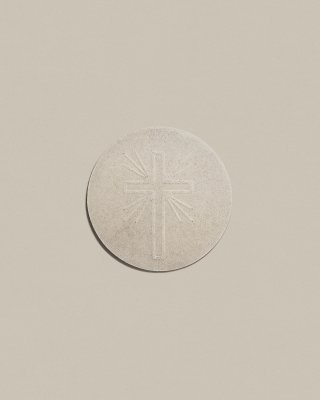 Joe Biden is Caught in the Middle of a Catholic Church Debate Over Communion
Next Up: Editor's Pick