The attempt to recruit high-profile intermediaries represents the government’s latest move in long-running efforts to buy vaccines from BioNTech. Taiwan has so far been unable to obtain Pfizer-BioNTech vaccines either directly from the German company or from Shanghai Fosun Pharmaceutical Group Co., which has an agreement to develop and distribute them in the greater China region that includes Hong Kong, Macau and Taiwan.

Taiwan, with help from the German government, will also continue to talk to BioNTech and its agent to secure vaccines, Chang said in a post-meeting press briefing, without naming Fosun.

An earlier agreement between the government and BioNTech fell through in January, with Taiwanese Health Minister Chen Shih-chung blaming the intervention of “external forces”—widely seen as a reference to the Chinese government.

China denies it has sought to block Taiwan’s efforts to procure vaccines. Fosun has repeatedly said it wants to supply the BioNTech vaccine to Taiwan.

After managing to remain largely Covid-free for much of the past year, Taiwan has seen a spike in cases over the past six weeks, raising pressure on the government to secure more vaccines. Authorities have implemented wide-ranging restrictions, such as closing schools, banning large gatherings and shutting all recreation and entertainment venues, in an effort to slow the spread of the virus.

But a shortage of vaccines remains a serious concern. Taiwan has so far managed to procure fewer than 3 million vaccines from AstraZeneca and Moderna, enough to fully vaccinate only 5% of its 23.5 million people.

Gou, who launched and then abandoned a presidential campaign in 2019, offered earlier this month to step in to help with the government’s vaccine efforts. So far he hasn’t come up with any concrete results.

—With assistance from Miaojung Lin, Cindy Wang and Debby Wu. 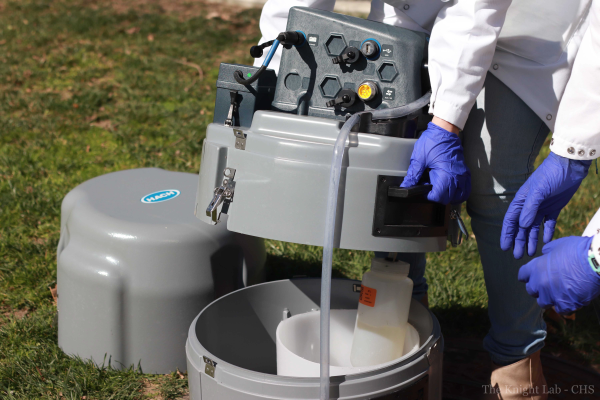 The Next Big Weapon Against COVID-19: Human Waste
Next Up: Editor's Pick