We are taught that medicine is the art of solving our body’s mysteries. And we expect medicine, as a science, to uphold the principles of evidence and impartiality. We want our doctors to listen to us and care for us as people. But we also need their assessments of our pain and fevers, aches and exhaustion, to be free of any prejudice about who we are. We expect, and deserve, fair and ethical treatment regardless of our gender or the color of our skin.

But here things get complicated. Medicine carries the burden of its own troubling history. The history of medicine, of illness, is every bit as social and cultural as it is scientific. It is a history of people, of their bodies and their lives, not just of physicians, surgeons, clinicians and researchers. And medical progress has not marched forward just in laboratories and benches, lectures and textbooks; it has always reflected the realities of the changing world and the meanings of being human.

Gender difference is intimately stitched into the fabric of humanness. At every stage in its long history, medicine has absorbed and enforced socially constructed gender divisions. These divisions have traditionally ascribed power and dominance to men. Historically, women have been subordinated in politics, wealth and education. Modern scientific medicine, as it has evolved over the centuries as a profession, an institution and a discipline, has flourished in these exact conditions. Male dominance—and with it the superiority of the male body—was cemented into medicine’s very foundations, laid down in ancient Greece.

In the third century BCE, the philosopher Aristotle described the female body as the inverse of the male body, with its genitalia “turn’d outside in.” Women were marked by their anatomical difference from men and medically defined as faulty, defective, deficient. But women also possessed an organ of the highest biological—and social—value: the uterus. Possession of this organ defined the purpose of women: to bear and raise children. Knowledge about female biology centered on women’s capacity—and duty—to reproduce. Being biologically female defined and constrained what it meant to be a woman. Women’s illnesses and diseases consistently related back to the “secrets” and “curiosities” of her reproductive organs.

Of course, not all women have uteruses, and not all people who have uteruses, or who menstruate, are women. But medicine, historically, has insisted on conflating biological sex with gender identity. As medicine’s understanding of female biology has expanded and evolved, it has constantly reflected and validated dominant social and cultural expectations about who women are; what they should think, feel and desire; and—above all else—what they can do with their own bodies. Medical myths about gender roles and behaviors, constructed as facts before medicine became an evidence-based science, have resonated perniciously. And these myths about female bodies and illnesses have enormous cultural sticking power. Today, gender myths are ingrained as biases that negatively impact the care, treatment and diagnosis of all people who identify as women.

For example, health-care providers and the health-care system are failing women in their responses to and treatment of women’s pain, especially chronic pain. Women are more likely to be offered minor tranquilizers and antidepressants than analgesic pain medication. Women are less likely to be referred for further diagnostic investigations than men are. And women’s pain is much more likely to be seen as having an emotional or a psychological cause, rather than a bodily or biological one. Women are the predominant sufferers of chronic diseases that begin with pain. But before our pain is taken seriously as a symptom of a possible disease, it first has to be validated—and believed—by a medical professional. And this pervasive aura of distrust around women’s accounts of their pain has been enfolded into medical attitudes over centuries. The historical—and hysterical—idea that women’s excessive emotions have profound influences on their bodies, and vice versa, is impressed like a photographic negative beneath today’s image of the attention-seeking, hypochondriac female patient. Prevailing social stereotypes about the way women experience, express, and tolerate pain are not modern phenomena—they have been ingrained across medicine’s history. Our contemporary biomedical knowledge is stained with the residue of old stories, fallacies, assumptions, and myths.

Over the past few years, gender bias in medical knowledge, research, and practice has hit the mainstream. Headlines like “Why Won’t Doctors Believe Women?,” “Doctors Are Failing Women with Chronic Illness,” and “Doctors Are More Likely to Misdiagnose Women Than Men” crop up regularly in the U.K. and U.S. press. Public awareness is growing around the way that women are all too frequently being dismissed and misdiagnosed. We’re learning that medical sexism is rife, systemic and making women sicker. But women are not a monolithic category. The discrimination women encounter as medical patients is magnified when they are Black, Asian, Indigenous, Latinx, or ethnically diverse; when their access to health services is restricted; and when they don’t identify with the gender norms medicine ascribes to biological womanhood.

It seems ridiculous now to imagine physicians once believed that women’s nerves were too highly strung for them to receive an education and that their ovaries would become inflamed if they read too much. But these outrageous myths are alive and well in a world where menstruation and menopause are still seen by many people as credible reasons why women shouldn’t hold positions of political power. When clinical research exempts women from studies and trials on the grounds that female hormones fluctuate too much and upset the consistency of results, medical culture is reinforcing the centuries-old myth that women are too biologically erratic to be useful or valuable.

Since the 1960s, feminist health campaigners have fought tirelessly against the suppression of drugs’ side effects and systemic gender and racial bias in clinical research, from both inside and outside the medical establishment. Women forced changes in law and practice by campaigning from the ground up. Their efforts, ultimately, have made medications, including the contraceptive pill and hormone replacement therapy, safer for all women. And medical feminism has a long, fascinating, and inspiring history of women raising their heads above the parapet to ensure that women are represented, cared for and listened to. Feminist social reformers denounced medicine’s perpetuation of women’s “natural” inferiority in the 18th century. Grassroots activists in the 1970s empowered women to reclaim the ownership and enjoyment of their bodies from man-made medical mystification, and created knowledge for women, by women. In the decades and centuries in between, feminist physicians, socialists, researchers and reformers have defended women’s body rights and freedoms—from normalizing menstruation and celebrating sexual pleasure to legalizing contraception and defending reproductive autonomy.

Medicine is working to revolutionize its practice and protocols, but there is a long legacy to quash when it comes to women’s bodies and minds. I know from experience that this legacy continues to stymie effective and timely care, diagnosis, and treatment. It is well past time for medicine’s checkered past to give way to a future where the fabric of women’s experience is recognized and respected in its entirety.

I believe that the only way to move forward, to change the culture of myth and misdiagnosis that obscures medicine’s understanding of unwell women, is to learn from our history. In the man-made world, women’s bodies and minds have been the primary battleground of gender oppression. To dismantle this painful legacy in medical knowledge and practice, we must first understand where we are and how we got here. No unwell woman should be reduced to a file of notes, a set of clinical observations, a case study lurking in an archive. Medicine must listen to and believe our testimonies about our own bodies and ultimately turn its energies, time, and money toward finally solving our medical mysteries. The answers reside in our bodies, and in the histories our bodies have always been writing. 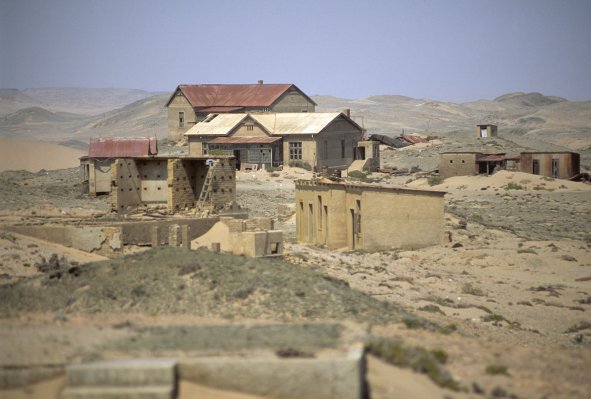