The U.S. Government Placed a Big Bet on an Antiviral Pill to Fight COVID-19

We’re not going to vaccinate our way completely out of this pandemic. With epidemiologists around the world increasingly accepting the reality that SARS-CoV-2 and its variants will become endemic viruses—like the seasonal flu—the push is on to develop antiviral medications that can be taken at home to prevent infections from leading to hospitalization and death. Today, the Department of Health and Human Services announced that the Biden Administration has authorized $3.2 billion to accelerate the development of antivirals already in the R&D pipeline, with the hope that at least one will be ready for release before the end of the year.

“The remarkable and rapid development of vaccines and testing technology has shown how agile scientific discovery can be,” said Dr. Francis S. Collins, director of the National Institutes of Health (NIH), in an HHS statement. “We will leverage these same strengths as we construct a platform for the discovery and development of effective antivirals.”

The plan will focus on 19 drugs currently being investigated for their antiviral potential, with a goal of accelerating their development to Phase 2 clinical trials. Last week, the Administration already placed a major bet on one of the 19, announcing that it will purchase up to 1.7 million doses of an antiviral being produced by Merck, pending emergency use authorization or full approval by the U.S. Food and Drug Administration.

Of the $3.2 billion being allocated, $1.2 billion is going to fund the creation of what the HHS calls “collaborative drug discovery groups,” hoping that the push to create a COVID-19 treatment will also create a developmental infrastructure for other antivirals to treat other diseases.

The new drugs could not only fill the breach left by the vaccine-hesitant who are slowing the push in the U.S. and around the world to reach herd immunity, they could also serve as a backstop against breakthrough infections—cases of COVID-19 that occur even among the vaccinated. Late last month, for example, the CDC reported more than 10,000 breakthrough vaccinations in 46 states as of the end of April, at a time when just over 100 million vaccines had been administered in the U.S. In Massachusetts alone, there have currently been a total of 4,000 breakthrough infections recorded, reported the Boston Herald today. That’s still a relatively small number—representing just 0.1% of vaccinated people—but does make the new drugs attractive.

“New antivirals that prevent serious COVID-19 illness and death, especially oral drugs that could be taken at home early in the course of disease, would be powerful tools for battling the pandemic and saving lives,” said Dr. Anthony Fauci, head of the National Institute for Allergy and Infectious Diseases, in the HHS announcement. 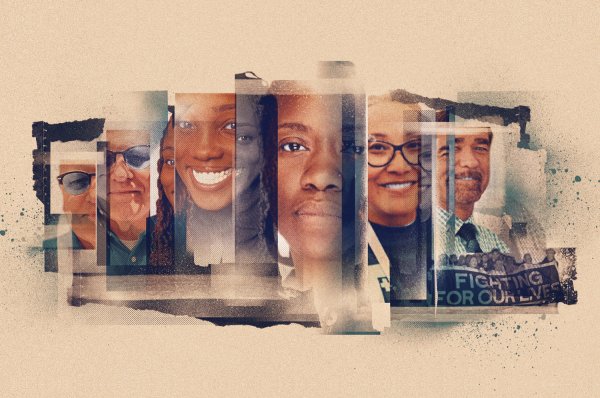