X Troop at Aberdovey, 1943. Peter Masters is in the back row, second from the left; Colin Anson is in the second row from the back, twelfth from the left; Manfred Gans is in the third row from the back, third from the right; and Bryan Hilton- Jones is in the front row, just to the left of Bully.
Courtesy of the Masters Family Collection
Ideas
By Leah Garrett
Garrett is the author of the new book X Troop: The Secret Jewish Commandos of World War Two. She is director of the Jewish Studies Center at Hunter College.

As we approach the 80th anniversary of America’s entry into World War II, it can sometimes seem as if we know all the stories that there are to know about the conflict. But this assumption underestimates the scope and complexity of one of the most destructive episodes in human history. New details are emerging all the time, as declassified files come to light and remaining survivors come forward to share their memories—and their secrets.

One of the greatest untold stories has to do with the countless heroic Jews who served in the U.S., British and Russian militaries during the war. These soldiers’ vital contributions to the Allied war effort remain buried partly due to a generally accepted myth that Jews were overwhelmingly victims during the Holocaust, and that in Israel alone were there tough, strong, fighting Jews. But there are other, more nuanced and occasionally nefarious reasons that these stories have not yet come to light. The tale of an extraordinary, little-known unit known as X Troop is a case in point.

The Germans seem to be unstoppable in Europe. Desperate to change the course of the war, Winston Churchill and his Chief of Combined Operations decide to create a commando unit of Jewish refugees. Many of them were in concentration camps before their escape to the U.K., and most have lost their families to the Nazis. They came from German and Austria as teenagers, and when the war broke out were interred as enemy aliens, often in horrific conditions in Australia and Canada. For them, the war is personal, and they will stop at nothing to defeat the Nazi menace. They take the fight to the enemy with both counterintelligence and advanced fighting skills, a rare combination for modern warriors. This is X Troop—the real “Inglorious Basterds.”

After the men are selected or volunteer for this new hazardous duty, they are brought to London and interviewed by MI5. They are told that they will be taking the fight directly to the Nazis, and that the work will be extremely dangerous. They understand the risks but feel they have nothing more to lose. Hitler has to be stopped at all costs, so every man volunteers. As one of the commandoes, Peter Terry, later said, “We were all looking forward to the killing.”

Thus begins the remarkable story of No. 10 (Inter-Allied) Commando, 3 Troop—better known as X Troop. The name was bestowed by Churchill himself, who noted, “Because they will be unknown warriors… they must perforce be considered an unknown quantity. Since the algebraic symbol for the unknown is X, let us call them X Troop.”

The men of X Troop carried out some of the most daring missions of the war, landing on D-Day and fighting all the way into the heart of Germany. They were all on a personal mission to to overthrow the Nazis who had killed their families and wrecked Europe. Frequently wounded, they often simply walked out of field hospitals, returning to their units to continue the struggle. Even when the war was over, the X Troopers would be crucial in hunting down and convicting Nazis for war crimes.

In order to operate behind enemy lines, all the X Troopers had to undergo an extraordinary transformation that in part explains why their story has gone largely untold until now: they had to shed their previous lives as Jewish refugees and pretend that they were British through and through. This was necessary because as Jews they would be killed instantly if captured. Once accepted into X Troop, each man was given a few minutes to pick a new, British-sounding name. Next, they had to destroy any connection to their old selves—burn every letter from home; throw out anything with their name on it—and create a cover story of their British origins. For those killed in battle, this change would often remain permanent: since these Jewish refugees now had fake British names with dog tags that specified the Church of England, many would be buried beneath crosses. Once they had their new names and identities, the X Troopers had to undergo a brutal training in Wales and Scotland. Days and nights hiking over mountains in the highlands with full packs and weapons; live ammo training; cliff scaling; demolition work; parachuting. These men, who until recently had been despised, stateless refugees, emerged as hardened commandos—and they would go on to play a crucial role in the Nazis’ defeat.

Before the war, George Lane (birthname Lanyi Gyorgi), nicknamed the “Hungarian Hunk,” had been an alternate for the Hungarian Olympic water polo team. As an X Trooper, he was sent on a top-secret mission into France in the weeks before D-Day where he gathered intelligence that enabled the Allied leadership to go ahead with the landings as planned. Captured on a subsequent mission, he was interrogated by none other than Field Marshal Rommel himself, who never suspected that this British soldier was in fact a Jew from Budapest.

One of Lane’s fellow X Troopers was Ian Harris (Hans Ludwig Hajos), a German Jewish exile who once singlehandedly captured an entire German regiment with nothing but a Tommy gun. He relished fighting the Nazis and received the British Army’s Military Medal for killing scores of fanatical Hitler Youth SS during the Rhine crossing.

Peter Masters (Peter Arany) was an artistic boy from Vienna who was selected to land at D-Day as part of the ‘Bicycle Troop’. After being used to successfully draw out a German machine gun nest, Masters was one of the first Allied soldiers to make it to Pegasus Bridge, a key objective in the early Normandy campaign.

But perhaps one of the most remarkable of all is the story of Manfred Gans, an orthodox Jew from Borken, Germany who transformed into a near superman under the nom de guerre Fred Gray. Gans was at the forefront of the D-Day landings, killing and capturing and interrogating countless Nazis, and seizing crucial German beach defensives. Gans had many brushes with death in Normandy and escaped them all. He fought in Germany, Belgium, and Holland. In the waning days of the war, he commandeered a jeep and drove through the apocalyptic hellscape of Nazi Germany to Theresienstadt concentration camp, where he rescued his own parents.

These are just some of the remarkable stories of the secret commandos of X Troop. Many more will never be known, because of the eighty-seven men that passed through their ranks, more than half would be killed or wounded or disappear without a trace. Yet even the troopers whose incredible exploits we do know about have not yet gotten their due.

After the war, most of the surviving X Troopers kept their noms de guerre; many did not tell their children about their Jewish roots, or divulge that they had lost their families in the Holocaust. The reasons for this silence were varied, and highlight the conflicted status of many of the X Troopers: they took up arms for England but were not naturalized until years after the war; they came from mostly secular backgrounds and many had one non-Jewish parent; some of their parents converted their children to Christianity to try and keep them safe during the rise of Nazism.

But there is another, equally tragic reason that many of the veterans of X Troop were reluctant to be public about their identities. Many commandos grappled with profound insecurities about whether they could be both British and Jewish. They felt pressure to be more British than the British, and surely also were motivated by a fear of lingering antisemitism in British society.

I have spent the last few years diving deep into archives from all around the world, declassifying top secret files, and interviewing still living X Troop veterans and their families for my latest book, X Troop: The Secret Jewish Commandos of World War II. In my conversations, it has become clear that the wounds around identity are still raw for many. One of the commandos I interviewed, ninety-six at the time, insisted that I only refer to him in the book under a pseudonym since he had never told anyone that he was German or that his parents had ”disappeared without a trace” after they had sent him to safety in England. Some relatives of those commandos killed in war still insist that they remain buried under crosses.

As beneficiaries of these soldiers’ sacrifices, we must honor their wishes and those of their families about how we commemorate their service. But as citizens of the troubled 21st century, when hatred is again rising around the world, we cannot ignore the story behind the story. It has never been more important that the incredible, optimistic tale of Jewish commandos fighting successfully against evil be told—and that these secret heroes of World War II finally get their due. 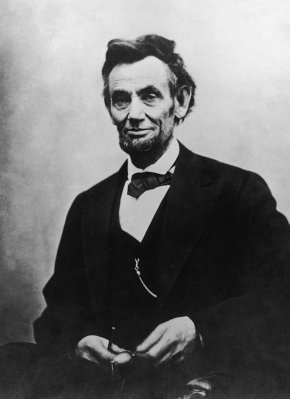 The Letter in Which Lincoln Debated the Morality of Slavery
Next Up: Editor's Pick