As U.S. President Joe Biden and his Russian counterpart Vladimir Putin met for their first, much anticipated summit in Geneva, Switzerland Wednesday, Russian state media put aside the many issues between the two leaders to talk about the real power dynamics on display: the leaders’ choice of ties.

Speaking to RIA Novosti, a Russian state-owned news agency which is largely obsequious to Putin, two business etiquette experts gave their take on what Biden’s light blue tie and Putin’s burgundy, geometric-patterned tie could say about their personalities. And while the consultants found that the Russian president’s neckwear signified his essential “decisiveness,” they said Biden’s looked like something a child might wear.

Business etiquette consultant Tatyana Nikolaeva, said that Putin’s tie “reflects his desire to protect the interests of the Fatherland by any means possible and to the very last of his strength”. She added that the tie’s “red tint” reflects his “decisiveness” and “determination to defend his negotiating position dynamically.” Burgundy accessories, when combined with a non-burgundy outfit, demonstrates the “creativity” and “originality” of the person, the expert said.

Biden’s light blue tie however appears to come from a children’s collection, Nikoleava said, suggesting “some sort of infantilism.” The person was not feeling very confident when they picked out this tie, she added. “It is not for nothing that our people say: an old man is twice a child.” But the light shade may also indicate a desire win over a partner, since light colours are “less frightening,” she said. The consultant added that it is as difficult to scare the Russian president as it is to win him over.

Albina Khoglova, President of the National Association of Experts on Business Ethics, Etiquette and Protocol, told RIA Novosti that Putin’s choice of color symbolizes the importance of the occasion, noting that burgundy ties are traditionally worn at high-level meetings in Russia.

Speaking about Biden’s tie, she noted that it’s worth keeping in mind that the U.S. and U.K. are not aware of this tradition. So, Biden’s blue tie should not be taken as a sign that the meeting is “unimportant. 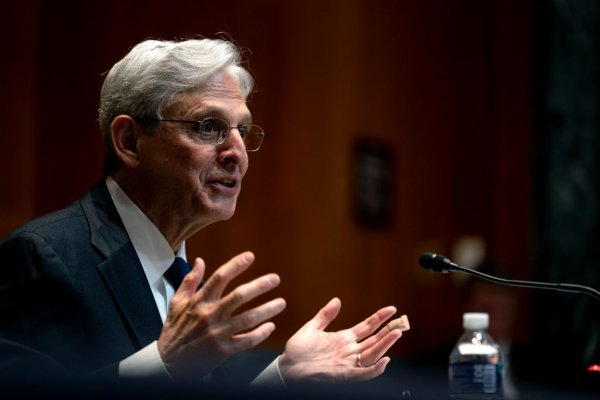 Why Biden's Justice Department Is Backing Trump-Era Positions
Next Up: Editor's Pick