Elyse Fox is on a mission. The founder of Sad Girls Club, a non-profit organization working to support and destigmatize mental health care for women of color, Fox is working to combat the mental health crisis plaguing Black Americans—one Instagram post at a time.

With an artfully curated aesthetic and over 250,000 followers, Sad Girls Club has quickly become a popular resource for those seeking to engage with wellness content on Instagram. “I just wanted to create a space where we can see each other, hear each other, and provide resources that are accessible,” Fox told TIME as part of a TIME100 Talks video debuting Friday.

In 2019, suicide was the second leading cause of death for Americans aged 15 to 24 according to the U.S. Centers for Disease Control and Prevention. But certain groups within that category stand out: Black females in grade 9-12, for example were 60% more likely to attempt suicide that year compared to their white counterparts.

“Black women…we’re at the lowest of the totem pole in the world. Like, we experience the most trauma on the day-to-day basis and we have the least amount of individualized mental health care,” Fox says. “And it’s hard to live in a world where you don’t see yourself reflected in the wellness space.”

A 2019 study published in Pediatrics found that suicide attempts for Black youth went up 73% from 1991 to 2017, while suicide attempts decreased for white youth by 7.5%. And suicide deaths for Black American girls aged 13 to 19 increased by 182% from 2001 to 2017, according to a 2019 study published in the Journal of Community Health. While many factors contribute to the high suicide death rates of Black women and girls in the U.S., including socioeconomic status and access to mental health resources, Fox notes that a lack of education on mental health—especially across generations—likely plays a significant role.

In 2016, Fox released a short film, Conversations With Friends (& Acquaintances), in which she chronicled living with depression, exiting an abusive relationship and a suicide attempt that resulted in her being put under an observational hold at the hospital. “That time was very, very lonely and it was the time that I needed support the most,” Fox says. “I feel like a lot of people can relate to this feeling and it’s such an isolating, like daunting, heavy weight that you carry. And I don’t want anyone to have to carry that weight alone.”

After sharing her film online, the New York native began to receive messages from young women and girls seeking advice on how to cope with their mental health. Soon, she launched Sad Girls Club, which features everything from virtual conversations with therapists to self-care infographics.

Before the COVID-19 pandemic, Sad Girls Club held monthly, in-person events such as poetry slams, movie screenings, tea parties and embroidery workshops. “I want to attract a different type of sad girl at every meeting,” Fox says. “You can approach the conversations of therapy in so many different ways where it doesn’t have to be a lecture about depression and what your mind is going through. We can heal through art, we can heal through expression.”

“This is why Sad Girls Club was created—because I want to uplift my community. We all don’t have great days,” she says, “but I want to make sure that when you do have bad days, if you do have questions about your mental health, you have a tribe of people that understand you and that you see yourself reflected in.”

During the pandemic, moderate or serious mental distress among American adults tripled last year, according to a study from researchers at San Diego State University and Florida State University. In an effort to help, Sad Girls Club launched “soul sessions,” virtual group therapy sessions led by therapists of color. That’s no small thing, given the majority of therapists in the U.S. are white; for example in, 87% of mental health counselors are white, while 14% are Hispanic, 9% Black, and 2% Asian according to a 2020 report from the U.S. Bureau of Labor. For context, Black Americans make up 13.4% of the country’s population.

“When you walk into a room and see someone who looks like you, or who may have the same background as you, you kind of feel a relief,” Fox says. “Our girls are like, ‘oh my gosh, I saw a woman with the curly afro and she looked just like me and I felt like, you know, I felt seen, I felt like I was talking to my auntie.’” 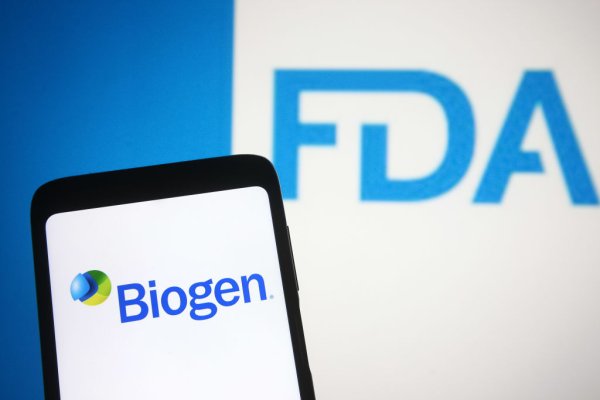 FDA Approval of First Alzheimer’s Drug Mired in Controversy
Next Up: Editor's Pick