Ethel Rosenberg, with her husband Julius, after being convicted of espionage
Getty Images
By Anne Sebba

On June 19, 1953, Ethel Rosenberg was electrocuted, having been found guilty of conspiracy to commit espionage on behalf of the Soviet Union.

In the scant three years between her arrest and her execution, this impoverished housewife moved from obscurity to internationally known figure of controversy. To the right, she was a commie spy who deserved her fate; to the left, a wronged wife who epitomized the collateral damage wrought by McCarthyite hysteria. And more or less in the middle, she became an icon of flawed justice, her fate bizarrely uniting the Pope, Einstein and Jean-Paul Sartre in condemnation of her impending killing, which would leave two children orphaned.

The case has been fictionalized and debated constantly in the intervening seven decades, but today’s world offers a new way to tell Ethel’s story. Most of the protagonists have now died but not the two boys, now men, for whom Ethel wanted desperately to be a mother, nor the social worker who helped her, before she was arrested, in her then primary goal of becoming a better mother. Most importantly, her brother David, whose perjured testimony was the only evidence against her, died in 2015, which enabled the release of his Grand Jury testimony—the long-hidden statements he made before he was coached by prosecuting attorney Roy Cohn. It is not my concern here either to draw attention to the miscarriages of justice in the case nor to justify Julius’ activities as a spy-ring recruiter, now accepted as fact. However, I fervently believe 2021 is a potent time to look again at Ethel as a woman in her own right, not just one half of the Rosenbergs.

In the last few years we have understood with fresh eyes why it’s important to reassess attitudes toward women when they face off against male power. It may seem lazy to reframe Ethel’s story as fitting neatly into the #MeToo narrative, even though attitudes towards sex and (usually) male power have radically shifted since 1950. She was not, after all, a victim of sexual harassment or assault. But we now better understand the gender dynamics of the courage required to speak truth to power. Although everyone with any authority in the courtroom and judicial system was male she did not give way.

Ethel has hitherto always been seen as either victim (to the extent that, if she knew what Julius had done yet refused to insist on the difference of her own innocence, she was a victim of both her husband and the U.S. government), or martyr, as if she were willingly seeking death to prove her dramatic talents as the actress she had once hoped to be. And Judge Irving Kaufman accused her of being fully involved in the business of espionage. “She was a mature woman—almost three years older than her husband and almost seven years older than her younger brother,” he said. “She was a full-fledged partner in this crime.”

From the moment of their arrest in 1950 Ethel and Julius had become inseparable as “The Rosenbergs.” President Eisenhower jointly condemned them: “By their act these two individuals have in fact betrayed the cause of freedom.”

But the Ethel I have discovered, through careful reading of the sources and from discussions with those who knew her, eludes labeling. There may not be a single word to describe her. Ethel was a complex if flawed human being facing an unimaginable kind of torture and, to me, she emerges as a heroine in one sense: her refusal to be used as a weapon in the government fight against communism.

When some in the clemency campaign urged that she, but not Julius, should be saved out of a humanitarian consideration for her as a woman and as a mother, she raged at those “who are actually proposing to erect a terrifying sepulchre in which I shall live without living and die without dying.” She did not want to be spared simply out of pity for being a wife, nor could she accept that she was the mastermind. Both stereotypes of her as either a dutiful or domineering wife failed to see how she had struggled all her life to forge her own identity as a wife and mother but above all as herself, Ethel.

When government officials came to her for a deal, after she had already spent 26 months on death row, she was equally furious. “By asking us to repudiate the truth of our innocence, the Government admits its own doubts concerning our guilt… Our respect for truth, conscience and human dignity is not for sale. Justice is not some bauble to be sold to the highest bidder.”

Now, through a 2021 lens, we can finally see Ethel, neither folded into her husband’s crimes nor meekly approaching her death as a woman without agency—but as a mother who bravely chose to die rather than betray anyone, and in so doing bequeathed her sons a legacy of which they could be proud. 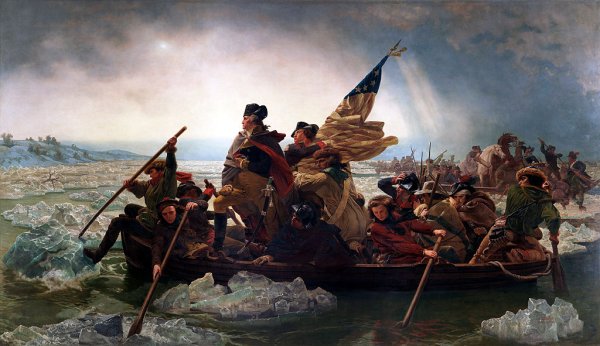