Lilibet ‘Lili’ Diana Mountbatten-Windsor, the new daughter of Meghan, Duchess of Sussex and Prince Harry, was born on Friday, June 4, weighing in at a healthy 7 lbs., 11 oz and, according to a statement issued by the parents, “both mother and child are healthy and well, and settling in at home.”

So all good for the second child of two people who are arguably the most glamorous couple in the world, right? Well, maybe not. There’s that whole second child thing to deal with, and whether you’re glam or not, royal or not, rich or poor, boy or girl, globally famous or entirely anonymous, that can present particular challenges. As I wrote in both my book The Sibling Effect and in a 2007 TIME magazine cover story, the dice of life are loaded in favor of first borns in ways they simply aren’t for any siblings who come along later.

First-borns are over represented at Ivy League colleges, in the halls of Congress, in CEO suites, even in the early astronaut corps. They tend to earn more than later borns, enjoy better health throughout their lives—likely as a result of parents finding health care dollars being stretched tighter and tighter as more children come along—and even have a three-point IQ advantage over second borns, according to one study out of Norway (that brain-power edge is thought to come from first borns becoming better masters of skills as they mentor younger siblings).

First borns also tend to be more conservative and family oriented than later-borns. And why not? They’re born into a system in which they’re the sole princeling or princess—more or less literally, in the case of the U.K. royal family, but mostly metaphorically for the rest of us. But still, they inherit the sweet deal as the prime child, and consciously or not, devote their lives to maintaining that privileged post.

Second and later borns are much more invested in upending the system. Research has shown that they are likelier to be risk-takers—skydivers and bungee jumpers as opposed to skiers and polo players. Even when siblings play the same sport, younger ones are likelier to take the higher-risk positions—baseball catchers instead of outfielders, football tackles instead of kickers. Younger siblings are disproportionately represented among artists, too, and are likelier to be gamble-it-all entrepreneurs as opposed to following more traditional, climb-the-trellis routes to the C-suites of an existing organization.

Sibling combat plays another big part of the big-sib, little-sib dynamic. Here too, royals or not, Archie and Lilibet could be due for some rough times together. One study out of the University of Illinois I cited in The Sibling Effect found that during a 45-minute play session, the average pair of children in the three- to seven-year-old age group engage in more than 2.5 conflicts. That’s 3.5 every hour, or one every 17 minutes. A related Canadian study focused on siblings from two to four years old, finding that hostilities among that age group break out an astonishing 6.3 times per hour—one fight every 9.5 minutes.

The advantage in this playroom warfare ought to go to the older—and typically physically bigger—sibling, but that’s not always the case. Younger siblings, research shows, deploy what are known as “low-power strategies,” developing a better ability to read other people’s visual and tonal cues and intuit what they’re thinking—the better to duck a punch before it comes their way. They also tend to be funnier, which matters a lot. As I observed in my book, it’s awfully hard to resist the charms of someone who can make you laugh, and families abound with stories of last-borns who are the clowns of the brood. Birth-order scholars observe that some of history’s great satirists—Voltaire, Jonathan Swift, Mark Twain—were among the youngest members of large families, a pattern that continues today. Stephen Colbert, who yields to no one in his ability to get a laugh, often points out that he’s the last of 11 children.

What Lilibet has to watch out for are some of younger children’s less adaptive traits. History is rife with little siblings of world leaders getting themselves into all kinds of scrapes—take, for instance, the serial scandals of Roger Clinton, Donald Nixon and Billy Carter, little brothers of U.S. presidents Bill, Richard and Jimmy, respectively. Prince Harry himself, little brother to heir to the throne Prince William, had his own series of embarrassments—boozing, pot-smoking, wearing a Nazi uniform at a costume party, and wearing nothing at all in a notorious picture snapped while he was playing pool with friends in a Las Vegas hotel room.

None of this means that baby Lili and toddler Archie are doomed to face all of these challenges. Meghan’s and Harry’s decision to step back from royal life means the children may be exposed to less glare from the press—especially the toxic kind that contributed to the mixed-race, British-American family’s decision to decamp to the U.S.—as well as from the constant public ceremonies and all of the other force multipliers of psychic stress. But the science of birth order is the science of birth order, and the studies are the studies. So welcome to the world, little Lili. Your advantages will be considerable; your challenges will be common to all little siblings. May you make the most of the first, and may you deftly navigate the second. 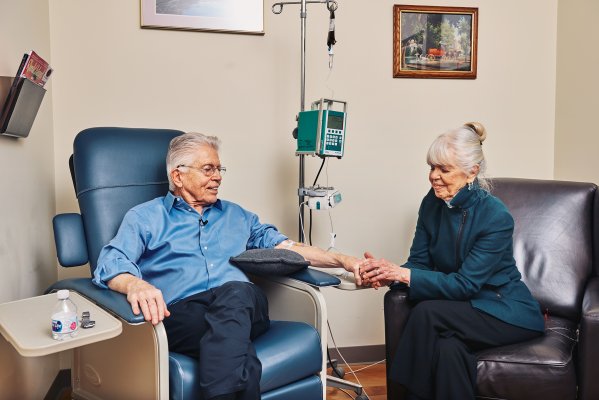 The First Treatment for Alzheimer’s Disease Is Here
Next Up: Editor's Pick