Why Jeff Bezos Should Be Applauded for Going to Space

Give Jeff Bezos this: the guy knows how to make the most out of semi-retirement. On July 5, the richest man in the world will step down as Amazon CEO to focus more of his energy on his two other major properties: The Washington Post and Blue Origin, a rocket company and SpaceX rival. On July 20—just 15 days after he gets his gold watch and, not incidentally, 52 years to the day after Apollo 11 landed the first humans on the moon—Bezos is set to go to space himself, joining five other people aboard Blue Origin’s New Shepard spacecraft on its inaugural crewed flight.

And you know what? Bravo for Bezos.

Is the fight a stunt—an exercise in exhibitionism for a man worth north of $170 billion who builds his own rocket ships and can jolly well climb aboard one if he wants? Maybe. In a year in which the world’s true heroes have been the health care workers fighting on the front lines of the worst pandemic in a century, should we care about a little hop to suborbital space? Maybe not.

Still, space is hard, the physics can be brutal—you try pulling the g-forces astronauts endure—and the machines can and do blow up. But with private companies like SpaceX, Virgin Galactic, Blue Origin and more working to build an entirely new industry in space tourism, and with consumers opening their wallets to buy seats on the rockets, somebody has to go first, and Bezos—give him props—is stepping forward.

“To see the Earth from space, it changes you. It changes your relationship with this planet, with humanity. It’s one Earth,” Bezos said in an Instagram post. “I want to go on this flight because it’s a thing I’ve wanted to do all my life. It’s an adventure. It’s a big deal for me.”

Bezos’ brother Mark, a senior vice president at the New York-based charity Robin Hood, will also be on board, as will four others—one of whom will be chosen via online auction; the bidding currently stands at $2.8 million. The flight they take will be short, thrilling and, depending on your view of these things, scary.

I had a chance to climb inside a mockup of a New Shepard on the Blue Origin factory floor in Kent, Wash. in 2019. Even for the most risk-averse people—and I count myself among them—it’s hard not to want to take it for a spin. The cockpit is a circular pod with half a dozen couches arranged around the periphery, each with a window significantly larger than the little portholes on commercial airliners. The headroom is considerable, with ample space above the couches in which to unbuckle and float during the brief weightless portion of the trip.

The flight that Bezos and, eventually, a whole clientele of Blue Origin customers will take begins with a launch atop the 18 m (59-ft.) New Shepard rocket from the company’s site southeast of El Paso, Texas. Two minutes into the flight, the rocket reaches Mach 3—or three times the speed of sound—and the crew will feel a force of 3 Gs. One minute later, as the New Shepard approaches the 100 km (62 mi) altitude mark—the commonly accepted boundary of space—the crew capsule will separate from the rocket. At that point, weightlessness will begin, and the crew will unbuckle and float freely around the cockpit. At the four-minute mark, the capsule will reach the peak of its parabolic flight and then begin to descend back into the atmosphere. Shortly after—having experienced about three minutes of zero-g—the crew will rebuckle and the capsule will descend by parachute while the booster touches down softly on a landing pad about 3.2 km from the launch site. The capsule lands not far away. The entire mission duration? Just 11 minutes.

Blue Origin has worked hard to eliminate as much risk from the exercise as possible. The New Shepard had its 15th successful test flight in April, and a suborbital mission is about the safest flight profile a spacecraft can fly—a simple up and down lob shot. But there’s still the giant fuel tanks filled with explosive liquid hydrogen and liquid oxygen, the supersonic velocities the rocket reaches and the fact that lob shots—simple as they are—sometimes wind up making holes in the ground.

Bezos is willing to take those chances before he asks the same of the passengers he hopes will be queuing up behind him. Richard Branson, head of Virgin Galactic, has not yet flown on one of his own company’s space vehicles, though he plans to later this year. SpaceX CEO Elon Musk has never flown aboard one of his company’s Crew Dragon spacecraft, and was quite frank about that when I spoke to him back in 2012, saying that his considerable responsibilities on Earth—not least as head of both SpaceX and Tesla—make that a potentially imprudent risk.

Bezos, who will become executive chairman of Amazon’s board after he leaves the CEO job, has considerable responsibilities too, but he’s going anyway. Flying fast is fun. Flying first is brave. The mission planned for July 20 may well be just a billionaire’s indulgence. But if so, it’s being flown by a billionaire showing more than a little integrity. 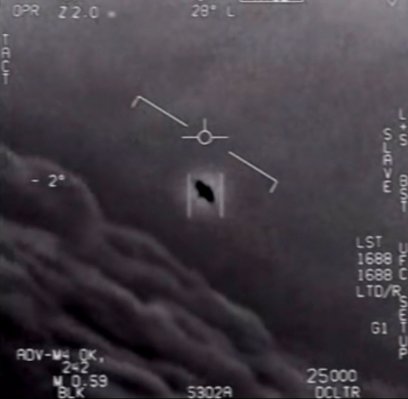