A street covered in mud, debris and the neighbors' belongings that were swept away by Hurricane Iota flooding in San Pedro Sula, Honduras, on Nov. 21, 2020.
Yoseph Amaya—Getty Images
By Alejandro de la Garza

Tuesday was the first day of the Atlantic hurricane season, but across swaths of Central America, thousands of people still haven’t recovered from the last one. Last November, back-to-back hurricanes pummeled millions of people across the region, destroying infrastructure and cropland, and leveling thousands of homes. In regions of Honduras and Nicaragua, many of those displaced by Hurricanes Eta and Iota—Category 4 storms that hit within two weeks of each other in November—are still living in fragile temporary shelters, contending with a spike in COVID-19 cases and associated deaths in a region where less than 1% of the population has been vaccinated against the virus.

And unfinished recovery efforts from the last disaster have made communities there more vulnerable to what may be coming next. For instance, rivers around San Pedro Sula in Honduras flooded their banks during the November hurricanes, and in many cases, water control systems haven’t been restored. That means even a smaller rainfall event could much more easily unleash disastrous flooding again.

Climate change may at least partly account for that trend. Over the past hundred years, the surface temperatures in the North Atlantic Ocean have risen, a phenomenon linked to climate change and humanity’s emissions of greenhouse gases. Warmer waters tend to form storms with higher wind speeds and more rainfall, a trend that is likely to become more pronounced as the climate continues to grow warmer in coming years.

People living in the path of hurricanes and other powerful storms strong enough to merit naming by the meteorological authorities have seen the effects of those climate forces firsthand—and in some cases, have also suffered from a lack of local environmental mitigation measures, which could perhaps have lessened the severity of the disaster. In Honduras, for instance, massive deforestation has left many areas in the mountainous country more vulnerable to flooding and landslides. Climate refugees may soon be on their way, with observers predicting that the new devastation, unseen since Hurricane Mitch struck Honduras and Nicaragua more than 20 years ago, may bring tides of migrants to wealthier countries like the United States.

Adaptation strategies may be able to lessen some of the blows. Early warning systems in Nicaragua, for instance, enabled local authorities to begin evacuating vulnerable areas days before last November’s hurricanes made landfall, and the country reported just a fraction of the fatalities that resulted from a previous major hurricane about a decade earlier. Experts have suggested that homes be moved away from hillsides that could collapse in rainstorms, and that local populations should be relocated away from low-lying coastal areas. Also proposed would be to switch crops in flood-prone areas to more resistant species. Rice, for example, could survive flooding, while native maize cannot.

But those initiatives haven’t always been at the top of the agenda in regions beset by debt and widespread poverty. In the meantime, relief organizations are already planning for this new world of climate-worsened disasters. The International Red Cross, for instance, said in its 2021 global plan that climate change has prompted an “urgent” need to scale up humanitarian work to meet “unprecedented needs,” with the organization attempting to triple the size of its emergency disaster-relief fund in the next four years. At Project HOPE, relief organizers say that a warming climate is having a substantial effect on their work, with the organization expanding its emergency response teams and recruiting more volunteers in order to deploy to multiple disasters at a time. “Both the scale and the frequency of the disasters that we’re responding to are like nothing we’ve seen in our past,” says Project HOPE Americas Regional Director Andrea Dunne-Sosa. “It’s not only anticipated. It’s been happening.” 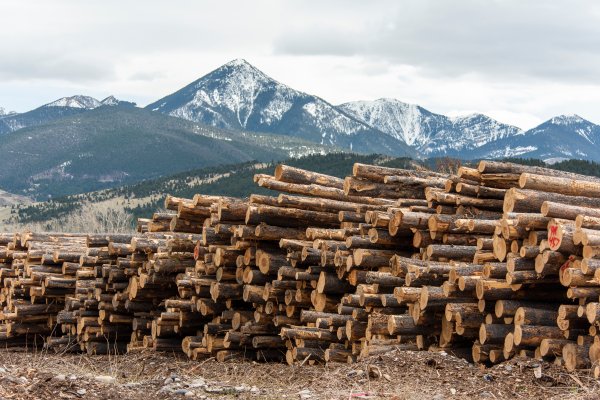 Is It Time to Ditch Wood-Framed Houses?
Next Up: Editor's Pick