5 Ways to Keep Your Brain Sharp As You Age

Important parts of the brain tend to atrophy as we get older—yet brain scans of some 70-year-olds resemble those of 20 to 30-year-olds. Emerging research points to habits that may keep the mind sharp during the aging process. “Despite the stereotypes, cognitive decline is not inevitable as you age, and adopting healthy lifestyle habits can significantly reduce your risks for dementia later on in life,” says Sarah Lenz Lock, AARP’s senior vice president and executive director of the Global Council on Brain Health.

“Social isolation increases dementia risk by 50%” in older adults, says Lock. “The link is unmistakable.” You don’t need to collect a whole crew of companions, however; a few close friends can be enough. Instead of seeking as many friends as possible, focus on building the social circles that satisfy your individual needs, like spending more time with neighbors, volunteering at a community center or adopting a pet.

One common aging problem, hearing loss, can get in the way of socializing. “Socially withdrawing may be easier than dealing with embarrassment over hearing loss and working to correct it,” says Angelina Sutin, a psychology professor at Florida State University. But addressing hearing loss is important for brain health. A 2019 study found that cognitive performance declined for every 10-decibel loss of hearing—and stress from loneliness makes cortisol levels go up, which could harm the brain over time.

If socializing in-person isn’t possible, it may help to connect with others online. In one study published in 2017 in the Journals of Gerontology, after seniors learned to use Facebook, they scored higher on memory tests than older adults who didn’t use Facebook.

Stress is a natural part of life, and manageable stress that challenges you, motivates you and helps you grow actually supports brain health. But relaxation is equally important. Studies by Sara Lazar, a neuroscientist at Harvard Medical School, show that brain regions involved in focus and attention are thicker in people who practice meditation. Music is another great de-stressor, partly because it can be performed and listened to with friends, which could maximize its effect on cognitive longevity.

One way that relaxation aids mental sharpness is that it contributes to a good night’s rest, says Lock. Deep sleep is critical for storing and consolidating memories, studies suggest. It starts to decline during young adulthood and continues to do so as people age, and adults who sleep poorly over the years are more likely to suffer symptoms of Alzheimer’s disease. But simple routines can improve sleep at any age, such as limiting food and drink three hours before bedtime, maintaining the same sleep schedule and not looking at smartphones or other electronics in the bedroom.

As the body gets older, one of the best ways to keep it young is to stay physically active. The same is true for the brain. “If there’s only one thing you can do for brain health,” says Lock, “the evidence for exercise is overwhelming.” Working out increases a protein called brain-derived neurotrophic factor (BDNF), which is vital for growing and keeping neurons. Exercise also helps prevent brain inflammation, among other benefits. Strive for 150 minutes of aerobic workouts and one to two days of strength training each week.

The benefits may increase if you mix exercise with other healthy strategies. Try adding a cognitive challenge—like playing sports or dancing, which combines a cardio workout, music, socializing and remembering the steps. Likewise, yoga may benefit brain health because it combines meditation with movement, says Lazar.

Exercising outdoors in fresh air may provide another bonus. Taking in greenery and natural light assists brain health by reducing stress and increasing melatonin for a more regular sleep-wake cycle.

Eat for your brain

After exercising, choose a brain-healthy recovery meal. In his research, Dr. Nikolaos Scarmeas, associate professor of neurology at Columbia University, found that the more closely adults followed a Mediterranean diet—having fish and plant-based foods such as fruit, vegetables, nuts and olive oil, while limiting red meat—the more their risk for Alzheimer’s disease dropped. The strictest followers cut their risk by 40%.

“Other diets haven’t been explored as extensively,” says Scarmeas. “There’s more evidence for the Mediterranean pattern so far.” Another eating plan that scientists are currently exploring is the MIND diet, a twist on the Mediterranean approach that further prioritizes foods that may be important for brain health, such as berries and green, leafy vegetables. One way that these diets may protect the brain is that they improve cardiovascular health; lowering blood pressure has been linked to a lower risk of Alzheimer’s disease. And Scarmeas noted that eating a Mediterranean diet can change the composition of people’s microbiome, a collection of trillions of bacteria that live in the gut and influence the health of many parts of the body.

Having a goal-driven purpose in life is associated with a 30% reduction in dementia, independent of other aspects of well-being, according to one 2017 study by Sutin, the Florida State University psychologist. “It’s so protective because it leads to meaningful engagement,” she explains. Socializing is one way to keep the mind engaged, but engagement can take many forms—whether that’s writing a novel, caring for someone in need, pursuing a satisfying job into your 80s, getting really into exercise or practicing an enriching hobby. It’s highly individual. “What’s purposeful to one person might be trivial to another,” says Sutin.

Chasing your “life’s purpose” may seem like the privilege of a lucky few. But Sutin’s research suggests that cultivating a sense of purpose contributes to brain health regardless of income, wealth or education. Plenty of activities can increase one’s sense of it. “Do what you love,” Lock says. “Do more of it more deeply.” 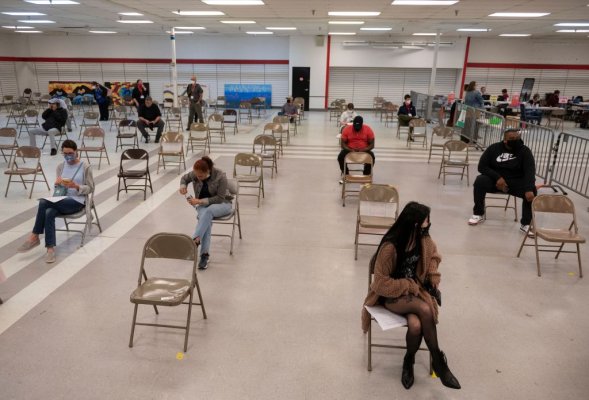