How can couples learn to sleep better together or separately
Getty Images
Ideas
By Wendy Troxel
Troxel is a senior behavioral and social scientist at the RAND Corporation and author of Sharing the Covers; Every Couple's Guide to Better Sleep.

Larry and Elyse never imagined they’d end up being one of those “fuddy-duddy” couples who sleep in separate beds. But Larry’s snore was epic. The sheer volume of his snore is why, when Elyse and Larry finally made the decision to sleep in separate beds, Elyse moved into their spare bedroom in the basement. Even then, she slept with ear plugs.

Choosing to sleep apart wasn’t a decision they came to easily. She and Larry had been married for 15 years before they made the switch. It wasn’t something either of them wanted. They assumed sleeping apart meant dooming themselves to a loveless (and sexless) marriage. It had the opposite effect. After a year of sleeping apart, they both claim to feel closer and more affectionate than they’ve been in years.

More and more couples are making the same decision as Elyse and Larry. And it’s not only the result of wives finally reaching their breaking point with their snoring husbands. There are many other reasons why couples are increasingly choosing to sleep apart, including differences in sleep-wake schedules—she’s a lark, he’s an owl, differences in work schedules, and children, to name a few. By some estimates, one in four American adults choose not to sleep with their partner. As with Elyse and Larry, it’s often a difficult choice and it often comes with a sense of shame.

Culturally, contemporary Western society holds the belief that happy couples sleep in the same bed and unhappy ones don’t. There are a lot of misinformed beliefs and downright myths about the coupled nature of sleep. This is, in part due to the fact that sleep science has only recently begun to recognize that sleep is, for most adults, a shared experience with a partner. Anytime a belief is based on what “they” say or what couples “should” do, it’s probably worth looking under the covers to see what’s really going on. In my new book Sharing the Covers: Every Couple’s Guide to Better Sleep I dive into the far too frequently neglected topic of couples and sleep.

Let’s explore a few of the more common myths here.

Myth 1: Separate beds are a sign of a bad marriage.

This myth is so common, it even comes with a super judge-y name, “sleep divorce,” that perpetuates the idea that sleeping apart means your relationship is on the rocks. While sleeping together offers comfort and connection for some, for others it’s a source of frustration and contempt. Ultimately, the quality of your relationship depends more on how you come to decisions as a couple, and how well you both are sleeping, than your sleeping arrangement itself. Couples, like Elyse and Larry, that make conscious and collaborative decisions about their sleeping arrangements, whether together or apart, are perfectly capable of maintaining intimacy and highly satisfying relationships.

Elyse and millions of other wives who suffer awake next to their snoring husband might be forgiven for assuming their husbands are better sleepers. The data doesn’t hold this one up. Truth is, men and women sleep differently. Women experience insomnia at double the rates that men do. At the same time, when women do sleep, they tend to get more deep sleep and more overall sleep than men. Men, on the other hand, are more likely to have sleep apnea than women. The constant stopping and starting of breathing that comes with sleep apnea delivers a less than restful sleep in the end and can lead to a host of potential health consequences, which is yet another reason to see doctor if you suspect you or your partner might have the condition. Although men more often get the blame, both men and women snore, and both men and women can have sleep apnea, but women are diagnosed at a much lower rate than men.

Myth 3: Sex is good for sleep.

There might be some truth to this myth, as there are key biological changes that occur during orgasm (particularly when achieved with another person) that might enhance sleep, including the release of relaxation-promoting hormones, such as oxytocin. But great sex isn’t going to make it any easier to not hear your partner’s snoring. It’s also not going to make it easier to go to sleep way before your natural biological clock, or circadian rhythm, says it’s time. Sex is good for other things but using it to bring on sleep is questionable at best.

On the flip side, there is strong evidence that prioritizing healthy sleep could benefit your sex life. A University of Michigan study of women found that a 1-hour increase in sleep duration led to a 14 percent increase in sexual activity the next day. And let’s not forget, “I’m too tired for sex” excuse is a leading reason reported to sex therapists for why people have lost interest in sex. Rather than thinking of sex as a sleep-inducer, think of healthy sleep as a powerful aphrodisiac.

Myth 4: Night Owls and Morning Larks should NOT mix.

This one could be true too, but it doesn’t have to be. Studies have shown that couples who have conflicting preferences for sleep and wake times do tend to have more relationship problems. But the data also shows that couples with good problem-solving skills can mitigate any risks these differences might pose. If you’re a night owl and you partner up with a lark, how you sleep together might be a source of conflict if you stay wed to the idea that you must go to bed and wake-up at the same time as each other. For many couples, it’s the time shared together before falling asleep that’s most important for maintaining a healthy relationship. I like to tell couples to “preserve the cuddle,” but if your different sleep schedules are incompatible, it’s ok to go your separate ways when it’s time for lights out.

We’ve all heard the sage advice, “never go to bed angry.” It’s not quite that simple. As one researcher put it, “the correct adage is not ‘don’t go to bed angry,’ but rather, don’t fight before bed.” In reality, many problems faced by couples—finances, children, in-laws, etc., simply cannot be fixed in time for bed. And bedtime is seldom a great time to try, as the sleepier we become, the more our moods, our problem-solving and communication skills suffer—all critical components of healthy conflict resolution. Rather than aiming to solve battles right before bedtime, choose your battles and their timing wisely. Try to table heavy discussions until you both are rested and have your wits (and a good night’s rest) about you.

Myth 6. I can pay back my sleep debt.

A lot of people view sleep as a piggy bank. If you run low, you can just fill it back up when things get better. The idea that you can pay back your sleep debt by staying in bed longer is simply wrong, particularly if you are struggling with insomnia. And often, well-intentioned partners can inadvertently do the wrong thing when it comes to helping their partner cope with insomnia, by encouraging them to “sleep in” or “go to bed early” to catch-up on sleep. This reactive pattern of sleeping and erratic sleep schedule can bring on or worsen one’s insomnia. The most effective treatment for insomnia, cognitive behavioral therapy, involves restricting time in bed to the time you are actually asleep (not extending time to “catch-up” on sleep) and maintaining a consistent bedtime and wake-up time.

The thing about sleep is that we all do it. And that causes a lot of people to assume they’re experts in what one should and shouldn’t do in bed. But remember, the collective wisdom of “they” is often not nearly as wise as you might think. You and your partner deserve to sleep well. When you work collaboratively as couples to find the sleep solutions that help you both get better sleep, it can improve your shared lives together in and out of bed. As I always say – you should sleep like your relationship depends on it. In all likelihood, it does. 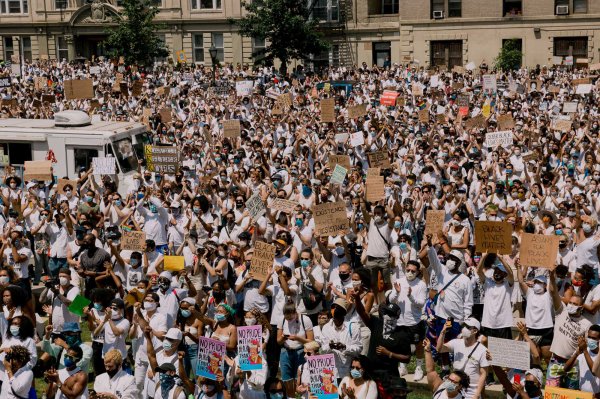