I grew up in the Gaza Strip in a small town called al-Qarara, and went to medical school in Cairo before returning home in 2016 to begin a family-medicine residency and work in hospitals and clinics. Now I’m in my final year.

Even before the latest round of Israeli airstrikes, Gaza’s health care system was exhausted. We already had a shortage of basic medications, lab and blood-bank needs, as well as surgical equipment, which was only exacerbated by the airstrikes. Because Gaza City is so densely populated, COVID-19 has ravaged the population. Israel is not fulfilling its responsibility of vaccinating Palestinians, even though the U.N. says that under international law the Israelis must give us access to shots.

Then the war began. Gazans lived under continuous bombardment by Israeli airstrikes for 11 days. It was unsafe to leave your home, but even home didn’t feel safe. Some of my nephews would scream when they heard a bomb land. One of them—7-year-old Tariq—would put his hands on his head and laugh hysterically. I know he was trying to hide his fears. His mother tried to calm him down and hug him. But the kids know. They know about Palestine, about Israeli occupation. We just tried to tell them it will end soon. With each bomb that fell, we would try to be stronger in front of them.

It was too dangerous for many doctors, including myself, and even patients to go to clinics and hospitals. It was extremely difficult to get medical aid across the Egyptian border, and it still is. Many patients with chronic illnesses like hypertension and diabetes were running out of their medications and would be risking their lives just by trying to get medication from clinics outside. We had to stop our telemedicine program because the Israeli airstrikes damaged the building where we operated. Damaged roads between hospitals made it harder to coordinate medical care. I felt paralyzed because I could not offer my patients the care that they deserved.

Israeli airstrikes killed Dr. Ayman Abu al-Ouf, one of Gaza’s most senior doctors, who was known for his compassion. I can assure you that Dr. Abu al-Ouf was not a militant. He didn’t have time to be. He was too busy with his patients and his students, until an airstrike destroyed his house in Gaza City, killing him along with multiple family members. We cannot just replace Dr. Abu al-Ouf. His medical experience was unparalleled.

Drapes hang as Palestinians, who were wounded in overnight Israeli air strikes on the Gaza Strip, receives treatment at Al-Shifa Hospital on May 18, 2021.
Fatima Shbair—Getty Images

We have international laws against the murder of civilians. The message Palestinians receive from the international community is that Israel is above these rules. We hear the U.S. say continually that Israel has the right to defend itself. But how, exactly? By killing children in Gaza? By doing ethnic cleansing in East Jerusalem?

When news of the cease-fire came, we were relieved that the nightmare had come to an end. There were a few hours of celebration. I wish I could have taken a few weeks off to relax and process these traumatic events, but I wasn’t able to. I knew many patients would need my help. I spoke with them and just gave them space to explain how they felt during the airstrikes so we could unpack the anxiety, depression and grief. I tried to reframe the story to be lighter, not heavier.

I’m sure that for my patients with mental-health problems, their conditions have worsened since the airstrikes. Even those who previously did not struggle with their mental health surely will now. Depression and PTSD will be inevitable for many. They will need rehabilitation, as will doctors. I don’t think we will be able to deal with the huge number of new psychological conditions. We just don’t have the capacity.

Two days after the cease-fire began, we went to the beach: me, my sister and her children. Despite the fear and pain caused by these events, we still want to go out and have a good time and recover. We know it will not be easy. I think people here are really fighters, just to be able to keep on living. —As told to Sanya Mansoor 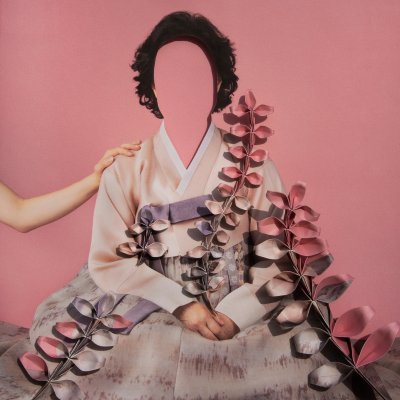 I'm Tired of Trying to Educate White People About Anti-Asian Racism
Next Up: Editor's Pick