How a False Sense of Security, and a Little Secret Tea, Broke Down Taiwan's COVID-19 Defenses

All it took to break down the world’s most vaunted COVID-19 defense was a little secret tea.

After almost 18 months of nearly unblemished success keeping the coronavirus pandemic at bay—including the world’s longest streak of case-free days—Taiwan is now in the grip of its first major COVID-19 surge. Total cases, which had been below 1,300 through the entire pandemic, have surged to more than 3,100 in the span of a week. Many offices have sent workers home, the streets of the capital Taipei have cleared out and the government has begun scrambling to secure vaccines to improve one of the worst inoculation rates in the developed world.

The outbreak likely began after spilling over from cargo plane crews. However, the bulk of the surge has been traced back to two sources: a local Lions Club International gathering, and tea houses in the red-light district of Taipei’s Wanhua neighborhood. The two clusters were at first thought to be unrelated—until a former president of the Lions Club revealed that he had visited one of the tea houses.

The movements of the civic leader in his 60s, nicknamed by Chinese-language media “The Lion King,” show he had at least 115 contacts while potentially infectious—and reveal just how vulnerable the island of 23 million was to a major outbreak.

“Last year, we started to kind of go out, but deal with it in a careful way,” says Freddy Lim, a rockstar turned lawmaker who represents Wanhua in Taiwan’s legislature. “But this year, I think we forgot the part about being careful.”

Taiwan’s outbreak is now proving to be a test of whether a society relatively untouched by COVID-19 can effectively put to use the lessons the rest of the world learned the hard way.

An empty square in Taipei on May 17. After becoming one of the biggest containment success stories of the pandemic, Taiwan is racing to control a growing outbreak.
Billy H.C. Kwok—Bloomberg/Getty Images

Taiwan’s fight against COVID-19 began on Dec. 31, 2019—the day the first reports emerged of a mysterious viral pneumonia in Wuhan, China. By Jan. 2, 2020, health officials began screening arrivals from mainland China. Authorities set up temperature checks and stronger border controls in the following weeks—before the World Health Organization had even confirmed that the virus was spread by human-to-human transmission.

The self-ruled island, which is claimed by Beijing, implemented strict infection control measures at hospitals and was among the first places to close its borders to nearly all non-residents and order strict quarantines for anyone who did arrive. Masks were distributed to the population and made mandatory in places like mass transit by March. Meanwhile, police closely monitored travelers to ensure they adhered strictly to quarantines and contact tracers pried deeply into infected people’s movements to ensure close contacts were found and isolated.

READ MORE: Taiwan Says It Tried to Warn the World About Coronavirus. Here’s What It Really Knew and When

All of this meant that by mid-April 2020 Taiwan had only about 400 confirmed cases. At the same time, the U.S. was reporting more than 30,000 infections per day.

The success was 17 years in the making, dating back to the 2003 SARS outbreak, which also originated in mainland China and killed dozens on the island, says Dr. Chen Chien-Jen, who served as Taiwan’s Vice President until last May.

Chen, an epidemiologist and former health minister, helped to design and lead Taiwan’s COVID-19 control measures. So why did those protocols fail after holding out successfully through the worst of the pandemic?

“Life will find its way out, as said in Jurassic Park,” Chen tells TIME. “The virus will always try to replicate, to mutate, and it becomes more and more infectious.”

The majority of recent COVID-19 cases reported in Taiwan are the virus variant first found in the U.K., which scientists believe is more easily transmitted. Complicating this is the fact that many patients have only minor symptoms or none at all and don’t know they’re spreading COVID-19 until it’s too late.

This appears to be what happened in the “Lion King” case. Dozens of people connected to the Lions Club cluster were infected by one or more carriers who believed it was safe to socialize.

But, lax adherence to the island’s safety protocols also played a role. Taiwan’s current community outbreak began in April with cargo plane crews at the Novotel at Taipei’s Taoyuan International Airport. The hotel violated COVID-19 rules by housing quarantined flight crews and non-quarantine guests in the same building. In mid-April, Taiwan also lowered quarantine requirements for non-vaccinated flight crews from five days to just three. At least 29 cases are linked to the Novotel cluster, including hotel staff. Officials say cases in the Novotel cluster, the Lions Club cluster, and the cluster of cases in Wanhua’s red light district were all infected with the same strain of the coronavirus—suggesting they have a common source.

Chen, now a distinguished professor at the Academia Sinica in Taipei, also concedes that he and others behind Taiwan’s COVID-19 surveillance program never envisioned how the shadowy world of Taiwan’s hostess tea shops would be uniquely vulnerable to spreading COVID-19 like wildfire.

Many of the Wanhua tea shops are relatively innocent: clients are mostly older men who have tea with middle-age hostesses who keep them company and make conversation. However, some reportedly operate as fronts for brothels and employ migrant women who are in Taiwan illegally.

It’s not hard to see how COVID-19 would ricochet easily through such an environment. The shops are often poorly ventilated and dimly lit. It’s also common for patrons to “bar-hop” from shop to shop and mingle with multiple hostesses and other patrons. “There is no way that you can wear masks in the tea houses, no matter if it is with sex workers or a just normal tea houses because you are eating food, you are drinking tea and you are singing, and so on,” says Lim, the legislator for the area.

Combine that with customers who aren’t eager to tell contact tracers—or their own families—that they visited such an infamous area, along with marginalized workers who may be hesitant to come forward, and the red-light district in Wanhua has become the catalyst for more than 1,000 of the infections reported across Taiwan.

Medical workers wait to receive the AstraZeneca COVID-19 vaccine at a hospital in New Taipei on May 20. Hundreds of frontline workers received the vaccine amid the rising number of cases in Taiwan.
Ritchie B. Tongo—EPA-EFE/Shutterstock

The other major reason that COVID-19 has spiked so quickly in Taiwan is that the virus found virgin immune territory. Very few people have been exposed and thus very few have antibodies. Taiwan’s vaccination rollout has also been almost non-existent.

The island received just 300,000 doses of the AstraZeneca vaccine before the outbreak and had been hard-pressed to administer even those, with less than 2% of the population immunized. That’s a number that stands out even in Asia, which has lagged much of the rest of the world in vaccine rollouts.

The problem has been both supply and demand. The lack of virus on the island has meant most Taiwanese people see no urgency in getting vaccinated. Incidence of side-effects, including the very rare occurrence of blood clots for the AstraZeneca vaccine, have been heavily reported by local media. A YouGov survey in early May found that just 40% of Taiwanese people said they were willing to be vaccinated—second-lowest among 21 places polled around the world. Since the outbreak, demand for vaccines has increased dramatically.

Taiwan also waited until after COVID-19 vaccines were authorized by other regulators to begin striking deals to buy them, says Chen. By then, most of the first batches were long snapped up by other governments—many of which had helped fund their development. So while Taiwan has secured some 20 million doses of vaccine from various sources, it is farther back in the line than most developed economies.

The government in Beijing, which views Taiwan as a breakaway province that must be reunited with the rest of China, has offered to provide vaccine doses, though Taiwanese officials accused the mainland of trying to sow confusion and discord with the offer. The U.S. has pledged to help once it releases its stockpile of millions of AstraZeneca doses. On Wednesday, 400,000 doses arrived from COVAX, the international vaccine distribution scheme.

Taiwan’s two domestically developed vaccines may be more likely to fill the gap. The government has promised to begin rolling them out in July following the completion of Phase 2 safety trials, which have been carried out on 4,000 test subjects for each vaccine. Chen says that unpublished studies of the two vaccines show they provoke similar antibody levels to other vaccines that are already proven effective in fighting COVID-19. The government plans to authorize the vaccines before completing Phase 3 efficacy trials.

Shoppers check largely empty shelves of meat as they rush to buy grocery essentials inside a supermarket in Taipei on May 17.
Ritchie B. Tongo—EPA-EFE/Shutterstock

Learning from the world’s mistakes

The government has responded swiftly to the surge in cases: It has opened testing centers in hotspots, restricted the size of gatherings, began enforcing mask mandates with hefty fines, shut down schools and urged residents to stay home.

But Taiwan’s most effective weapon in fighting COVID-19 may be its people. Whereas most new surges around the world are met with increasing amounts of pandemic fatigue and lower levels of compliance with social distancing rules, most Taiwanese people have been—if anything—even more cautious than the government.

As cases began to spike, people rushed supermarkets, clearing shelves of food and, yes, toilet paper. The usually teeming streets of Taipei are all but empty as most people choose to stay home. Many restaurants voluntarily closed or banned indoor dining, and those who kept their dining rooms open are now largely empty.

Beating this COVID-19 wave has become a point of pride. After the government imposed Level 3 pandemic restrictions—one degree below a full lockdown—memes began to circulate on social media that vowed to quash the surge in short order. “Look world, Taiwan will only show you once how to remove a Level 3 alert in two weeks,” reads a popular boast.

Ya-chu Chuang, a 28-year-old freelance stenographer, has been working from home, but could not avoid going into her workplace one day this week. When she arrived, she went through a routine that was new to her, but all-too familiar across the world for the last 18 months. She sprayed down her desk with alcohol and did everything she could to keep herself away from others in the office.

She feels like it’s her duty to do what she can to help reduce the spread of COVID-19 as quickly as possible. “I know that we’re experiencing what happened abroad about a year ago,” she says. “As long as we all do what we can and follow the instructions, we will be able to overcome this crisis.” 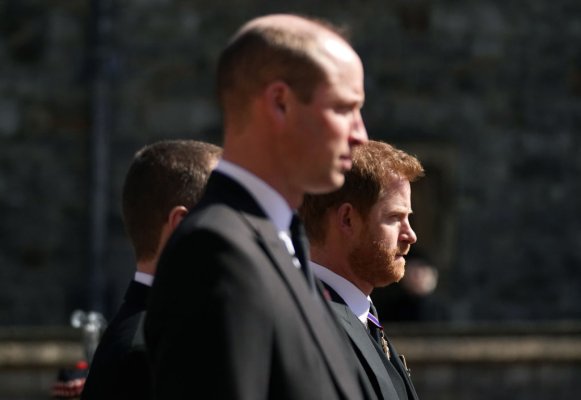 Why the 1995 Princess Diana Interview Is Causing a Firestorm
Next Up: Editor's Pick