Ford Motor Company unveils its new electric F-150 Lightning outside of its headquarters in Dearborn, Michigan on May 19, 2021.
Jeff Kowalsky—AFP/Getty Images
By Alejandro de la Garza

While driving around suburban Houston during Texas’ power crisis in February, which left millions without power for days, Ford energy services lead Ryan O’Gorman was thinking less about that disaster than the next one. Ford at the time was putting the finishing touches on an all-electric version of its best-selling F-150 pickup, with a nifty feature for just such an emergency: in a power outage, the truck would be able to function as a backup battery, powering an owner’s house for days. “I can’t tell you how many F-150s I saw parked in driveways while I was driving around Texas during that week,” says O’Gorman. “[I was] just thinking, ‘wow, this is going to change so many people’s lives.'”

Ford unveiled that electric F-150, named the “Lightning,” at a flashy event on Wednesday. The F-150 Lightning, which has up to 300 miles of range (with an optional extended battery) and can haul up to 10,000 pounds of cargo, is the latest offering in Ford’s $22 billion electric vehicle (EV) push, following the Mustang Mach-E SUV. It’s also a huge deal for the Dearborn, Mich.-based automaker, which is fighting both fellow incumbents (like GM) and highly-valued upstarts (like Tesla and Rivian) for what analysts say will at least at first be a limited electric market—but is likely to be the future of the auto industry. “We just absolutely think there’s going to be a big shake out,” Gary Silberg, accounting firm and consultancy KPMG’s automotive sector leader, recently told TIME of the EV market. “There’s going to be clear winners and losers, and the pecking order of the industry is going to change.”

So far, Ford’s EV strategy has revolved around electrifying well-known brands, like the Mustang and F-150. In some sense, the automaker is playing it safe by spinning familiar models into the electric era. However, radically changing beloved vehicles also risks alienating some potential buyers. That the F-150 has been the best-selling vehicle in the United States for nearly four decades makes it especially dicey to mess with. “Ford has the most to risk by being something different,” says Jessica Caldwell, executive director of insights at automotive comparison site Edmunds. Indeed, Ford executives say their customers aren’t looking for radical change. “They want something distinct, but not a science project,” says Darren Palmer, head of Ford’s electric vehicles program. “They want people to know they have the new tool … but not different for difference’s sake.”

The Lightning’s home-battery-backup system—which pumps electricity stored in the truck’s batteries back into an owner’s house through a charging station—underscores another, less-appreciated element of Ford’s plan: packing its EVs full of unique and enticing features to convert electro-skeptics. It’s the kind of tech that pickup drivers “may not have even realized they wanted,” says O’Gorman. “There’s the old Ford adage that if you ask a customer what they want they’ll say, ‘a faster horse,'” he says, referencing the supposed attitude of the company’s founder, who didn’t think buyers knew what they really needed until it was offered to them. When designing the Lightning, Ford tried to both understand pickup drivers’ current needs and anticipate future ones. The battery backup system is a particularly well-timed feature, given that Texas’ recent power outages—during which some residents used their combustion-engine F-150s to run space heaters and coffee makers—awakened much of the nation to the vulnerability of its electric grid.

The standard battery on the F-150 Lightning has 230 miles of range. The extended version brings that up to 300 miles
Ford

Other automakers are also adding new and perhaps unexpected features to their EVs. Some Tesla vehicles have a “Bioweapon Defense Mode” (essentially an air filter), for instance, and GM’s new electric Hummer has a “crab walk” feature allowing it to use four-wheel steering to move diagonally, like a chess bishop. Still, as cool as it may sound to turn all four of your electric truck’s wheels slanty-ways to cram the vehicle into seemingly impossible parking spots, Ford’s battery backup system might prove more practical—and alluring—for the kinds of people who choose to buy pickup trucks because they value self-reliance and just-in-case features.

No matter how many people are convinced to ditch their cars for public transport, we will still need some vehicles in 2050, and so a transition from gas-thirsty pickups to electric models is going to have to be part of the equation to get to a zero-emissions future. In that sense, the new electric F-150 may be a milestone of sorts—a move away from EVs as niche products and towards a mass market future. Ford’s new Lightning, says Palmer, “has the chance to accelerate that for the whole country. It’s the best-selling vehicle. It’s completely loved. And now it’s going electric.” 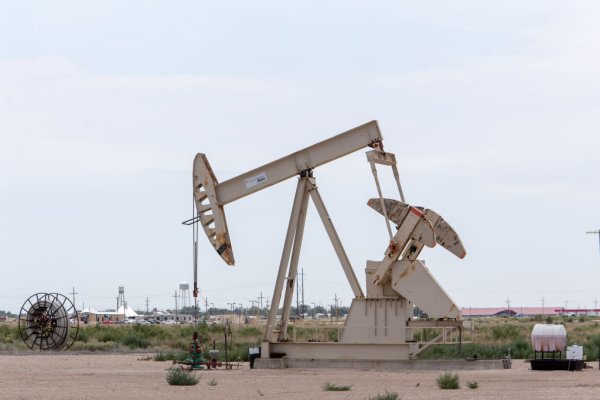 How a New Climate Report Rocked the Energy World
Next Up: Editor's Pick