As conflict between Israel and the Palestinian militant group Hamas continues to claim lives in the Gaza Strip, health experts are calling attention to another potential crisis: a worsening COVID-19 outbreak in the area.

The number of COVID-19 infections in Gaza was “just leveling off, and then this hit,” a United Nations official told the New York Times on May 16. “It is a grim situation.”

On May 3, before the conflict began, Doctors Without Borders warned of an “extraordinary” rise in COVID-19 cases in Gaza, the strip of land between Israel and Egypt that is governed by the militant group Hamas and is home to about 2 million Palestinians. Mostly spared in the early months of the pandemic, the COVID-19 outbreak in Gaza worsened considerably in April, driven by spread of the more transmissible B.1.1.7 variant. Between March and April, new COVID-19 diagnoses in Gaza rose from less than 1,000 each week to more than 1,000 each day, according to Doctors Without Borders.

It’s not clear how many people are being infected each day now. Violence between Israel and Hamas—which has so far killed more than 200 Palestinians and 12 Israelis, according to CBS News—has also all but shut down COVID-19 testing and care in Gaza, making it near-impossible to get an accurate picture of the outbreak..

“The number of positive cases is really underestimated. It doesn’t reflect the reality,” says Ely Sok, who leads Doctors Without Borders’ mission in the Palestinian territories of the West Bank, the Gaza Strip, and East Jerusalem. “We are expecting the number of severe cases requiring hospitalizations will increase.”

Health services in Gaza were already lacking prior to the most recent violence. Even during times of relative peace, medical centers there are often “overstretched” and limited by frequent power outages, the UN says. Limitations on imports and movement across the border also frequently led to supply and medication shortages, and there are often not enough doctors to meet demand.

In recent days, Israeli airstrikes have reportedly destroyed Hala Al Shwa Primary Healthcare Centre, which provided COVID-19 testing and vaccinations to Gaza residents; damaged the road leading to al-Shifa Hospital in Gaza City; and temporarily forced Gaza’s only laboratory for processing COVID-19 tests to close. Dr. Ayman Abu Elouf, who ran COVID-19 response at al-Shifa, was reportedly also killed in a bombing. All COVID-19 vaccinations have been halted in Gaza, according to the UN, and the nearly 60,000 Palestinians displaced by the conflict are in many cases huddling together in makeshift shelters that could become super-spreader sites. “It really harms the whole functioning of the medical system there,” says Hadas Ziv, head of projects and ethics at the nonprofit Physicians for Human Rights, based in Jaffa, Israel. “COVID-19 is somewhat pushed aside because there are wounded and dead. Limited capacity to deal with COVID is now non-existent, almost.”

Now, due to the deadly combination of bombing injuries and COVID-19 cases, hospital beds are running out and doctors are scrambling to keep up. Electricity, water and sanitation systems are also damaged in many areas, further compromising care.

Just across the border, Israelis are living in a different reality. More than 60% of Israel’s population has gotten at least one vaccine dose. COVID-19 cases have dropped low enough for the country to suspend outdoor mask mandates and resume many pre-pandemic activities.

In Gaza, by contrast, only about 2% of people have received a dose. Gaza and the West Bank have received about 60,000 vaccines from the World Health Organization-backed COVAX facility and are still waiting on some 100,000 more, but additional shipments aren’t coming any time soon. Even if they did, Ziv says, there wouldn’t be adequate infrastructure to store and distribute them during the conflict.

“Even if now they get the vaccines, it will be difficult to handle a big operation and keep them refrigerated,” she says. “It’s impossible to both deal with an armed conflict and the virus.”

Security concerns, both for patients and providers, also make it near-impossible to offer all but the most critical care, Sok says. “You can do whatever you want, but if the patient cannot access it because of the shelling, it’s completely useless,” he says. “Only a cease-fire will solve the security issue.” 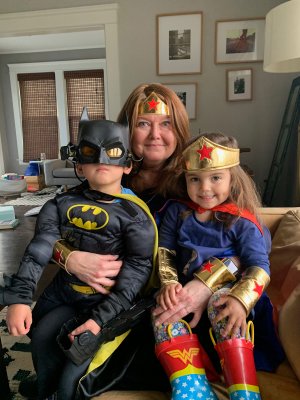 How the Pandemic Changed My Outlook on Life
Next Up: Editor's Pick