Who Gets to Wear a Headscarf? The Complicated History Behind France's Latest Hijab Controversy

Demonstrators wearing hijab protest against the bill on separatism in Paris, on Feb. 14, 2021.
Jacopo Landi—Hans Lucas/Reuters
By Cady Lang

The head of French President Emmanuel Macron’s political party withdrew support late last week for one of the party’s own candidates, Sarah Zemmahi, after she wore a headscarf in a campaign poster.

Stanislas Guerini, one of the co-founders of Macron’s centrist Republic on the Move party (LREM), took to Twitter to critique Zemmahi, an engineer who is running for her local council, for wearing her hijab, a religious head covering worn by some Muslim women, in a promotional image.

“Wearing ostentatious religious symbols on a campaign document is not compatible with the values of LREM,” Guerini wrote, after a prominent far-right politician shared the photo. “Either these candidates change their photo, or LREM will withdraw its support.”

Later, Guerini doubled down on his disapproval, telling RTL radio: “This woman will not be an En Marche candidate.”

While Zemmahi has not yet responded to Guerini’s statements, he received pushback from others in the party. LREM lawmaker Naima Moutchou defended Zemmahi on Twitter, calling Guerini’s criticism “discrimination,” while fellow LREM politician Caroline Janvier called out Guerini’s response in a scathing tweet.

“Undignified. Running after (far-right) votes will only allow their ideas to prevail. Enough is enough,” she wrote.

The conflict over one woman’s choice to cover her head comes in the wake of controversy surrounding an amendment passed by the French Senate last month that would ban girls under 18 from wearing the hijab in public. As part of a proposed “anti-separatism” bill, it was presented alongside amendments that would also prevent mothers from wearing hijabs on their children’s school trips and would ban the “burkini,” a full-body swimsuit.

While some French politicians have defended the amendment as a reinforcement of the country’s adherence to secularism, others have slammed it as yet another instance of part of an ugly strain of Islamophobia in the nation, which is home to the largest Muslim population in Western Europe—a population that has experienced increased discrimination in recent years, in the wake of terrorist attacks by Islamic extremists in recent years and the rise of far-right politics. One 2019 report found that 44.6% of the country considered Muslims a threat to French national identity, while a government survey from the same year listed that 42% of Muslims (other studies put the figure at 58%) reported experiencing discrimination due to their religion, a number that increased to 60% for women who wore a headscarf.

But understanding why the hijab is the site of so much controversy in France also requires understanding the deep history behind the debate.

While the proposed legislation still needs to be approved by the lower house of French Parliament before it can become a law, it’s already drawn significant backlash from many Muslim women around the world, who see the law as not only xenophobic and discriminatory, but an attack on their agency—a sentiment that has grown over the years as French politicians have argued that laws restricting religious symbolism are in service of women’s empowerment and public safety. On social media, the hashtag #HandsOffMyHijab has become a rallying cry to protest the amendment, started by Somali-Norwegian model Rawdah Mohamed, who used the phrase in a now-viral Instagram post to call out the potential ban. It’s since garnered support from the likes of U.S. congresswoman Ilhan Omar and Olympic fencer Ibtihaj Muhammad.

“How can you have a discussion about my identity, and not include me?” Mohamed told TIME. “I don’t think politicians are the ones who are supposed to define what it means to be a Muslim woman.”

Scholars trace France’s focus on Muslim head coverings and the women who wear them back to the country’s imperial past in North Africa and the Middle East—particularly in Algeria.

“Banning the hijab is about colonialism,” Alia Al-Saji, an associate professor of philosophy at McGill University, tells TIME. “French colonization of Muslim countries was often about controlling and managing populations that were of diverse religions… The hijab is a way of clearly showing that you are Muslim, which is colonially constructed as being opposed to colonialism. But it’s also a site of potential resistance.”

French colonization in Algeria began with an invasion in 1830 and was characterized by violent genocide, settler colonialism and a series of shifting laws called the “indigénat,” which, among other things, determined who could be a French citizen. Al-Saji notes that these laws were influential in emphasizing difference for the Muslim majority in Algeria; for example, while Jewish Algerian natives were recognized as French citizens in 1870 with the Cremieux Decree, Muslim Algerian natives were not eligible for French citizenship unless they renounced their religion and culture and adopted a French identity.

Inherent in the colonial attitude is the belief that one’s “civilization”—its language, its values and its practices—is an improvement on the lives of those who are colonized. This belief manifested itself drastically in the attitude toward Algerian Muslim women, who were seen as both oppressed and exotic. Under this mindset, their “liberation” could become the moral justification for imperialism’s violent casualties.

This dynamic is perhaps best illustrated during the Algerian War of Independence, when a series of public unveiling ceremonies were organized in 1958. During these ceremonies, many of which were arranged by the French army, Algerian women removed their haiks (traditional wraps worn by North African women) or had them removed by European women, before throwing them to the ground or burning them. Often, speeches were given afterwards in support of the French and the emancipation of Muslim women.

While these highly-publicized ceremonies were framed as spaces of empowerment for Muslim women, other accounts of this history tell a different story. In his book, Burning the Veil: The Algerian War and the ‘Emancipation’ of Muslim Women, 1954-1962, Neil MacMaster notes that some of the women who took part in these ceremonies were very poor, recruited from high schools or, in some cases, pressured to participate with threats to their safety and that of their families. In one harrowing case, when the army could not find a Muslim woman to lead the ceremony, they enlisted Monique Améziane, a young woman from a wealthy and pro-French family who had not previously worn a veil or heik, to speak—in exchange for sparing the life of her brother, whom they had already arrested and tortured.

The symbolic power of the veil during this time, however, was not only recognized by the French, but also by those fighting for Algerian liberation. In his essay Algeria Unveiled, Frantz Fanon makes the case that the veil can be a tool of anti-colonial resistance and a way of limiting access to oppressors, going so far as to call it a “bone of contention in a grandiose battle.”

During the war, the veil also became a literal tool of resistance. Some female freedom fighters for the National Liberation Front used haiks to conceal weapons and classified information; after this tactic was discovered, they used unveiling to their advantage, adopting European dress as a way to fly under the radar of the French.

How the veil has been reclaimed—and weaponized

Within France, at the intersection of gender, ethnic and religious identities, the Muslim veil or head covering took on new significance in the 20th century. Because of the popularity of orientalist art during this time, the veil already had stereotypes of the foreign and forbidden. But veiling was no longer just a physical marker of religious or cultural difference—it was also seen as an affront to assimilation, a visible symbol of resistance to colonization.

This meaning was intensified by the state’s staunch espousal of a unified French cultural and social identity, in opposition to multiculturalism. This belief can be traced all the way back to the French Revolution, which has also been credited with planting the seeds for laïcité, France’s principle of secularism. Although laïcité originated in a 1905 law about the separation of church and state, it has been used in recent years as the driving force behind the anti-hijab policies.

In 2004, Muslim headscarves were among the array of religious symbols banned from being worn in French public schools. And in 2010, the country prohibited full-face veils like niqabs in public spaces like streets, parks and public transportation, becoming the first European country to enforce a nation-wide ban and even launching a government campaign that proudly stated, “the Republic is lived with an uncovered face.”

This sentiment took on a new irony at the start of the coronavirus pandemic in 2020 when France mandated mask-wearing in public spaces, while still banning Muslim face coverings.

“Muslim women who wear the hijab have always been on the receiving end of Islamophobia for their visible identity,” Nazma Khan, the founder of World Hijab Day, told TIME. “Simply put, the proposed hijab ban is a systematic vilification and discrimination against Muslim women in hijab.”

The Collective against Islamophobia in France, a non-profit that was forced by the French government to dissolve in 2020 in a move that Human Rights Watch called a “threat to basic human rights and liberties,” reported in 2019 that 70% of Islamophobic hate speech and acts in France were directed at women.

To advocates, the intense focus on a physical marker of otherness, along with the rhetoric touting women’s empowerment, can distract from what’s really at stake: what they see as France’s attempt to control citizens, as territorial residents were controlled in the past.

“If it was about giving Muslim women more agency, then in that case, you could let them or let all women wear whatever they wanted,” says Al-Saji. “But It’s actually about controlling what women wear and how they appear and what gets seen and that their bodies are seen, this kind of colonial male desire, that constructs Muslim women as trapped and pawns of their culture and needing to be unveiled.” 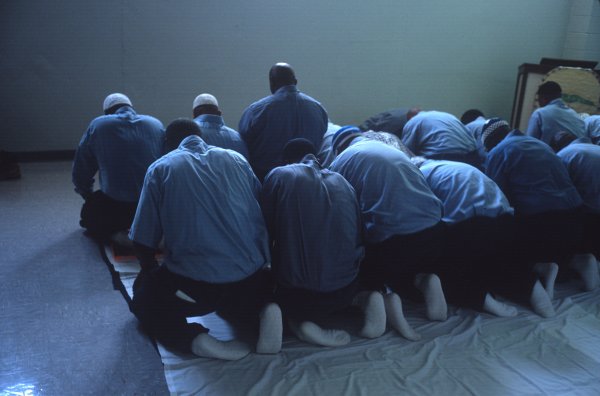