America is divided—but by what? Race, religion, political party, education level: all are sources of significant social disunity these days, as people increasingly have trouble understanding or relating to those outside their identity groups.

But in the real world, these identities overlap, intersect and compete with each other in poorly understood ways. Would a college-educated Republican feel she had more in common with a fellow Republican with a high-school education, or a Democrat with a college degree? Does a Black Christian feel more affinity with a white Christian or a Black atheist?

A group of researchers set out to find the answers to these questions in a new study shared exclusively with TIME. In a survey designed by George Mason University political scientist Justin Gest and conducted by the polling firm Ipsos, participants were presented with a series of pairs of hypothetical Americans. These imaginary people were described by their political affiliation—Republican, Democrat or Independent—as well as their race or ethnicity, religious affiliation, and several other characteristics (not including gender). For each pairing, participants were asked a simple question: With which of these two individuals, Person A or Person B, do you feel like you have more in common? Before we tell you the results, we’ve recreated this poll, in partnership with the researchers who designed the original survey, so that you can see how you would have scored. (This is merely a demonstration, so your answers never leave your device and are not recorded or used in further research.)

In the original study, a representative sample of 3,500 Americans were polled in late October and early November of 2020, a period that spanned Election Day. After first sharing their own demographics and political leanings, participants were each presented with 10 of these types of pairings, which also noted whether the hypothetical individuals lived in urban, suburban or rural areas and whether or not they were born in the U.S.

This method, known as “conjoint analysis,” turned up an interesting conclusion: When it comes to one’s sense of commonality with another person, political preference superseded any other individual traits. Participants were more likely to feel connected to a person of the same political party, even if that person was of a different race or religion, than they were a person of a different party who looked and prayed (or didn’t pray) like them.

In other words, partisanship is now the greatest source of division in America—more divisive than race, religion or education.

Gest, the political scientist who designed the study, cautions that it is only an abstract exercise. In reality, people’s identities and judgments of one another are far more complex and multifaceted. But by isolating these vectors of division and testing their relative power, the study jibes with a large body of research showing Americans’ increasing sense of partisanship and political alienation.

The findings, Gest says, shed light on the bitter tone of our political debates. “Researchers have shown that the conflation of who we are and how we vote undercuts our capacity to empathize with our political opponents, whom we are more likely to view as threats to our way of life,” Gest says. “Perhaps our findings are an inevitable development as some voters and their representatives start to value political power more than democratic institutions and national unity.”

Write to Chris Wilson at chris.wilson@time.com and Molly Ball at molly.ball@time.com. 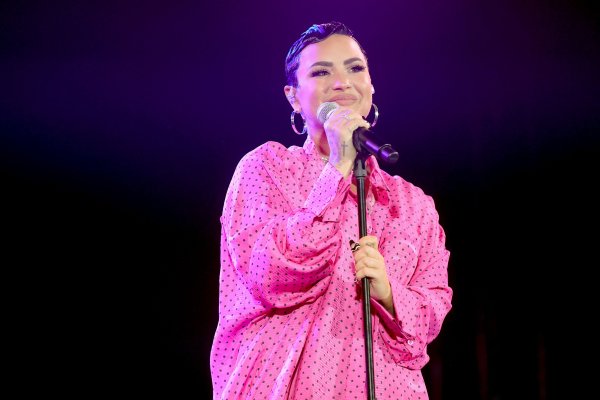 Demi Lovato Announces They Are Nonbinary
Next Up: Editor's Pick