8 Questions with Theoretical Physicist Carlo Rovelli—Including Quantum, Cats and Why We Should Forget About Time

NASA/JPL-Caltech/ESA/Harvard-Smithsonian CfA
Ideas
By Jeffrey Kluger
Jeffrey Kluger is Editor at Large for TIME magazine and the author of ten books, including Apollo 13, Apollo 8 and two novels for young adults. He has written more than 40 cover stories for TIME on topics ranging from space to human behavior to climate to medicine. Along with others at TIME, Kluger is an Emmy nominee for the web series A Year in Space.

The United Kingdom didn’t think much about particles or waves or quantum nonsense when it blew up Helgoland in 1947. It only knew that there were thousands of tons of World War II armaments to dispose of and the little island in the North Sea made a perfect place. The explosion was the largest non-nuclear blast of its time, and it came just 22 years after a much smaller, quieter detonation took place on the same island—when a young German physicist named Werner Heisenberg completed the equations that provided humanity’s first glimpse into the hallucinatory world of quantum physics. Close to a century later, that early revelation is being explained with uncanny insight and lyrical grace by best-selling author and theoretical physicist Carlo Rovelli, in his latest book, aptly named Helgoland. Rovelli explores such head-spinning notions as the reason observing an event determines its outcome, why time doesn’t really exist, and how it feels to devote your life to a science that even Albert Einstein described as “witchery.”

You write that you never would have been a physicist except that when you were registering for college classes, the line at the physics desk was shortest. Is that really the way you picked the discipline that would define your life?

Not entirely. I had a restless youth; I did not even want to go to the university. I wanted to take my backpack and go wandering around the world. But what happened is that I had a little Italian motorbike and I lent it to a friend, and the police stopped him and found some marijuana, some hashish. My lawyer said it was not a good moment to leave the country, so I enrolled in school. I was fascinated by large questions about philosophy, but when I started studying physics I really fell in love with it, and I also discovered, to my surprise, that it was good at it. My friends would ask me, “Can you understand these things and can you explain them?” And I said, “Well, actually, I do understand them.”

That would put you in unique company. You quote no less a physicist than the late Richard Feynman as saying that nobody understands quantum physics and yet you also write that quantum has never been wrong. How can you reconcile those two ideas?

Quantum physics is a fantastic machine that allows us to predict what’s going to happen in physical systems when they interact with something else. But if we take it as a description of what happens when a system is not interacting, it forces us to make implausible statements. A particle opens up and becomes a wave that spreads and goes through two holes at the same time and Schrodinger’s cat is alive and also dead. Quantum theory lets you say, ‘Well I put this ingredient in and that could come out.’ But if you look for an actual description of what goes on in the world, it doesn’t seem to make sense.

Does quantum science have any respect for linear time as we think of it, with a beginning, middle, end?

From Einstein’s relativity we know that our common notion of time is an approximation. It’s not bad, it’s just not good for thinking about galaxies and atoms—it’s only good for thinking about our daily life. There is a quantum strangeness to time so the interval between two events can mean a quantum superposition of two times taking place at once. The best way is to forget about the idea that there is a spatial time at all.

Do you ever find it frustrating to be working in a field that even Albert Einstein described as “an idea of real witchery”?

Let me put it this way: Some people went into science because they were attracted by the idea that they could know something with a high degree of certainty. I was attracted by science for the opposite reason. I’m fascinated by what we don’t know beyond this boundary, this side of the hill. I find that the burning core of science.

You point out that it drives you a little bit crazy the way people misuse the term quantum. If you could sit the world down and explain to them in a few sentences what quantum is, what would you say?

Quantum physics can be summarized by three discoveries. One is that things don’t happen according to exact equations, but only to the probability of them happening. The second is discreteness: for instance, we think of light as a continuous wave, but if we look in detail, it’s actually photons. Quantum is like pointillism—a world made up of little dots. And the third, the controversial one, is that all objects have properties only insofar as they relate to other objects.

One of the most head snapping ideas of quantum mechanics is that we affect the outcome of an experiment by observing it. But why does the universe care if we’re watching or not?

I think that this is the key confusion about quantum. There’s actually nothing special about me as an observer. The quantum system has properties only with respect to some system interacting with it. I happen to be a human being who takes notes of what I see. But it doesn’t matter that I have a subjective experience. I’m just a physical system like anything else.

You have said that you like to smell books before you buy them. How come?

I have an emotional relation with books and I need the paper to be nice. There was a biography of Schrodinger which I disliked, but I didn’t know why. And then I realized that the book had a bad smell. It was used, and it probably belonged to somebody who smoked.

In one of the more charming observations in your book, you say that as a quantum physicist you are really a simple mechanic. What did you mean by that?

I’m not the person who thinks that science is a fundamental explanation of everything. As a scientist, especially one who looks at one side of things, I should not make the mistake of thinking that that’s the overall picture. And so I’m a little mechanic. I think scientists should be humble and not think they’re the masters of today’s knowledge. 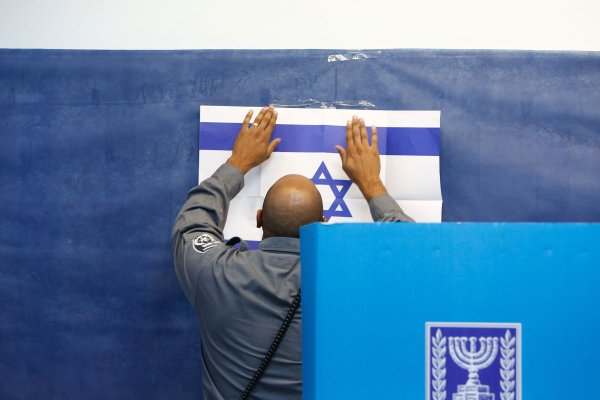 Why I Have Hope for Israel's Future
Next Up: Editor's Pick