Pope Francis addresses the crowd from the window of his apartment at the Vatican on Feb. 9, 2014.
Tiziana Fabi / AFP / Getty Images
By Sam Frizell

As Pope Francis reaches out to Catholics around the world in an effort to reinvigorate the church, the Vatican faces a wide ideological gap with popularly held beliefs in many countries, a new poll finds.

On issues like contraception, gay marriage, divorce and women’s admittance into the priesthood, the church is at odds with a majority of Catholics in many countries across the world, the poll shows.

But among Catholics worldwide, there are deep-seated disagreements about contraceptive use, gay marriage and the admittance of women to the clergy. European Catholics are much more inclined toward liberal positions and African Catholics to more conservative ones.

The poll, which was commissioned by the U.S. Spanish-language network Univision, found that just 5% of French Catholics oppose abortion in all cases, while 73% of Philippine Catholics and 64% of Ugandan Catholics are always opposed to abortion. And while only 12% of Italians agree with the church doctrine, “An individual who has divorced and remarried outside of the Catholic Church, is living in sin which prevents them from receiving Communion,” 78% of Ugandans agree with it.

And while 54% of Catholics in the U.S. and 64% in Spain support gay marriage, 98% of Congolese Catholics and 84% of Philippine Catholics oppose same-sex marriage.

As Pope Francis charts the course of the church, he has solicited the opinion of Catholics and opened up the church with more inclusive language but has yet to issue any fundamental changes in doctrine. 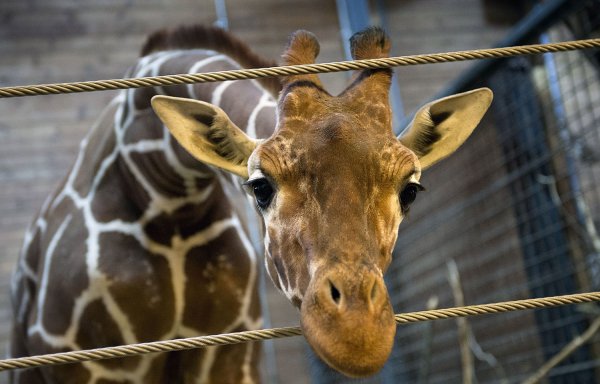 Did Marius the Giraffe Have to Die?
Next Up: Editor's Pick