How Whales Can Teach Us to Be Better Humans

A mother Humpback Whale with her calf in the waters off of Rarotonga, Cook Islands. Humpbacks in this region spend summers feeding in Antarctica, then migrate to the South Pacific to places like the Cook Islands where they have their calves and spend time in the warm, protected waters here. Calves spend approximately one year with their moms, during which time they learn many of the things they will need to survive.
Brian Skerry
Ideas
By Brian Skerry
Skerry is an award-winning National Geographic photographer and documentary producer, specializing in marine wildlife and underwater environments. His four-part docuseries Secrets of the Whales premiered April 22 on Disney+. Secrets of the Whales will also be featured in the new National Geographic book, Secrets of the Whales, on sale now, and the May issue of National Geographic magazine, The Ocean issue.

For the last 23 years, I’ve traveled around the world as a wildlife photographer and photojournalist.

The pandemic ground all that to a halt. Like most of us, I was home for more than a year. In that time, I reflected on what I’ve learned during those two-plus decades of non-stop travel.

My last trip, which ended in March 2020, was part of a three-year project photographing whales that focused on their culture and behaviors.

I came away with a striking observation. Genetically identical species of whales behave differently depending on where they live—much like humans. They form clans with unique dialects or languages. They develop cultural food preferences. They showcase special parenting techniques. They even hold singing competitions.

More importantly, they pass on these ancestral traditions to their calves. Not only are they teaching their children survival skills—they’re passing on their culture.

I also saw these sentient, highly intelligent animals display other typically human behaviors. They have personalities and celebrate their identity. Some whale species give their calves names and greet each other when they meet. They show love, empathy, and grief.

Family is immensely important to them. Within orca families, individuals live nearly five times longer if grandmothers are present.

Take sperm whales. These animals are shy and gentle—quite counter to their popular portrayal in Herman Melville’s Moby Dick. They roam the open ocean and spend most of their lives in the deep sea, searching for squid to feed on. They may spend much of their day in solitude. But they also have families led by the older, wiser females of the group.

These whales are especially challenging to study. But spend enough time with them, and you’ll see them occasionally gather as a family to socialize near the surface. I’ve been privileged to be in the water with them during these times. What I saw can only be described as love. They roll around together, rubbing against one another, gently biting and playing. They close their eyes and delight in each other’s company.

A family unit of sperm whales socializing underwater off the island of Faial in the Azores.
Brian Skerry

For an animal that spends most of its life in a three-dimensional liquid void, rarely touching anything, I imagine that these moments are pure joy. Although their lives in the ocean are difficult, they’ve learned to make time for each other. This alone must bring them bliss.

Perhaps my favorite observation took place in the Canadian Arctic with beluga whales. This population of belugas spends its winters in total darkness in the waters near Greenland. In the summer, when it is light 24 hours a day, they swim hundreds of miles through the Northwest Passage to reach their summer playground. It’s near land, where the water is shallow and slightly warmer. To produce images in these conditions, my team and I had to design and build new, remote cameras that I placed underwater before the whales arrived.

The photographic results exceeded our wildest expectations. But one aspect of their lives was a complete surprise—they play games with little rocks. In this shallow, three-foot-deep water, belugas will occasionally pick up pebbles with their mouths. They’ll carry them around for a while, and then drop them. Another whale then swims by to pick the pebble up again.

Ever since I captured these images, I’ve thought often about these polar whales living far away, at the top of the Earth. Their daily lives are busy and challenging. They have to catch food and take care of their young. They deal with social situations, where no doubt conflicts occur. And they have to face predators and serious threats every day. Yet they still make time to play. They find a perfect pebble and carry it around because it makes them happy. How wonderful is that?

We can see ourselves in these creatures. Humans also speak different languages, enjoy different foods, and pass down family traditions.

But perhaps most strikingly, we also rely on one other. The moments we spend with our loved ones are often the most treasured and meaningful in our lives. Just as belugas do, in between the hustle and bustle of our everyday lives, it’s essential for us to make time for other things—things that bring joy.

In other words, every now and then, each of us should pause our days and find that perfect pebble. My guess is that decades from now, they’ll be what we cherish the most. 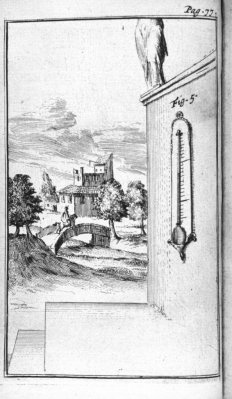