Too Many Moms Can't Afford Diapers for Their Kids. On Mother's Day, We Must Remember Their Need

Ideas
By Jennifer Randles
Randles is an associate professor and chair of sociology at California State University, Fresno.

In 1907, Anna Jarvis held a memorial service for her mother, Ann Reeves Jarvis, a peace activist who created Mothers’ Day Work Clubs in the 1850s to promote children’s health. The elder Jarvis’s commitment to hygienic childcare was borne of tragedy, as she lost nine children to epidemics spread through unsanitary conditions common during the 19th century. This was the genesis of Mother’s Day, and one many of us might wrongly think is now obsolete.

As Katherine Lane Antolini makes clear in her book, Memorializing Motherhood: Anna Jarvis and the Struggle for the Control of Mother’s Day, the day wasn’t supposed to fuel a multi-billion-dollar candy and cards industry. It was to be a day of service in honor of mothers’ contributions to support those in need. Mother’s Day became an official holiday in 1914, and florists, greeting-card companies and confectioners quickly seized the commercial opportunity. By 1920, Anna Jarvis had repudiated the holiday intended to recognize maternal sacrifice, not generate profit.

As a sociologist, I study how mothers manage diaper need, and while many of us call Mom and send celebratory bouquets on Mother’s Day, many moms are not having their most basic needs met: Nearly one in three mothers will struggle to get enough diapers for their babies.

Read more: How My Research Into the Biology of Mothers Helps Me Imagine a Post-Pandemic Future

Rapidly rising rates of mothers’ employment, higher standards of personal cleanliness and growing expectations for mothers to practice child-focused intensive parenting propelled the shift to disposables, which became available in high-end department stores by the 1950s and dominated the diaper market by the 1980s. Cloth diapering fell out of favor as mothers managed the second shift of childcare and housework after their paid jobs and increasingly relied on daycare centers that required costly disposable diapers.

As social inequality grew and social safety nets frayed during the mid-20th century, some women organized around the original intent of Mother’s Day. Coretta Scott King hosted the 1968 Mother’s Day March in honor of marginalized women and their children. In the 1970s and 1980s, women’s groups launched Mother’s Day political campaigns advocating for access to childcare, equal rights for mothers and the social and economic value of childrearing. But Mother’s Day never could quite reclaim its roots as a day of service and recognition of the sacrifices mothers make.

Getting back to the holiday’s intent, one thing we should recognize today is how many moms make significant sacrifices just to afford diapers for their babies. Diaper need remains a common and hidden problem of poverty, made worse by pandemic job losses, social isolation and diaper shortages. Families spend $75 a month to diaper one child, or 8% of a full-time minimum wage salary, and prices are expected to go up. Though diapers are essential for babies, they are not systematically covered by safety-net policies. Food stamps don’t buy diapers. Most states tax them as a paper product.

Read more: These Moms Wanted to Care for Their Kids and Keep Their Jobs. Now They’re Suing After Being Fired

Many mothers must rely on diaper-stretching strategies that involve avoiding public outings so children can go diaperless and leaving diapers on longer. But each missed diaper change can risk UTIs, diaper rashes and yeast infections. So mothers put off their own needs—food, period supplies and medicine—to save diaper money. They sell their blood plasma, budget to the penny and barter beloved items for diapers.

Every change that brings a mother closer to her last diaper can evoke anxiety, depression and doubt about one’s parenting abilities. Many mothers worry more about buying diapers than getting groceries or paying rent. Diapers are a need, not a luxury. But the ability to buy ahead, stock up and not give much thought to running out of diapers certainly is.

As we celebrate mothers this Mother’s Day, may we remember the holiday’s origins that recognized the maternal sacrifices necessary to keep children healthy. You can donate to a diaper bank in honor of those who have mothered, diapered and sacrificed for you. You can also advocate for diaper policies like the End Diaper Need Act of 2021 that would fund public diaper support, recognize diapers as a medical necessity and pave the way for diaper tax exemptions.

What better way of celebrating the mothers in your life than by equalizing the social and economic conditions of caregiving so that no mother must decide between her own basic needs and her children’s? That’s a gift that even the mother of Mother’s Day would have approved. 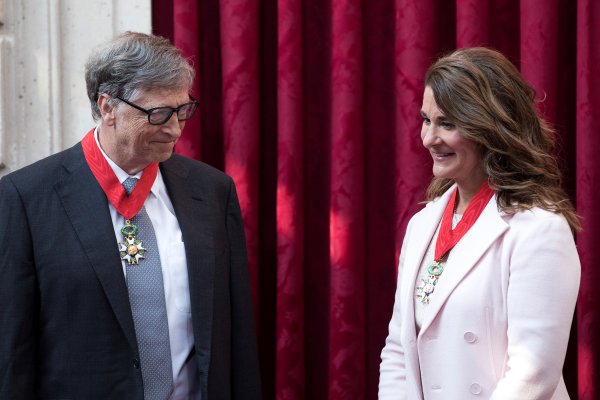